What is the origin of “File/Edit/View/…/Help” menu

A lot of software has a menu bar that starts with File, Edit, View, etc. Who did this first? Is there any evolution behind this?

The menu bar at the top, if not invented by Apple, was popularized by Apple with their Lisa computer in 1983. The Lisa's (and Mac's) UI was inspired by the WIMP interfaces created at Xerox PARC but had some notable differences. One of these differences was that the XEROX systems used 3 button mice and the command idiom was via a popup menu, while the Lisa/Mac had one button mice which didn't afford popping up menus, instead commands were via menus that pulled down from the menu bar at the top.

In the Xerox PARC systems the object oriented paradigm was pervasive, so popping up a menu on a screen object and selecting a menu item mapped nicely to object -> message.

Apple didn't adopt this pervasive OO metaphor, and grouped actions (commands) into groups. Almost all applications need the basics of "open" and "close", etc. so the "File" menu held those. "Cut", "copy", and "paste" were also very common actions, and it was conventional to have an "Edit" menu for that. Apple's Finder program set the pattern of "File", "Edit", and "View" menus and Mac programs tended to follow those conventions.

Microsoft copied the conventions of a "File" and "Edit" menu in Windows, but MS put a menu bar at the top of (almost) every window, not at the top of the screen. 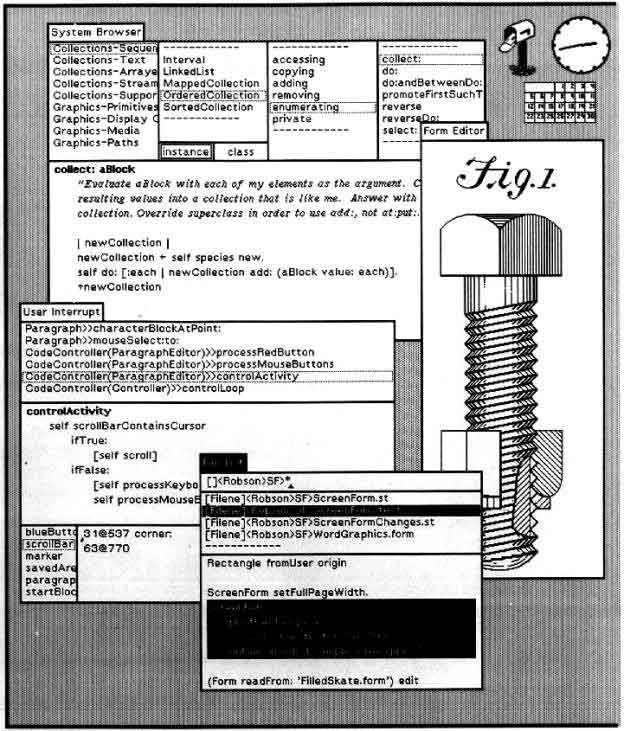 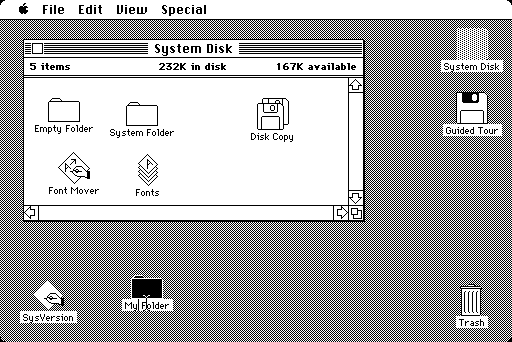 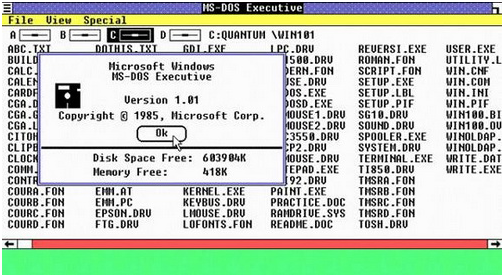 IBM's Common User Access specification in 1987 had a role in standardizing many of the menu items we are accustomed to seeing today.

Taking reference from this article here, and extending the same -

"The name folder, presenting an analogy to the file folder used in offices, and used in a hierarchical file system design for the Electronic Recording Machine, Accounting (ERMA) Mark 1 published in 1958 as well as by Xerox Star,[4] is used in almost all modern operating systems' desktop environments. Folders are often depicted with icons which visually resemble physical file folders."

1) The inspiration of the functionality/naming convention like: File, Folders, View, Edit etc seems very much to be the mimicking of the desk drawer/environment.

Link here - suggests this. "The 8010 Information System from Xerox (1977-1981) was the first system to use a fully integrated desktop metaphor and application suite. Initially the term "Star" referred to the desktop and application software. However the system as a whole became commonly known as "The Xerox Star." The software was later renamed to "ViewPoint", and later renamed again to "GlobalView."

This wiki about History of the graphical user interface is a very good resource to https://en.wikipedia.org/wiki/History_of_the_graphical_user_interface

Not the answer you're looking for? Browse other questions tagged menu history or ask your own question.

23
Where should the “preferences” item go in a desktop application?
10
What is a good replacement for the menu bar in a Windows app?
5
What is this menu style called?
26
Help menu - “?” or “Help”?
3
Should the main drop-down menu in an application always be titled “File”?
5
Should main drop-down menu always be titled File
4
Are iOS iPhone tabs + context-dependent side menu the right choice?
0
Are there any usability issues with putting a file menu in an application's chrome?
2
What is the name of the reveal-menu-bar-on-Alt interaction?
6
About Commanding in UWP apps. What commanding approach is best? office like?, UWP? or classic win32?