What is the common practice for app bar behavior when navigating from Home to child?

My use case is this: users enter the app and land at 'Home' - which includes a link to a child page, 'Element 1'. Element 1 is also accessible from the Navigation Drawer. 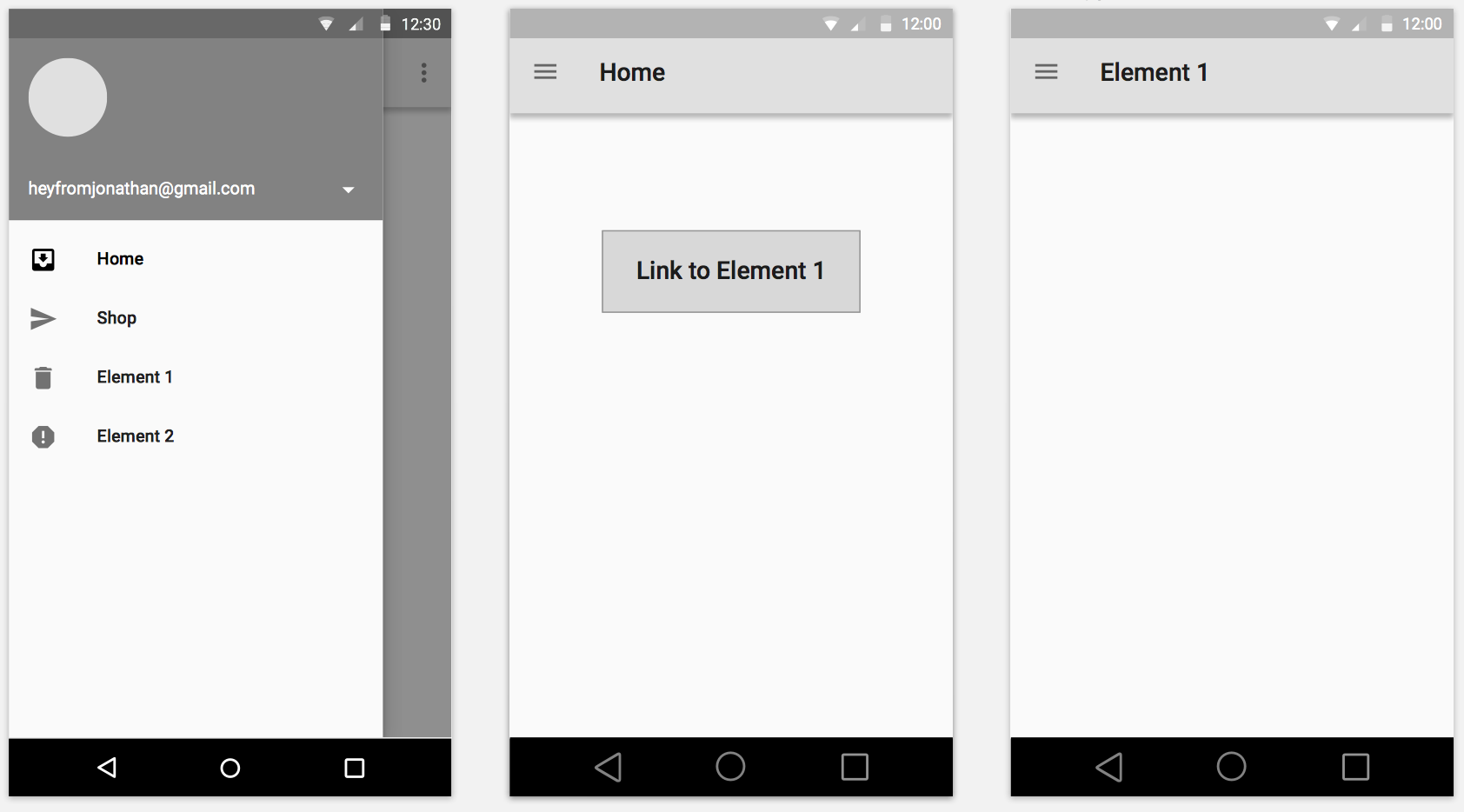 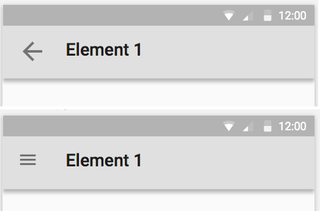 Good question, since it points out one major issue: The difference between Android and iOS.

You might want to take a look at the Android specifics on this topic: https://www.google.de/design/spec/patterns/navigation.html#navigation-patterns

And for understanding the difference to iOS, you might find THIS interesting: https://developer.apple.com/library/ios/documentation/UserExperience/Conceptual/MobileHIG/Navigation.html

So, you find one major difference here: Android's "BACK" button - how you called it - is NOT a back button. It is an "UP" button. While iOS has no off-screen button, but Android has (arrow back on the bottom of the device), Android provides an additional navigational possibility. "Up" will bring you one hierarchy step higher, while "history back" removes the top view off the stack and leads you to the step you have been before.

You asked for "will I have to keep the Hamburger?" - Not ultimately. The drawer on Android is always accessible, if it exists, even with the hamburger menu not presented. You still can slide it out from the very left of the screen.

So - on Android, if you are not on top level of a page set, the UP button is visible to give you possibility to navigate one page level up. On iOS, the "back" button is implemented often in the second top bar, while the hamburger menu stays where it was. This is due to the lack of a "native" history back button.

Anyhow - if you go for mobile web design (not apps, but web) I strongly recommend iOS behavior, which heavily depends on back-and-forth structures, rather than on different page hierarchy levels. Why? You will have a mixed audience, and iOS users tend to not understand the UP-functionality at all, since this is very Android specific. This then also includes keeping the hamburger menu visible all the time.

If in both cases you are getting to the same content, it should be consistent. Based on the label of the menu item and homepage link, I am assuming you are.

Which option should it be?

Use option 2, where you show the hamburger icon next to the page label.

Other items to consider

Displaying page title at in the bar