In Android there are detailed guidelines about step by step navigation/input. 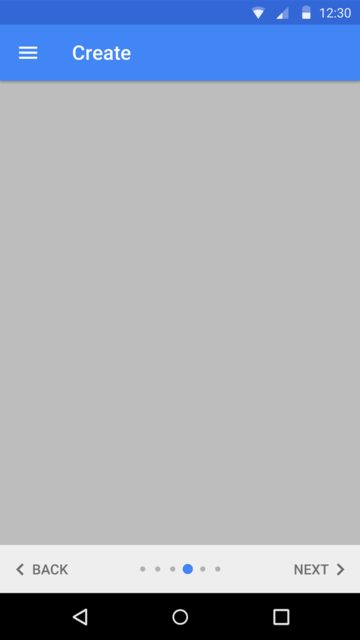 In iOS there are guidelines (further down the page) for page controls, which are equivalent to the dots in the screenshot. But they do not seem to be intended to be used as step controls.

Now I would like to have the same functionality as in the screenshot in iOS, what would be the equivalent to Android there?

EDIT: I need this form of structure in my app because the user is sometimes supposed to enter information step by step.

First off there are very few areas where I'd recommend the onboarding screen flow suggestion. Not that those don't have beautiful designs, but a lot of research shows that users do not read them and as they become more popular users get used to swiping through so they can explore the app on their own, but I digress.

As far as the step by step navigation, I'd recommend taking a look at the iOS new phone setup or recent OS upgrade process seen partially in the attached image. I don't want to reset my phone to get the whole flow but this would feel familiar to me. As you progress you're given the typical "< back" and "next >" options in the upper left and right corners. As an iOS user, I've been through it in the setup process and in my opinion would be your best bet at mimicking something from the OS. 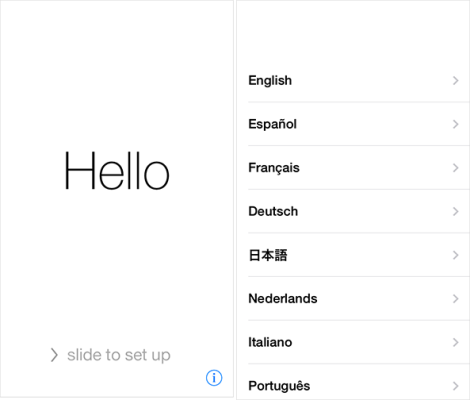 Not the answer you're looking for? Browse other questions tagged mobile android ios multi-step or ask your own question.

3
What are the UX design considerations when placing all navigation and action controls of an Android app in the Main Action Bar?
2
Standard margins in iOS for info display
4
Is there a best practice for direct access to all steps of a multi step process on mobile
1
Navigation ideas for multiple categories - iOS
6
Why is a scrollable bottom tab bar discouraged?
0
Designing for IOS and Android
1
Accessibility guidelines for Mobile Apps
3
Swipe for Action: iOS vs Android
0
What are some good UX pattern to implement drag-n-move, and multiple selection