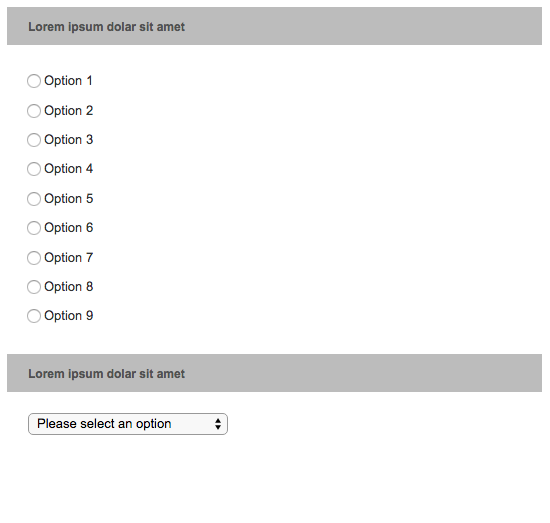 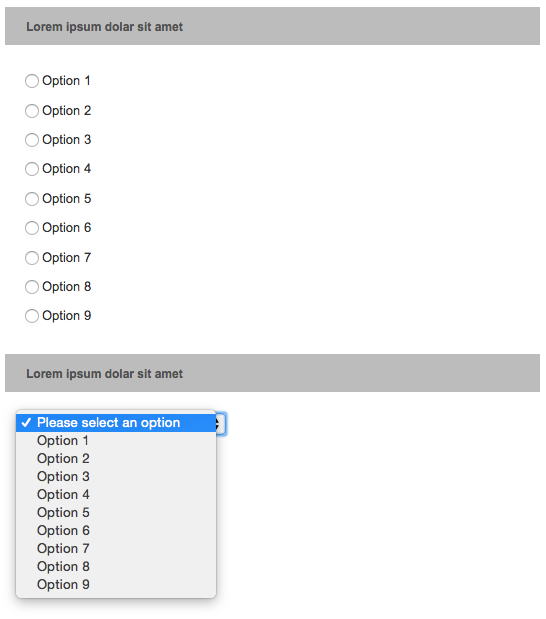 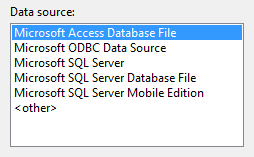 2
Using mixed radio and checkbox buttons - is there any efficiency or usability gain in the design?
5
Choice with a Radio button group
24
Radio buttons with none selected
8
Checkboxes or Radio buttons: Only one or zero choices
3
Optimal way to display long radio buttons on mobile
3
Consistency or best ui control?
0
Layout for a page full of radio buttons
0
One checkbox or two radio buttons? Is there a case where both are acceptable?