An illustrated interactive map has been designed for a real estate brokerage company trying to emphasize the focus on a particular subset of a neighborhood. The users are having difficulty figuring out the map is interactive and will provide additional info about a building when they click on it. (Right now they think it's limited to hover interactions). Website URL is thebambergergroup.com

Are there any recommendations on best usability practices for an animated map with isometric projections of buildings? How can we make it so users can intuitively figure out they can access more detailed info on a particular building? 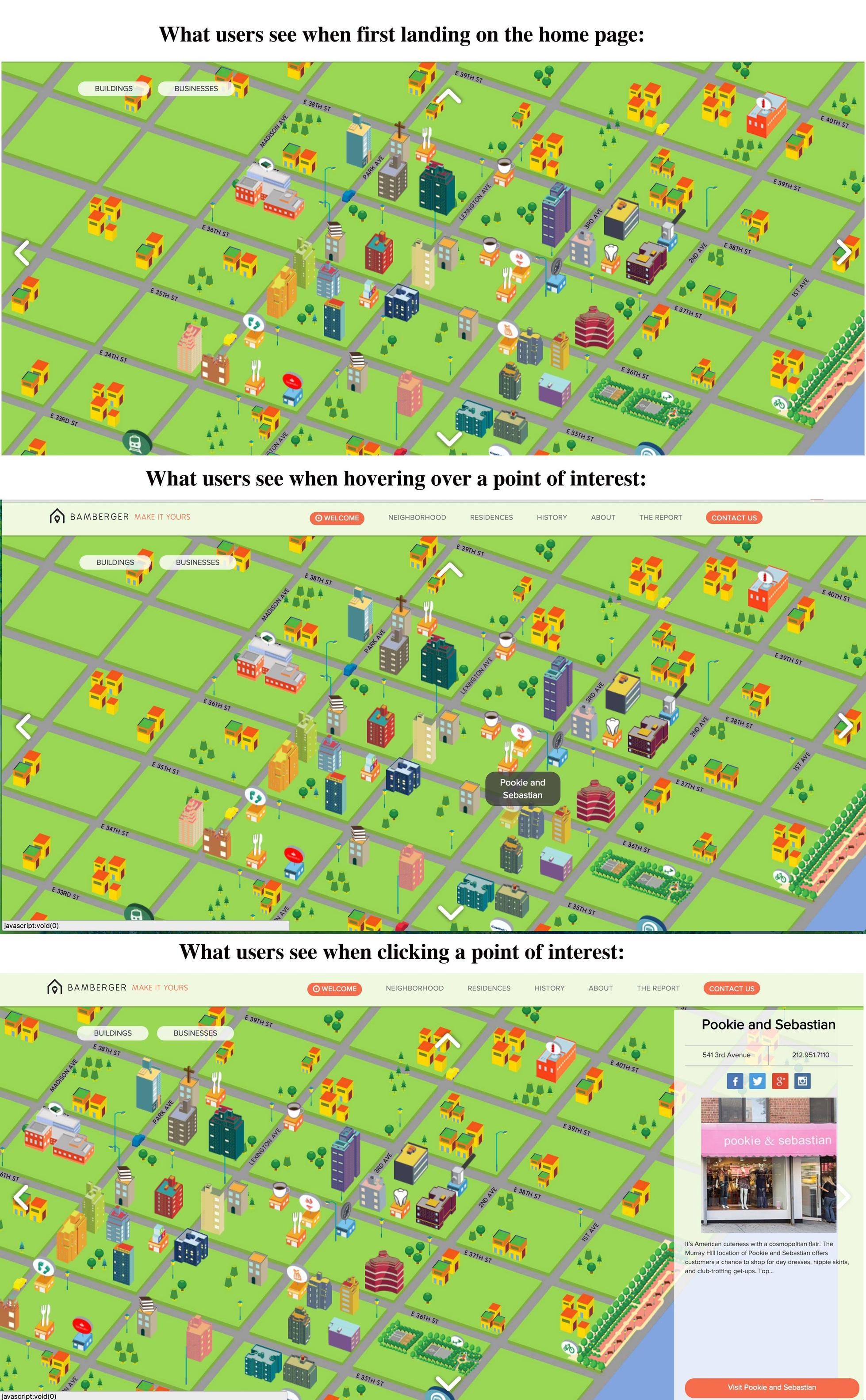 Live version of the map

Are there any recommendations on best usability practices for an animated map with isometric projections of buildings?

From a cartographic perspective, you should follow the same guidelines as working on a regular web map. From what I can tell, you have most of them. I would consider a few things though:

How can we make it so users can intuitively figure out they can access more detailed info on a particular building?

In relation to your solutions, keeping the toggle buttons in the top left is good as it doesn't interfere with any of the clickable buttons (like the subway if it's in the bottom left). The tool tip is good, but it's very jarring, so I would blend what's already there with yours. I would use the color and opacity of what's there with the style (including the point and enlarging it) of yours. For the text, I would consider either expanding and including more information or doing as you suggested and removing it all together.

I visited the site.

I think #1-3 are relatively easy fixes that should help a lot. But the map really needs fixing visually. 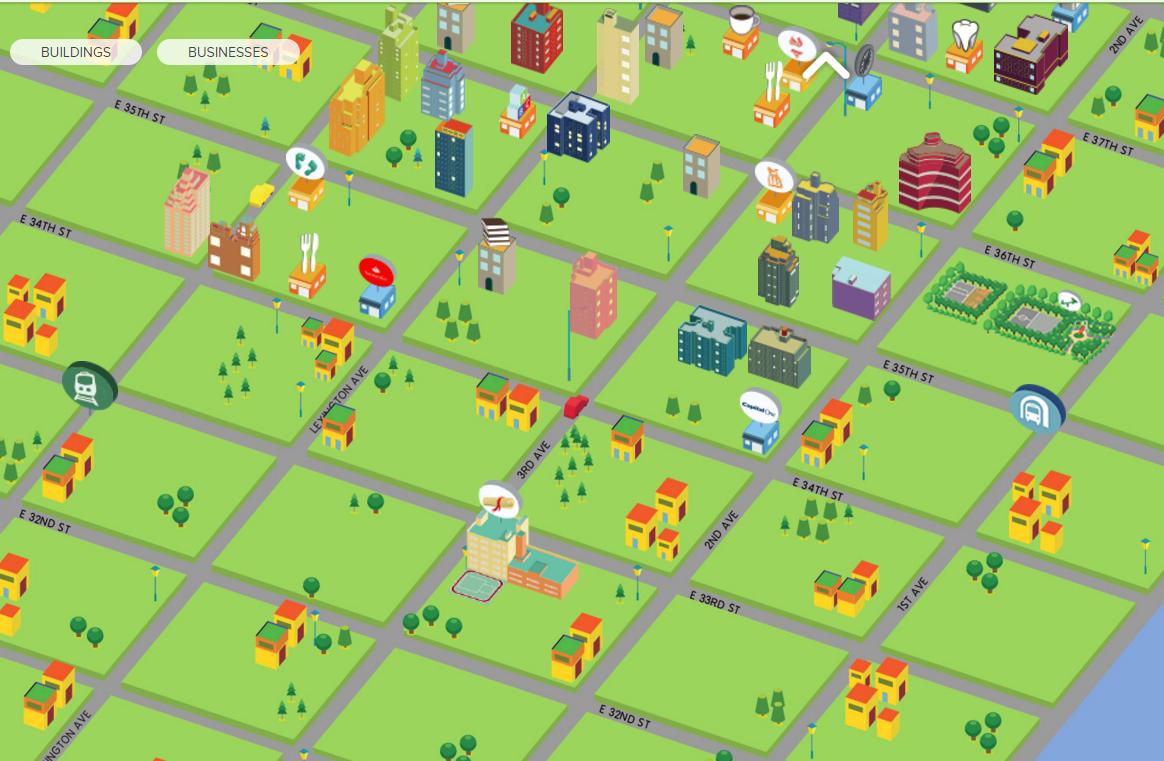 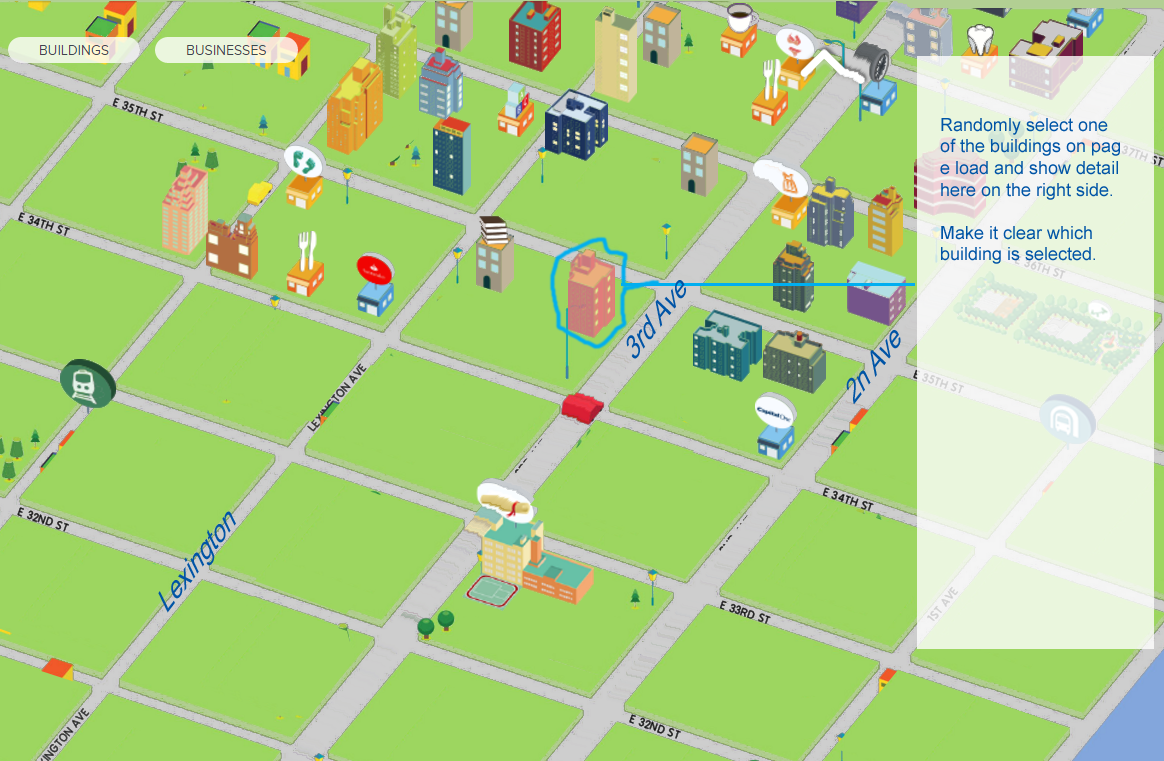 After 2- (with listing on the right side. When user clicks on a property in the listing, then the site will show the Detail view on the right, and the Map will reposition to reveal the highlighted property) 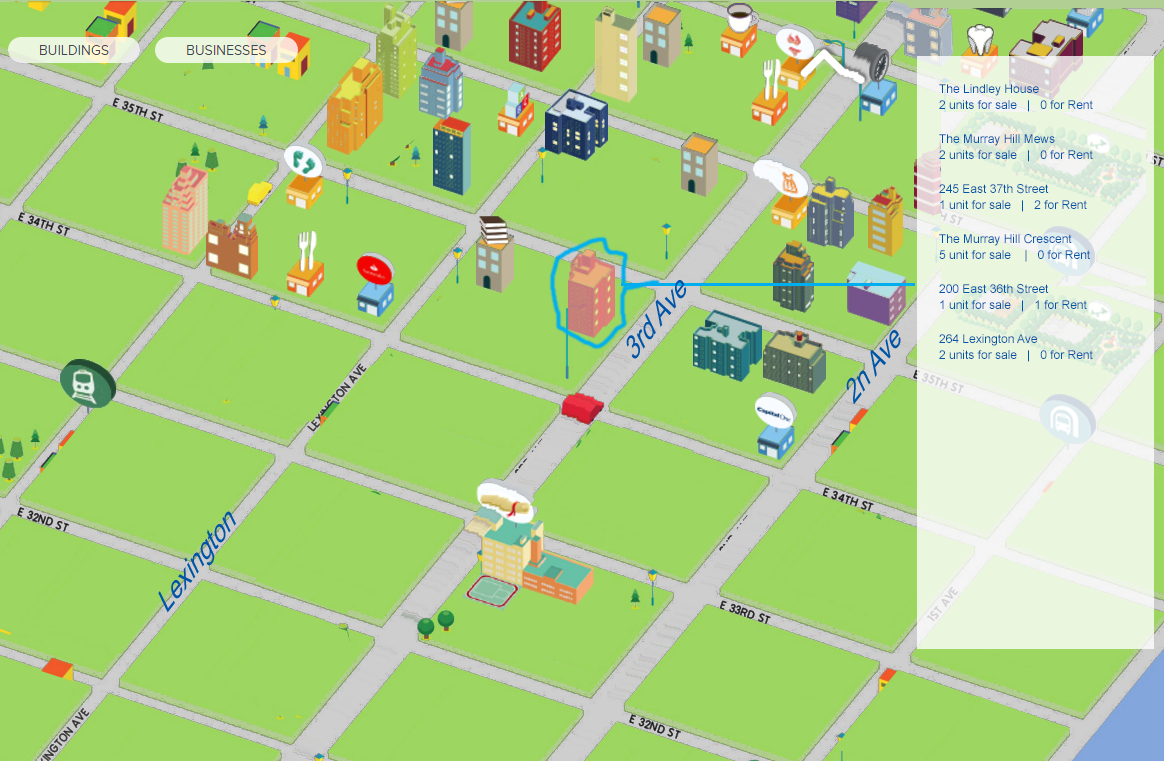 One thing that stands out to me is the disconnect between the illustration and the real world setting of all the buildings. Every building on that map is in a dense urban area. However, the map implies that they are spread out with massive green areas and trees in between.

As such, the map is creating a rather large disconnect with reality. I'd suggest you consider borrowing heavily from other real estate sites that leverage real world maps...even isometric views. Then, from there, highlight the buildings on the map you wan to highlight. This allows for some additional affordance for the user (they will see that some buildings are marked while others are not, implying the marked buildings can be interacted with on some level).

Not the answer you're looking for? Browse other questions tagged interaction-design user-behavior user-centered-design users maps or ask your own question.

1
Optimal shape for interaction with a map
2
Custom style google map
9
How to manage scrolling issues of a full-width embedded google map in a webpage?
3
User Journey Map
1
How to represent a n-dimensional map of users?
9
How to improve the user experience of an illustrated map?
1
Representing a vehicles speed and velocity as a map icon
1
Should items of Interactive map of regions also be a navigation item?