I've read some articles recently touting Facebook's use of dummy content and text and image placeholders during load processes, stating that using a spinner wheel w/messaging alone can increase bounce rates and that having images and text appear in place of the dummy content helps keep users engaged and gives an illusion of a faster load time. That said, in real-world implementation, Facebook is still really the only example where I've noticed this done.

My question is - is the popular opinion that this is the standard we should be looking to follow during these processes? And if so - are there other examples of this type of implementation I could refer to before suggesting going this route? 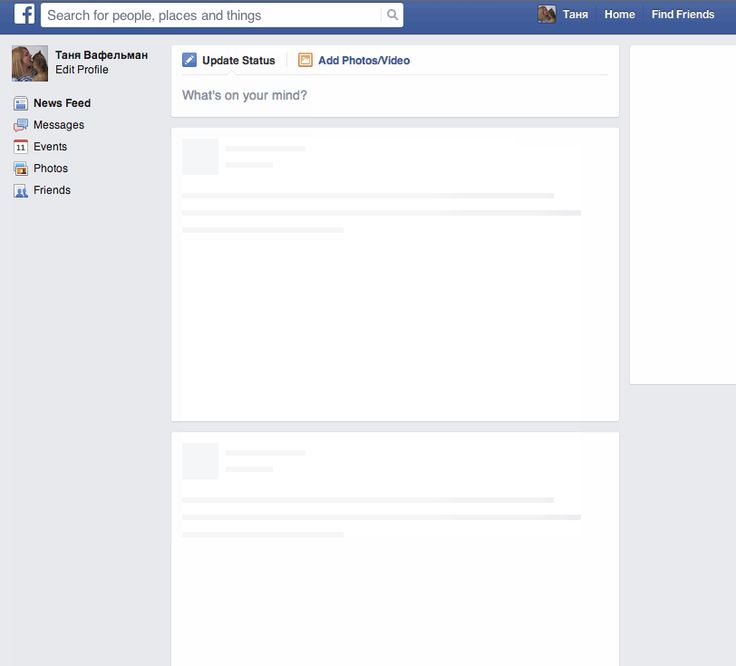 Wordpress does it, too. It’s better than no feedback or just a meaningless spinner, but worse than showing content immediately, which is the case sites should be optimized for. It’s really annoying that in 2016 small text fragments and a thumbnail image on billion user billion dollar sites don’t appear in zero time on a reasonable fast connection and computer (read 2+ Mbit/s and multiple core desktop).

Back in the day, when computers and network connections were generally slow, much thought and time had been put in delivering the most important bits first, e.g. the hands of an analog clock widget were rendered before its hour labels and images would be rendered progressively as more data arrived. On websites today, this user experience optimization may seem to conflict with “search engine optimization”, but it really should be the same.

Site loading should be optimized for the current or expected next user action. If the user is consuming content, that should appear first (even if not styled perfectly yet, i.e. embrace ‘FOUC’), but if they’re navigating, the chrome should take priority. Buttons and links once displayed should not jump away upon further loading, because the user may already trying to point and click (or tap) on them.

Obviously, the perfect answer would be "Zero Loading time is always better" ; we all know reality is different.

Use dummy data will make clear to your users that only data are loading, not the whole interface. This will really increase their opinion of your service or app.

In my opinion, the best option would be to use dummy data AND a "Skeleton" of your interface. According to Luke Wrobleski, skeleton will be better than a classical loading spinner animation. 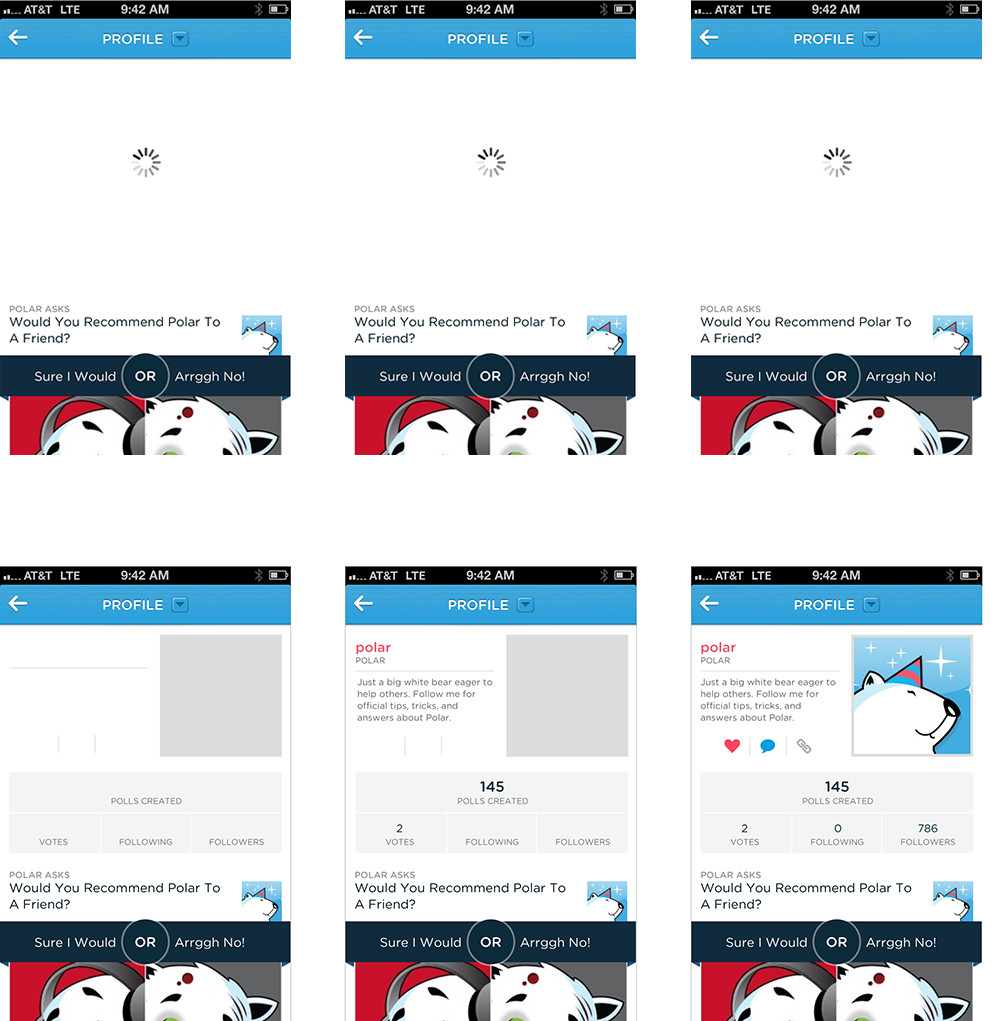 Personally yea I like having the dummy content, at least for me it does make it feel like things are actually happening while waiting for a page to load

Not the answer you're looking for? Browse other questions tagged content response-time loading placeholder spinner or ask your own question.