I've this problem: as a policy, we usually strive to leave out gender considerations if possible. If not possible, we use a wide range of genders . Not as extreme as Facebook, but something more rational around physiological genres (Male, Female) and commonly accepted LGBT concept (Lesbian, Gay, Bisexual, Transexual).

Problem is that now we need genres based on physiological aspects due to an algorithm we're using were physiology is the key (and obviously, a woman is not physiologically the same as a man, despite the chosen gender identity).

Our closest solution is to include male/female and a short message explaining the reasons for this. However, this approach deals with genitalia, and transexuals were born as one sex and now are another sex, which means that physiological aspects are mixed.

So question is: is there an accepted way to deal with this kind of problem without leaving out anyone, yet covering all bases?

EDIT: this is for a healthcare app dashboard The thing is this app uses an algorithm to define certain specific vital stats that are different for males and females BUT transgender uses hormones that modifies some of these vitals. We don't know until at least a V2 if the app will have transgender users, so my question goes around some wording or conceptual approach to deal with such sensitive information. Note that We're ok with just using male, female, other ** and if **other is chosen, explain the Other option and why we ask for that, but I was wondering if there's a better way

EDIT 2: I completely forgot about this question. For those interested, we went with "Other", and when this option is selected, a dialog with a sensible message pops up asking user to specify what they mean, and also requests information on treatment based on their answer. Thank you Zoe, Ivonne and all those who commented, you were really helpful. Sorry for being this late

If this is a healthcare app, there is at least two very different ways to tackle the issue, based on the diversion of mental health and physical health. If this is a non-healthcare app, asking for this kind of information is quite invasive.

Hoping this is a healthcare app, to give a definitive answer I would need more information on use cases, but based on your question:

Important thing here would be to add a memo tooltip where you would explain why the service needs such private information. Another important thing would be to never mix language for gender (social construct and compound of behavior) and sets of genitalia, because these are two completely different things.

Upd: adding a classification for clarity: 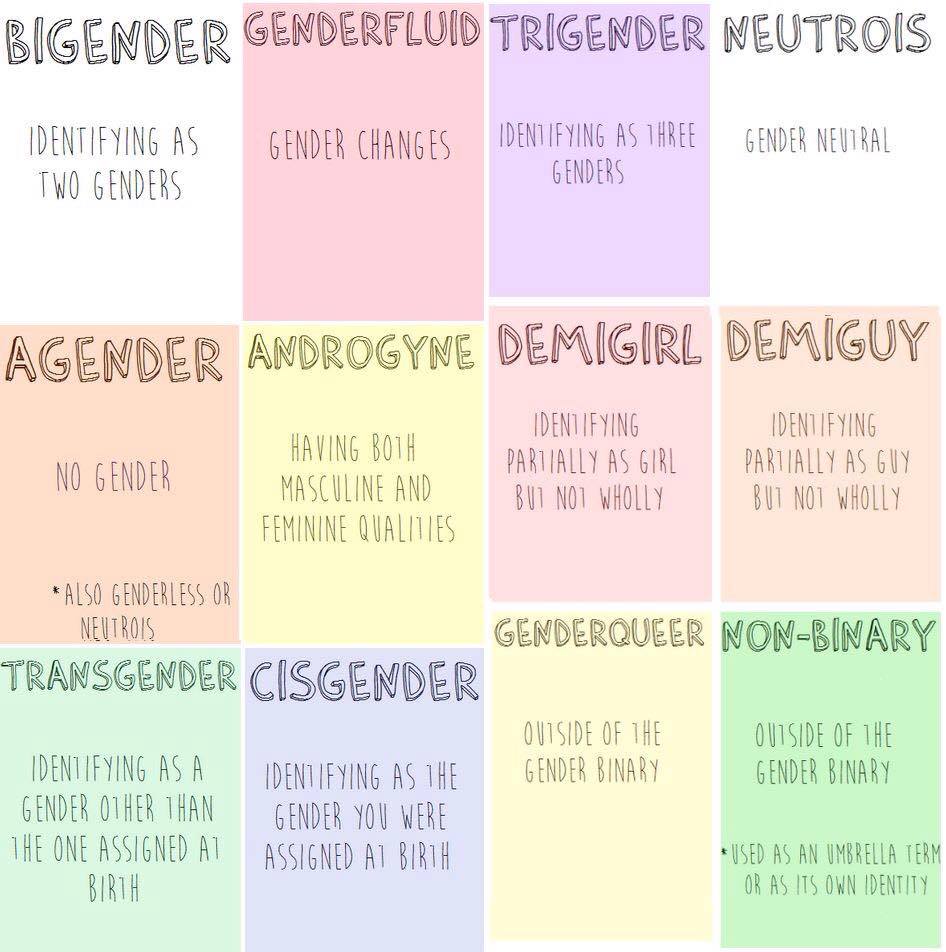 As others have already pointed out, gender is about identity, and sex is your biological sex, and then there is sexual orientation (heterosexual, gay, lesbian, bisexual, asexual) which should not be confused with gender or sex.

Biological sex can include male, female, and several different forms of intersex.

There are seven different characteristics which can indicate biological sex.

If you actually need physiological information, then as suggested above, you would need to specify why.

Check websites about both intersex and transgender people for more information.

And by the way, Facebook actually consulted with the LGBTQIA community when they developed the categories they use.

In an application that I worked on, information about people being transgender was hidden away in a separate section and displayed only to the equal opportunities people.

Not the answer you're looking for? Browse other questions tagged user-centered-design wording gender or ask your own question.

6
'Sex' or 'gender' on apps?
4
Alternative gender selection radio buttons
3
How to ask about biological gender

4
Is there any research on the color schemes which work with different genders
8
Which gender should I write to
16
False identification of gender on website registration
2
What is the difference between UD and UCD?
0
User involvement in UCD analysis
10
What is the difference between user centered design (UCD) and Design Thinking?
0
How to include a visual for gender option "other" without being offensive?
4
How to design inclusive icons/images representing different gender identity/preferences?
4
Handling gender in statistical test data