What is the Button's Unpressed and Unhovered State Called?

What is the proper name of the state for a button that is not hovered and not pressed?

I need it to properly describe this state in the code comments, named constants, etc.

I first used the word "Normal State", then thought about "Idle State", but don't like either.

I usually use the term neutral state in my code. "Default" doesn't capture the idea for me because a disabled or active state could be the "default" for certain elements, as @Devin noted. I prefer to reserve "default" for situations where there is an actual initial value of some kind associated with an element.

It could be default and everybody would understand it, although it's not completely correct, because once the user interacts with the button (for example, it's pressed), then s/he may miss which status was the default.

Also, some applications have buttons with different statuses on load (for example, ACTIVE status) , so for that button, the default would be active, which of course is not correct.

In short, the answer is as simple as NORMAL. See examples below: 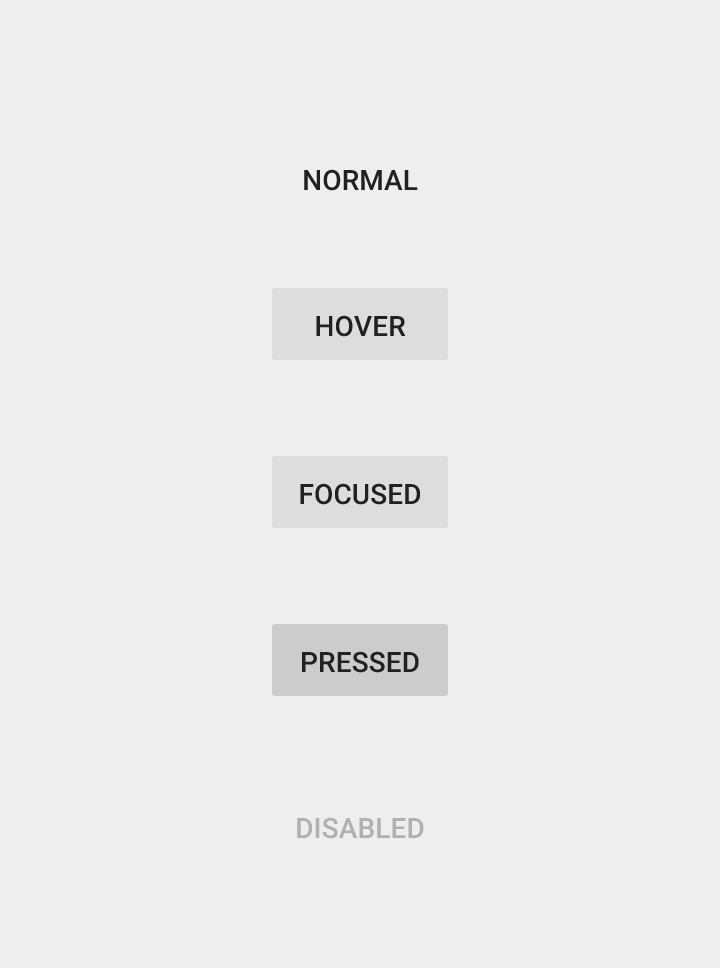 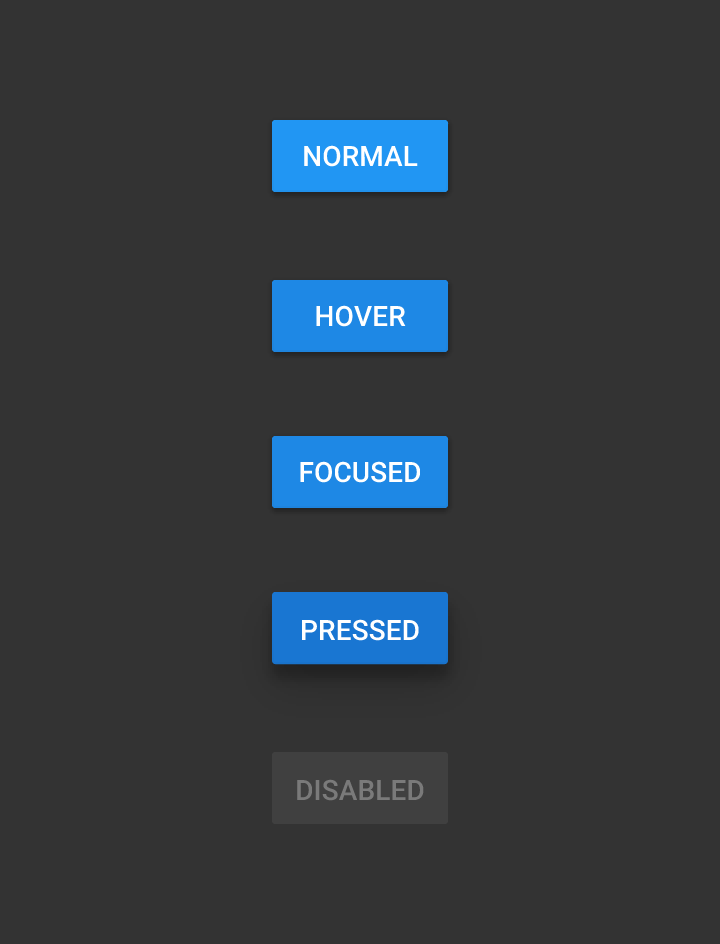 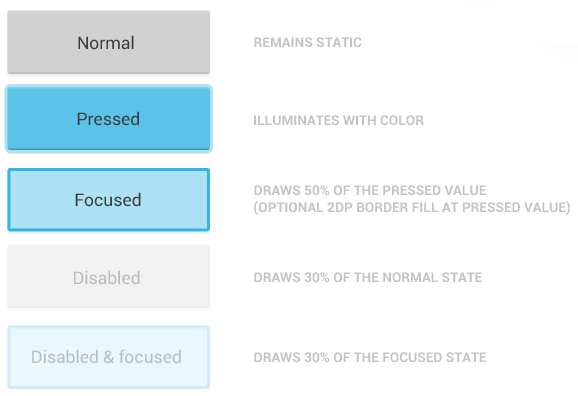 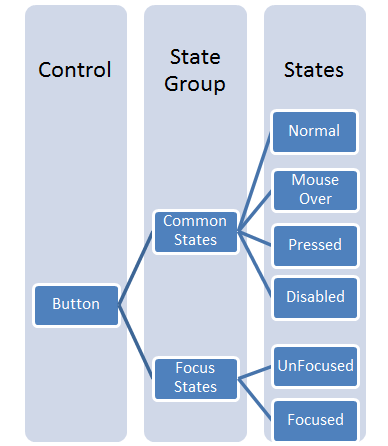 But again: default is understandable. You may also find this state named as idle, static or base as well (and probably in some other ways)

I guess simply default state would suit the button the most.

It may be a bit oversimplified , but perfectly matches the occasion since it is for commenting and the purpose is to convey the message.

By convention (during styling) we will refer to default style of a button and removing the default styles. So for even a naive user default will be perfectly understandable.

It is also known as the "up" state.

This was implemented mostly by Adobe, with references to it in all version of Adobe Fireworks, as well as since the beginning of Adobe Flash, and even currently with Adobe Edge. It is referenced in many UI books, usually reference as the four states of a button (up, over, down, disabled). Most tutorials at Lynda.com also reference it as an 'up' state when describing the stages of a button.

.. There are plenty more sources but I am limited to only posting two...

However because pseudo-classes can be combined this is not a distinct exclusive state. This is why there is no pseudo-class to use as a name for this state.

That's why we end up calling it default.

17
Save vs Save & Exit
2
What is a standard Visual design effect to indicate default button?
4
Should a tooltip on a stateful widget describe the current-state or next-click-action?
9
What are some ways you can encourage people to read the Instructions?
3
Paste address into relevant contact fields
4
How do I get people to stop typing the state into the city field?
1
How to make it clear which button is the Primary (default)?