Sometimes pride doesn't let you but I decided to put that aside and ask for some extra opinions from minds like mine! Sorry for the long post, have to analyze my thoughts to explain my issue.

I have been designing an app that contains a huge multi-column list in part of the page like so:

Although it looks like it, it is not render in table, but rather in column lists so that they can be manipulated easier. The screenshot is from a 1920x1080 screen and you can see about 6 columns out of the 60 in this list. The items have to be sortable. I tried different approaches.

a) Currently as you can see in the second column, when hovering on the title 4 icons appear which are: sortable, fix column, sort data, resize column. After a lot of effort I managed to use sorting properly - mainly because of other issues, the list uses a responsive fixed header - however, dragging a list item OFF SCREEN requires you to move the mouse up and down on the side of the screen to move it to the far right.

b) I tried using an 'edit' button with a side-drawer that opens on the right and then use a netflix type sortable: either drag'n'drop element or type it's sort order in the input box. Vertically more items fit on screen and it is easier to scroll screen using a mouse with a draggable object vertically than horizontally. I hate the UX though, I mean a user could think - 'hey, the lists are right there, why not allow us to drag'n'drop the columns? This must be a stupid UI designer'

c) I tried using an edit button that opens a modal and there you have a vertical list similar to the above drawer. This isolates the view which is both good and bad; good because you can easily achieve your task but bad similar to b) above - why be able to resize/fix/sort data in current view but reorder in another view?

I've been bothered by this for far too long, that's why I am here and open to all kinds of ideas. Strangely enough, on mobile things are a lot easier. People EXPECT an action to be taken before being able to issue a sort-drag action. So it's easier to use a button to 'sort' items and sort them. I have created a similar design to another part of the app that works quite nice on mobile - on both iphone and android. 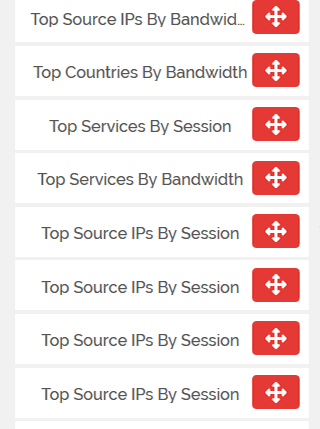 Any suggestions are welcome! From the 3 above solutions, the LEAST BAD is the modal one. However I need something that is not bearable but fun and easy to use!

Edit: Clarifying a couple of things. The table is not a conventional table per se, as it is not rendered as table > row > cell, but rather column > table > row > cell so that each column is an individual element and is allowed to be dragged and dropped easily.

To get things out of the way, the lock fixes a column on the left (as a position:fixed element), sorting works instantly and sorts data in the rows and finally resizing resizes the column width on-the-fly.

I care about functionality on both touch and non-touch devices, but my main concern is re-ordering columns on desktop using MOUSE.

Now the problem is that dragging a whole column from the first position to the last, which can be up to 20000px away is really awkward. Moving the column on the right side of the screen to push it at last position is sluggish and needs the mouse cursor to be moving up and down to continue the scroll.

Let me start with citation from Jakob Nielsen:

Drag-and-drop designs are often the worst offenders when it's not apparent that something can be dragged or where something can be dropped. (Or what will happen if you do drag or drop.) In contrast, simple checkboxes and command buttons usually make it painfully obvious what you can click.

In my opinion, works better when there are few items to reorder or almost all of them are visible on the same screen. This for few reasons:

Moreover in your current design you don't have any (visible) signifier, it may not be obvious that your columns are sortable (somehow).

I agree with you, even if interaction is much better than with approach A. In this case users will have a permanently visible list of items which duplicate what they already have on header row. It's a waste of space and absolutely overkilling for reordering (especially because you won't keep it open for your whole session).

You used this on mobile applications but here it seems you're working on a desktop application (at least from screen/text size on your screenshot).

It may work well also here too but you should also address issues described for approach A: mouse only sorting can be annoying and/or difficult.

Moreover do not stick to simple lists, if you're already changing items natural flow (left to right) to top to down then you may save space and use a grid. A grid will save a lot of space on your screen and it may make drag and drop easier (because more items will fit on the screen). Next image shows a (very raw!) example of what I mean with grid layout: 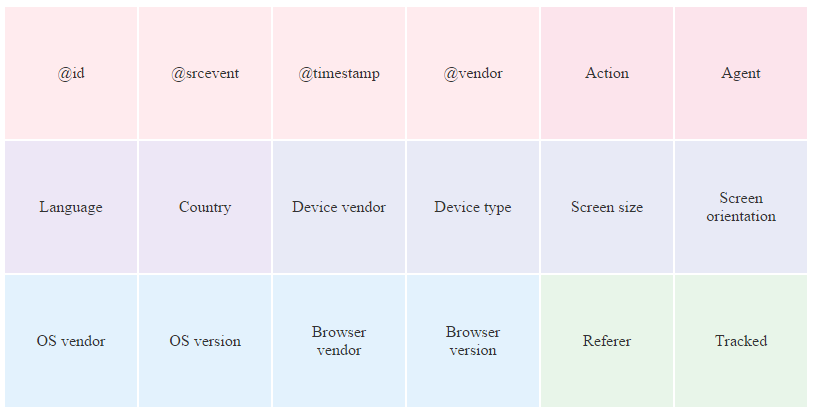 In this example I'm using boxes as placeholders, they can arrange much more information (see later). Note that each row in this grid contains columns that fit one page of your view, let me abuse and call this fixed layout. You may have white space on both left and right sides. An alternative approach is fluid layout where you fit in each grid row as much column as possible, regardless how they will be displayed in your horizontal header.

In this mock we have background color (for groups), icon and text to identify each item plus an (optional?) informative text (in this example the count of unique values for this column). Note that this is just box internal layout, final design must include a signifier for dragging but dragging should be allowed clicking anywhere in the box.

With grid layout you may allow reordering with buttons in all directions.

If you include ◀ and ▶ I'd avoid (if your header layout allows this) to put them on each column because buttons will move together with your column and this will force user to follow them in their trip. If they are in a fixed position (let's say at right side) user may simply repeatedly click on the same button to quickly move an item. If you use an in-place approach (contrary to modal dialog approach) then you also need to introduce a selected header column.

I'm a little confused, so I need to ask some more questions:

In general, I'd go for (a) and avoid (b) and (c), because (a) is direct manipulation and allows previewing during changes.

The most important (frequent) action is sorting the data, I assume, and should thus be quick. If you need sorting on a single column only, a click on the column header can cycle through ascending, descending, unsorted (shown by an icon). If the data must be sorted according to two or more columns ("srcevent first, if that's equal order according to timestamp"), you need more, of course.

If mouse-only, the standard solution to reordering and resizing columns is drag-and-drop. Clicking the column header (or the column border) changes the cursor, and dragging shows a continuous preview of the result.

You can try to handle removing columns by dragging as well: Either remove the column when the user drags it outside the table (should be announced by a change in the cursor so the user knows where to let go). Or, invent a "column storage" somewhere (the rect on the right of the column header above the vertical scrollbar?), where the user can drop the unneeded columns. To get a column back, hovering this space can show a list of draggable columns. (The fancy solution is to animate columns dropped outside the table to this place - indicating where to find them again :-)) Alternatively, use a context menu (on column header) to remove and redisplay a column (a list of checkboxes with columns).

Not the answer you're looking for? Browse other questions tagged usability drag-n-drop modal-windows sorting drawer or ask your own question.

10
What to do with too many columns in a table?

2
How to accept multiple types of input to a table cell?
7
Sorting tabular data using a dropdown menu?
1
Implementing three column sorting styles
1
Designing a drag and drop sortable that can sort its own contents and copy its children into another sortable
3
How to indicate sortable elements
4
Sortable & Filterable Table - Best place to return to once filter cleared?
1
Which of these is the right way to let people reorder columns in a table
2
Best way to sort a multi-column list: Top to bottom or left to right first?
1
What should be the main content behavior when side panel displayed?