I have a website that was designed to have a side menu running along left side of the screen from top to bottom. Works great, looks great, but I'm having some issues when it comes to making it responsive.

The way the side menu was designed, when open it "pushes" the web content to the side a bit so the menu has enough space to exist. Obviously, this creates a bit of an issue on mobiles as it eventually pushes the main content into a space far too small to exist in.

My original idea for solving this problem was to remove/hide the menu when browsing from a small device, however it seems like a really bad idea to remove navigation.

The new/current running idea would be to modify the side menu so that on mobiles, instead of pushing content to the side, rather it appears over the content. However, I have been told that it seems like bad design to have a menu appear over content on a page, hiding said content from the user.

I've created a basic mock-up of the situation here: http://jsfiddle.net/dv64q6xf/1/

Would it be bad design to allow this side menu to embark on top of the main content? Alternatively, would there be a better way to handle this?

When user is trying to navigate to another page of your website, their focus is only on the current goal which is to navigate so hiding content doesn't hurt at all

See the image below for how Paradeiser Nav works, go to their github page and use it 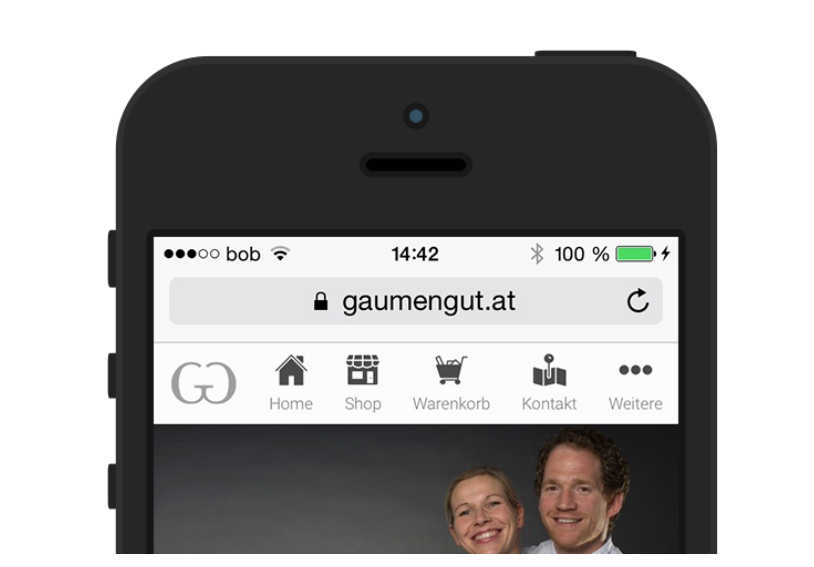 it's not a problem.. Just when the user clicks on a navigation link, your side menu must push out.

Hiding your content is a better option according to me as it focus the attention of the user to the options you are providing.

Not the answer you're looking for? Browse other questions tagged responsive-design or ask your own question.

7
Responsive design Pattern for secondary navigation - is there a way not to swamp the user?
1
How to Design a better Timeline Navigation for Responsive Pages?
6
Do users really want responsive dumbed down versions of websites?
2
Best way to stop a navigation from wrapping by changing design?
3
UX design of a dropdown menu trigger for responsive sub-apps
2
Full-width dropdown vs left sidebar on mobile
0
Best practice for responsive vertical side menu
0
Design was made to look perfect at full and fixed width, how to deal with it on wider screens?
1
Where to put the table of contents on mobile
1
Too many expanding panels, not enough room