Should the row numbering of a table update if a row gets removed?

I have a table with automatic row numbering and the user can delete rows.
My question now is if the row numbering should update if a row gets removed. Are there any UX drawbacks from doing so? I imagine that it might seem odd to have number gaps.

What are the row numbering for? Are they simply a way to identify the data within the table? If so users are comfortable with the row numbers identifying different data when the table is sorted. And there are many programs in which users update and delete information, there should not be a problem in having the row numbering update.

The only use case where there would be a problem would be when table row numbers refer to specific data - functioning almost as a unique identifier - then, in that scenario, one could not update the table row number. 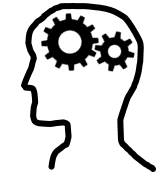 Alternate identifiers? How long must a row number remain associated with specific data—is it seconds or hours? If it's for a long duration, then wouldn't you say the row numbers are part of the data? And, if so, perhaps the data has other identifying numbers or names that can more permanently be used instead of row numbers.

Is the purpose of the numbers simply to help the user track which rows have been dealt with? There are other design solutions to help users do that. Consider a check box, for example:

Does the number add value to the experience by counting the quantity of rows completed and remaining? If so, can progress be inferred by the user's action and then auto-calculated, numerically or visually?

In the case of horizontal scrolling, row numbers could (be a kludge to) help users confirm that they're looking at the intended row. In this case, freezing the identifying column and reducing the number of columns might have the same effect. One way to reduce the number of columns is to combine data. Here's an example that displays data from four columns in one:

Not the answer you're looking for? Browse other questions tagged tables or ask your own question.

2
iPhone button on screen with table view: last row or outside table?
10
How do I make a table row on a web page look clickable?
13
Zebra striping in dynamic table
6
Editable Row in Table. Should You Disable the Sorting?
3
Should bulk-editing functions be hidden until a table row is selected, or is there a better solution?
0
Displaying add & edit note actions for each row in a table
10
How do you keep your data tables simple?
0
What options are available for indicating an uncommitted delete row operation in a table?
3
Creating a new row above or below a selected table row
1
Should previously selected rows of a table (via row checkboxes) be retained when the user uses a search box to search for a table entry?