Why does Google remove special characters from search?

It's worth noting not all special characters are removed, for example C# and C++ (programming languages) return results, $ returns results, etc.

I searched around and only found this thread on the topic Search including special characters and other normally ignored symbols/words where the only reasoning is at a 404'd link. It does explain however that they include spcecial charcters that are associated with "popular terms". That link also shows that many users hate this experience as it leads to results they didn't want.

I assume implementation isn't the issue as it is Google, the most used (and probably best funded) search engine out there. So what is the reasoning behind leaving those searches out? Why include them when only when used in "popular terms"? What benefit would that have to a user?

I suspect it largely has something to do with the fact that those special operators are used for specific Google query purposes, and take precedence over code notation. From Google's own documentation: 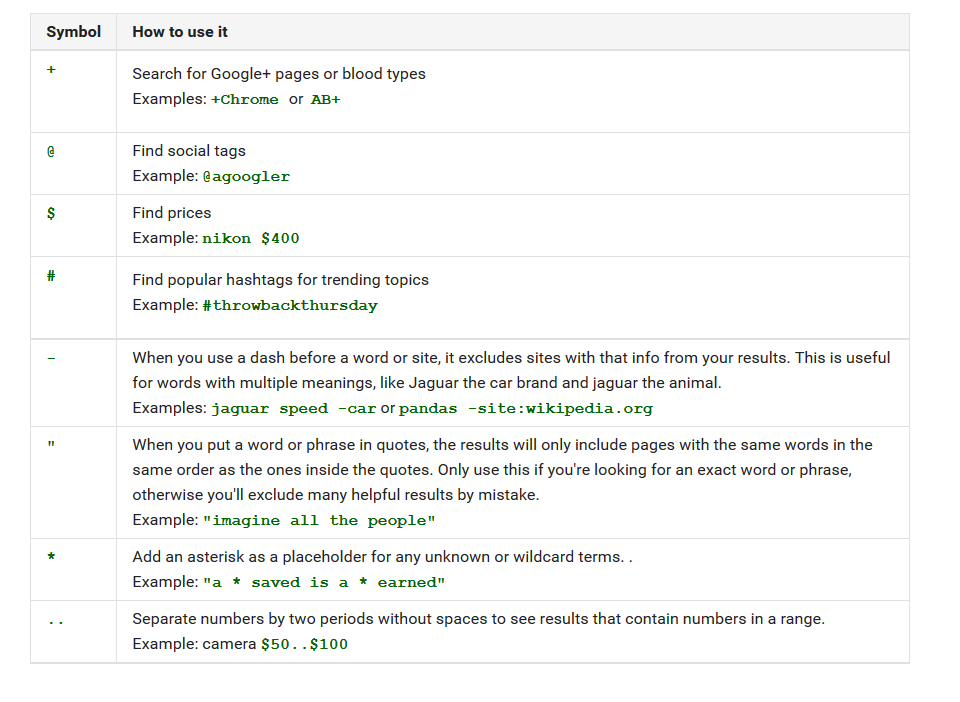 Also, this thread offers a variety of workarounds to this issue, in case you were curious.

Not the answer you're looking for? Browse other questions tagged search google special-characters or ask your own question.

4
tips for usage of predictive search and site search
8
What is the optimal layout for a mobile search form with a large number of fields?
8
Why Google hides important and useful features?
1
search result expected
4
Need feedback on how to design a web-based search for books, authors or isbn
3
Fuzzy search by default?
2
Search Results: "Is this what you were looking for?"
2
When should a system partly fill in a form for a user?
3
Efficient multi-field search pattern for finding matching records
1
Postal address validation - special characters