Make predictions on network configuration data based on IP

I am currently designing an interface for a network device, which needs to be configured by network admins. They are able to change the network settings (IP, subnet, gateway, dns), which got me thinking. After having configured countless devices, I am weary of having to enter the same stuff everytime.
So I built in some JS to make predictions. Assume we get the IP adress 192.168.1.55. We now know:

So after the user has provided the IP adress, I fill the other three fields with these values (the gateway and dns fields receive just 192.168.1.). If needed, the user can adapt the values.

My question is: Is that too much? Do professionals (target audience here) feel patronized with this approach? Or should I go even further and warn the user if he entered a mathematically wrong value (maybe 255.255.255.248 as the subnet mask and 192.168.25.4 as the gateway)?

Increasing efficiency (the time it takes to perform a task) is one of the key aims of UX. This becomes particularly important in areas of the system that are subject to repeated usage (and yours is a classic case).

Winning the lottery once is better than not winning at all

What you suggest is already done by some systems that were designed by leading designers. For instance, Apple's calendar app sets some fields for you (the chosen calendar) and changes the end of a new event for you based on the start time: 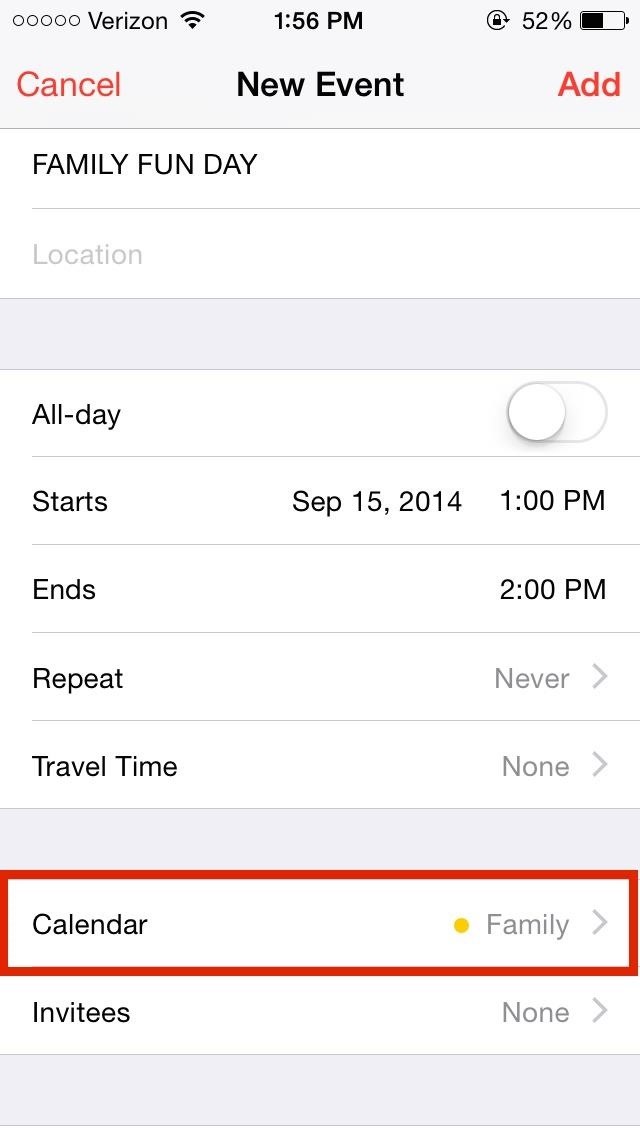 If you come to think of it, choosing one hour as default event length is rather arbitrary; but even if it applies to 5% of the cases, it will still save time than asking all users to set it explicitly.

Users approach such interface already having formulated a mental plan as to what to do and what to enter.

The fact that the fields are only populated once the IP address is filled results in 'motion' and will draw attention.

The chance for errors (either not noticing or not recognising the address correctly) is small, and you can actually argue that it will be smaller than the chance of entry error (a single recognition act should yield less errors than the entry of 10 digits).

What's more, without such defaults, the user would anyway have to type into the fields, so having a default there mean no extra effort (provided the value is selected upon focus so any keystroke will delete the populated value).

So altogether, this sounds like an excellent idea. I think that particularly because your users are experts (meaning more frequent usage) they will appreciate such feature.

Not the answer you're looking for? Browse other questions tagged input-fields or ask your own question.

3
Web-Based SQL Query Builder
7
Placeholder : field label or sample data?
4
How to make HTML5 number input field more user friendly?
3
Combined data and unit form field
4
Locking input form fields, does it make sense?
0
How to make wide form into small group
0
How to improve the usage of multiple similar data
16
Should I make space for error messages in forms?
5
How can I make complicated form logic more intuitive?
0
How can I make the user choose between two options (Available or not Available) in IOS?