Usability problem on Mac due to absence of keyboard symbols [closed]

Ask Question
Asked 5 years, 9 months ago
Active 5 years, 8 months ago
Viewed 536 times
1
Closed. This question is opinion-based. It is not currently accepting answers.

I have a friend who recently migrated from Windows to OS X. He's heavy keyboard user but is having a tough time on Mac. That's primarily because many important keys have no keyboard symbols on them. This holds true for the wireless keyboard and Macbooks. 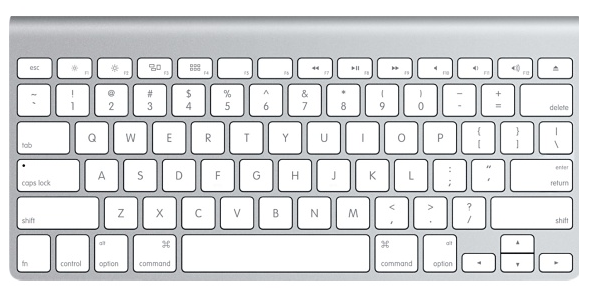 These commands make use of Option and Shift keys but these symbols are not present on the keyboard. IMO, this is a significant usability problem as the user has to memorize all these symbols before using them effectively.

Edit: Some International keyboards have symbols, but they don't have key names. Strange!

Yes, it’s a mess and there’s no easy way out.

The international standard ISO/IEC 9995-7 specifies several symbols for keyboard labels. Most of them have been added to Unicode and exist in at least one supplied font on most modern operating systems, by the way. They are known to a varying, mostly limited degree. Power users, who are the primary target group for keyboard shortcuts, will probably know the arrow styles that stand in for ⇧ shift, ⇥ tab and ↩ return, for instance.

Despite using a non-standard layout in many locales, Apple actually follows the standard better than many PC manufacturers and they used to be even closer to it, but changed a few years ago for purely stylistic reasons, e.g. backspace (⌫, now ⟵) and arrow keys (← or ⇠ now ◀ etc.). Apple also removed its symbol from the ‘cmd’ key and put the standard “place of interest sign” (Unicode) ⌘ there, which then was also introduced to on-screen menus.

It may make sense to omit the common abbreviated English terms from key tops in international hardware, but I don’t see why Apple would omit the symbols on the US version, except for aesthetic reasons. Note that, for example, ‘Ctrl’ (for ’control’) is traditionally ‘Strg’ (for ‘Steuerung’) on German IBM keyboards. Since ISO actually associates a meaning to the vertical and horizontal position of a partial key label (“levels” and “groups”), Apple’s alphabetic plus symbol variants, e.g. “alt ⌥” and “cmd ⌘” may be considered non-standard or even confusing, though, but so is centering the letters.

OS X may be able to identify the exact model of a connected or integrated hardware keyboard, but it doesn’t know exactly which labels are printed onto its key tops. If it did, it could automatically adapt keyboard shortcuts shown in menus on the screen, but since it does not, it could either decide by locale or adopt a unified style. With the latter option, which I think Apple chose, using symbols saves some precious screen real estate, but it requires author training, because alt or option is input easier than ⎇ on every keyboard in the world. Apple would be well-advised to stream-line their localized key labels and finally stay with it at least for a decade or two, i.e. US layouts should get symbols and international ones should get ⌃ on Ctrl.

What‘s also bad, is shifted symbols used in shortcuts. If, for instance, the opening square bracket [ or apostrophe ' is used in a shortcut, they are easily accessed on a US keyboard, but on a German layout, the corresponding keys would bear Ü and # labels, respectively, and one would have to press Alt+5 on Mac or AltGr+8 on Windows and Shift+#, respectively, to print the characters – so what’s the equivalent shortcut, especially if it already involved the shift or alt key?

Overview of select ISO and other common (proprietary) key labels

Not the answer you're looking for? Browse other questions tagged usability keyboard mac-os-x or ask your own question.

7
Studies showing significant usability differences between Windows and Mac OS X?
3
What is the definition of usability/ux problem?
5
Usability testing a Chorded Keyboard
10
How would you solve the accidentally-launching problem of the Mac OS dock?
1
Should we bring back the user to the ABC mode on the SmartPhone keyboard automatically after they have entered some symbols/numbers/punctuation?
2
Usability problem when using multiple selection combobox
0
Usability problem with access lists for a network UI
19
Why are the keys on a keyboard square?