Can you start your button CTA with "A" or "The?"

The site that I am working on, a design guideline is already set that we don't use radio buttons as a selection tool, but always use buttons for such a choice. For example, "Are you a member of this site?" instead of radio buttons with 'next' button for a step process, we're using buttons:

The designer proposed putting "a" in the "family member" button and I can't seem to back up my reasoning and it's grammatically more correct, I think it should be just "family member". I looked at the WILTIWLT test and it seems little irrelevant for my case. Any opinions? 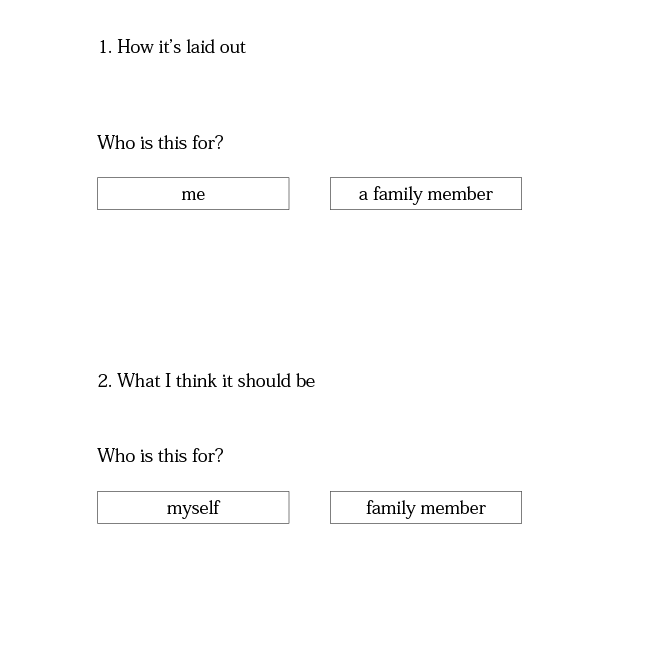 I looked at Microsoft guidelines and they speak about keeping the length of the options similar. In that argument, I feel like "family member" is more similar format to "myself" although it's less grammatically correct.

This is a classic case of guidelines that are in tension.

When guidelines conflict … you compromise

Since your site's style guidelines require you and the designer to misuse command buttons in place of radio buttons, many of the other rules go out the window.

Your question—though not your illustration—lists three choices AND it says "etc." which I take to mean there are more than three buttons.

Another Microsoft guideline for command buttons says to make these buttons the same width. Some exceptions are permitted, but those do not apply in this case, when all choices must appear to have equal importance, unless you want to lead your users to one particular choice.

Therefore, given the quantity of buttons and the wide layout, the text must be short. In an ideal world, the buttons would be grammatically correct, but in an ideal world, you would be using radio buttons. Maybe it's time to challenge the site's style guidelines:

By the way, the reason the WYLTIWLT test doesn't work is because these command buttons aren't acting as command buttons but are substituting for radio buttons. All these things point and prod in the same general direction:

Not the answer you're looking for? Browse other questions tagged buttons call-to-action grammar or ask your own question.

42
What rules does Google use to make a button gray, blue, or red on their sites?
29
Should all button text start with a verb?
5
What are your views on having a button that says "Don't click this button"?
1
Should "Learn More" CTA be used as a link or button?
4
Should we use form button color to indicate task outcome?
3
When to use a tool based UX and when to use a button based UX for a spreadsheet app?
0
CTA-button in header-hierarchy to make the CTA more accessible
2
Action button placement different for modals than base screens
1
The font style on a CTA affect user's decisions?
0
A stickybar with CTA buttons?