Displaying data on a map

I have been asked to review a map based application. The map displays planning applications for a location and the user can filter results. Results are paginated to 10 per page.

The developer said that the information might become very dense and that paginating makes the map simpler: 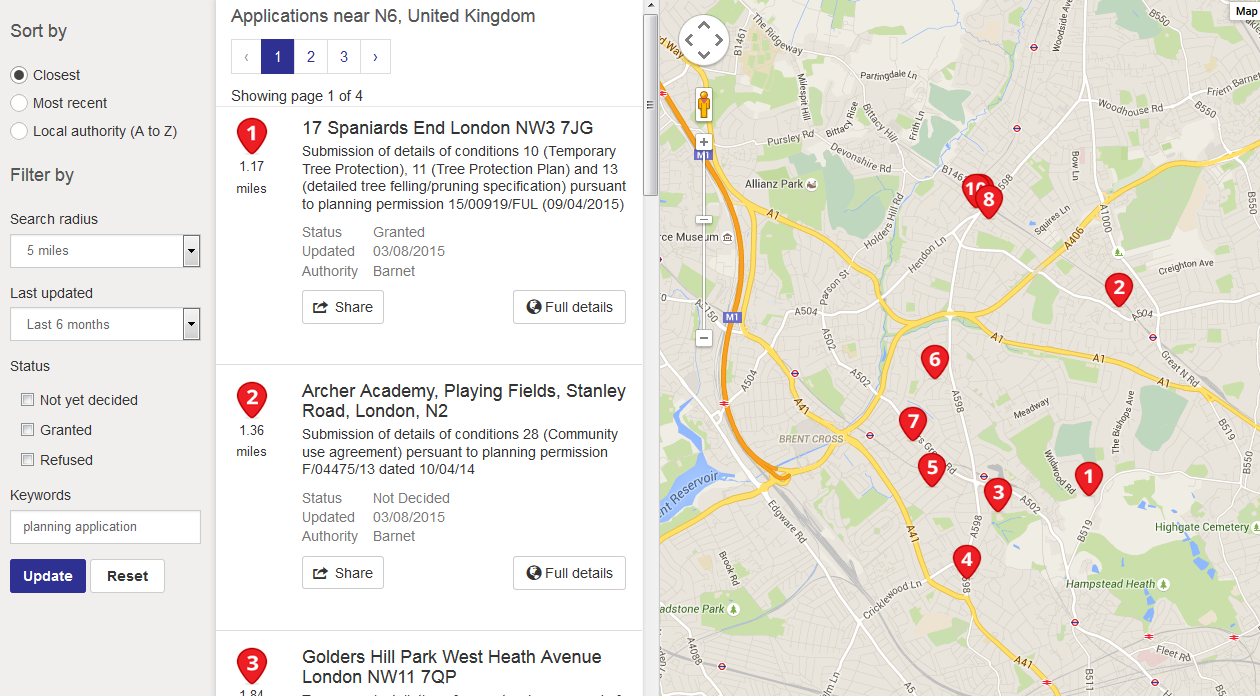 I have many issues with this including:

My question: Is pagination a good way to simplify the information on the map?

Yes, limiting the number of results on the map will simplify the map, however...

...it creates a bias that could influence your user in either a positive or negative way. There are a lot of factors that go into this though and there are two tracks of people I can see when using this map (Explorers and Beeliners). Explorers are going to go around the map, take their time, see what applications are out there, play with the filters, etc. Beeliners are going to go straight to the application they want with no goofing around, playing with filters, and so on.

With these two types of people in mind, there are a few other questions you need to ask yourself. Are your users going to be exploring or are they going to look up a specific application? What else can they do? Are they allowed to edit the application?

Based on the two groups of people I described above, my suggestion would be to show all of the points, and use a clustering algorithm to show a pod with a large number in them (like in the image below). 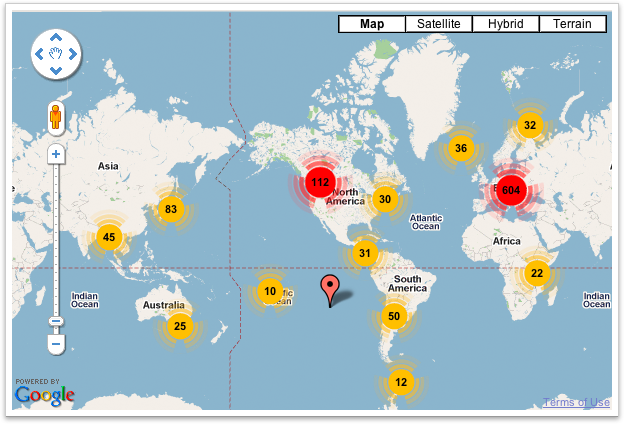 Clustering on Google Maps or Leaflet would be a great way to have all of your data available to the customer while not providing bias. It also allows for both scenarios of people (explorers and beeliners) which caters to the largest number of people. Finally, you would still be able to apply multiple filters to the markers and allow your users to see any variation of the data they choose.

Just a tip, your current example lacks two key aspects of design that all Google Maps implementations should heed to.

Remember to use different colours, shapes and styles to represent differing pins on the map. Right now I take it you have granted, refused and not yet decided, but how does one know whether a pin is of one type and not the other? What support do you have for colour-blind users when pins are differentiated simply by colour? Provide a light colour differing scheme and an even lighter shape differing scheme and you solve both these issues simultaenously. 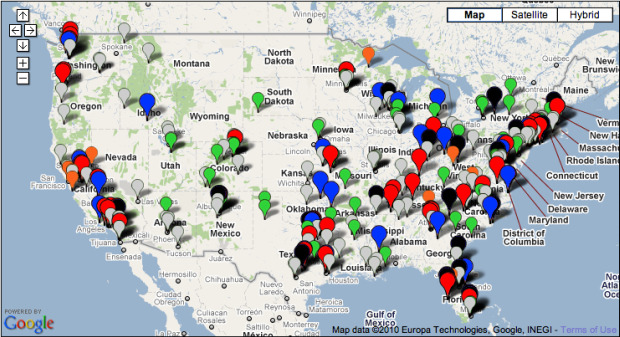 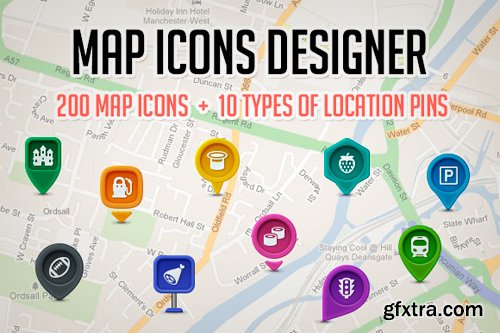 Pins should never overlap. There's nothing worse than destroying your model by making some pins unavailable simply because they're too hard to click on or are dominated by those around them. Clustering and grouping options play nice roles but eventually you have to provide an option to see this detail. This is up to you on how to implement, via pagination, etc.

I just wanted to provide my two points (cents).

Not the answer you're looking for? Browse other questions tagged search maps or ask your own question.

1
Optimal shape for interaction with a map
2
Custom style google map
2
Users Bookmarking Regions on a Map
1
Map markers with multiple types of data
58
How to make a map obviously clickable?
8
Usability of map clusters?
3
Displaying geographic datasets on a map
1
How to represent approximate points on a map?
45
Obfuscating event location on map
2
Locations Map: Show all location based on search OR go by the search area?