Wake Up key on keyboard

Noticed this keyboard that has a "Wake Up" key next to the "Sleep" key. 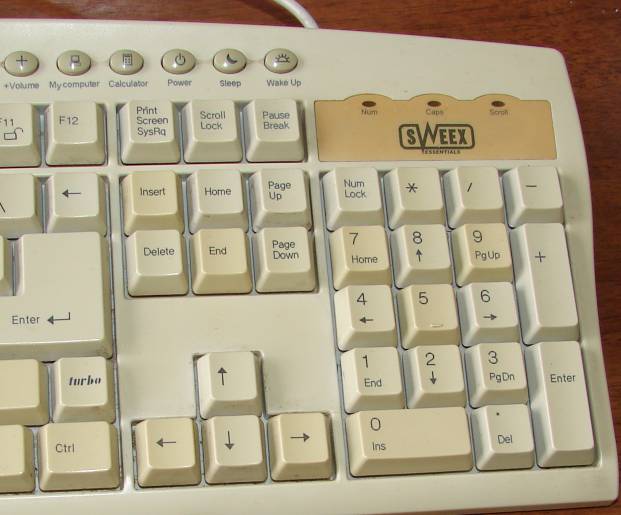 What is the use of this key?
Most keyboards I know that have a Sleep key don't have a Wake Up key; to raise a computer from sleep mode you can press any key.
So, does this key actually have a function? Are there systems (or have there been systems in the past) that can be woken up from sleep mode only with this key?

I did search the net, but other than comments about some keyboards having this key and others not, I didn't really find any indication that it was really needed in some circumstances.

There were several versions of BIOS (Basic Input Output Systems) that came on motherboards in the 1990s and 2000s that had an option to choose when to resume. These systems usually had an entry named "Resume From S3", and allowed you to select from several options, such as "any key," "power key," or "wake key." However, in all cases, there were other optional means of resuming, usually by hitting the power button or even a sleep/wake button built into the case that was directly wired to the motherboard. The wake button is largely obsolete (I don't think I've seen one in the past decade).

The S levels are defined by ACPI, where each increase in S level results in further power savings at the expense of how long it takes to resume normal operations. S0 simply turns off the monitor(s)/video cards, S1 turns of non-critical devices and suspends CPU usage, S2 flushes CPU buffers for additional power savings, S3 powers off the CPU entirely (but the RAM retains power), S4 is the so-called hibernate level (suspend to disk), and S5 is "fully shut down" (full reboot required to start up again).

I think it's one of those things where you provide an obvious button that everyone could find to wake-up their computer. However, as you mention and probably most people now know is that you can in fact use different triggers to wake up your computer. Perhaps this was added because somebody assumed that this would be the what novice users would do, but than the actual implementation accomodated for the user instead.

Don't get me wrong, there are people who use and probably set up their computer to only listen to that event, I think, however, that in most use-cases the now common and current approach is just as good; which is wake with whatever comes naturally - be it the power button, the keyboard, ...

Not the answer you're looking for? Browse other questions tagged design keyboard keyboard-layout or ask your own question.

11
Why do keyboard keys have (most) letters in top left corner?
18
Is there a logical alternative for the Escape key?
80
Why do modern keyboards have Scroll Lock?
5
Learning multiple keyboard layouts
4
Keyboard navigation through form with multiple tabs
2
Comprehensive sketch file for Material Design Keyboards?
4
Why are keyboard numpads on the right-hand side?
0
What are the options beyond the keyboard, for truly good quality text input?
1
Keyboard Shortcut For "Delay"