Representing a Fraction of a Cent

The third product, though, is for 5/10ths of a dollar per Megabyte, so: $0.005/mb. The problem is I think that looks good. Here are my attempts thus far: 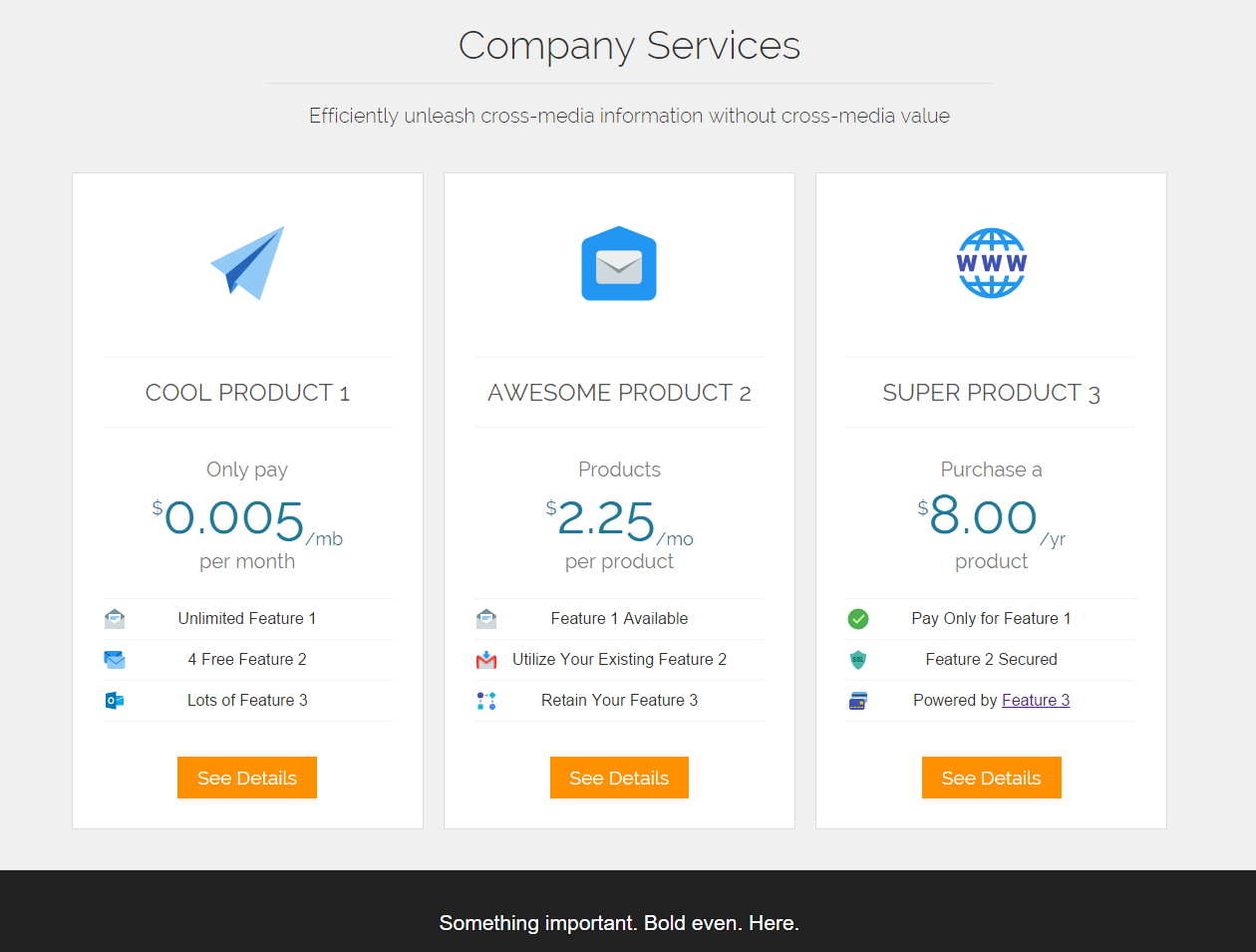 The problem: I don't like how different it looks from the other prices. It doesn't fit in at all. 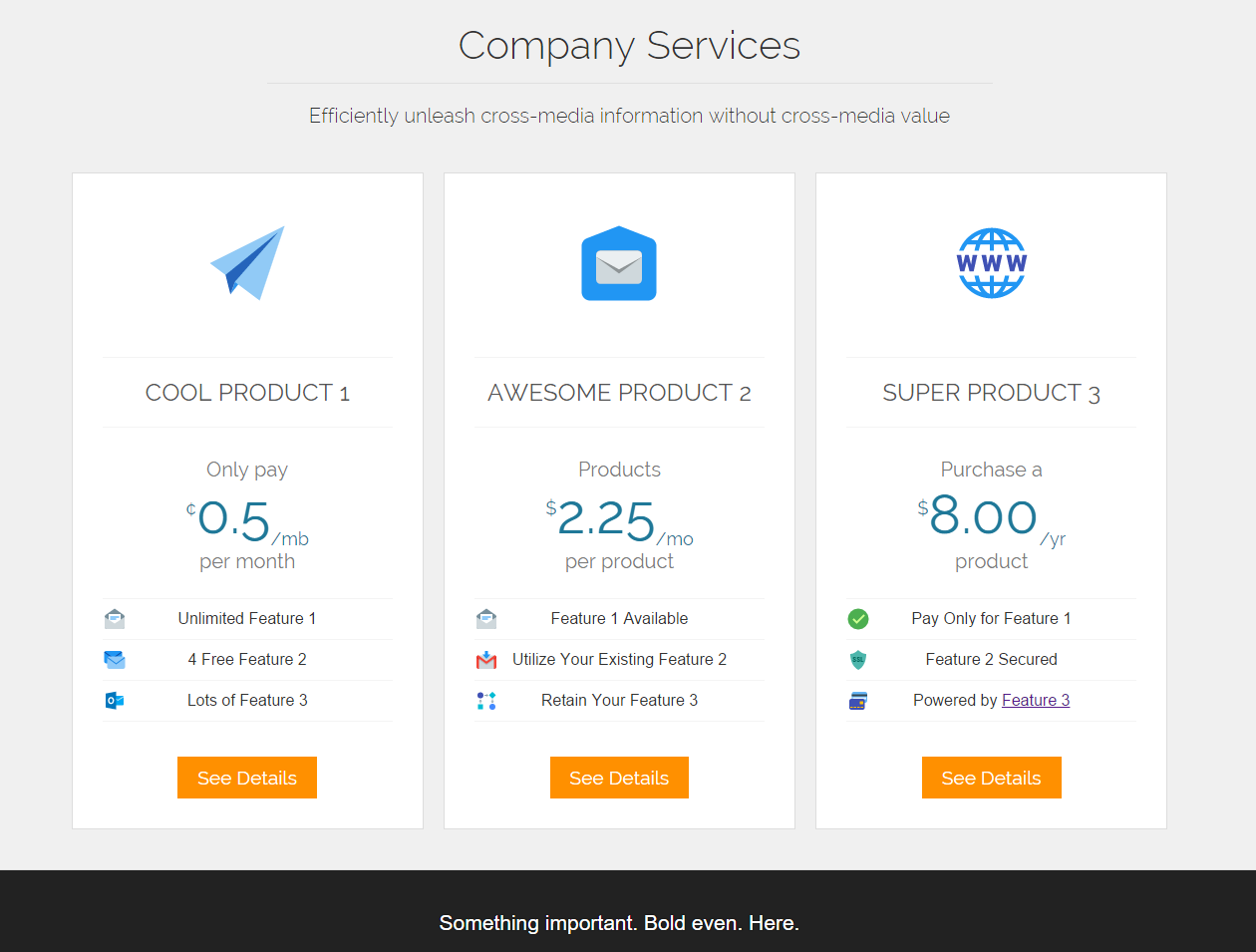 The problem: While I feel like this is one of the cleanest representations, I feel like it could give people the wrong impression because it also doesn't match the pricing for the products. I think they'll think it says it's $0.50/mb which is 100x higher priced which could scare potential customers away. 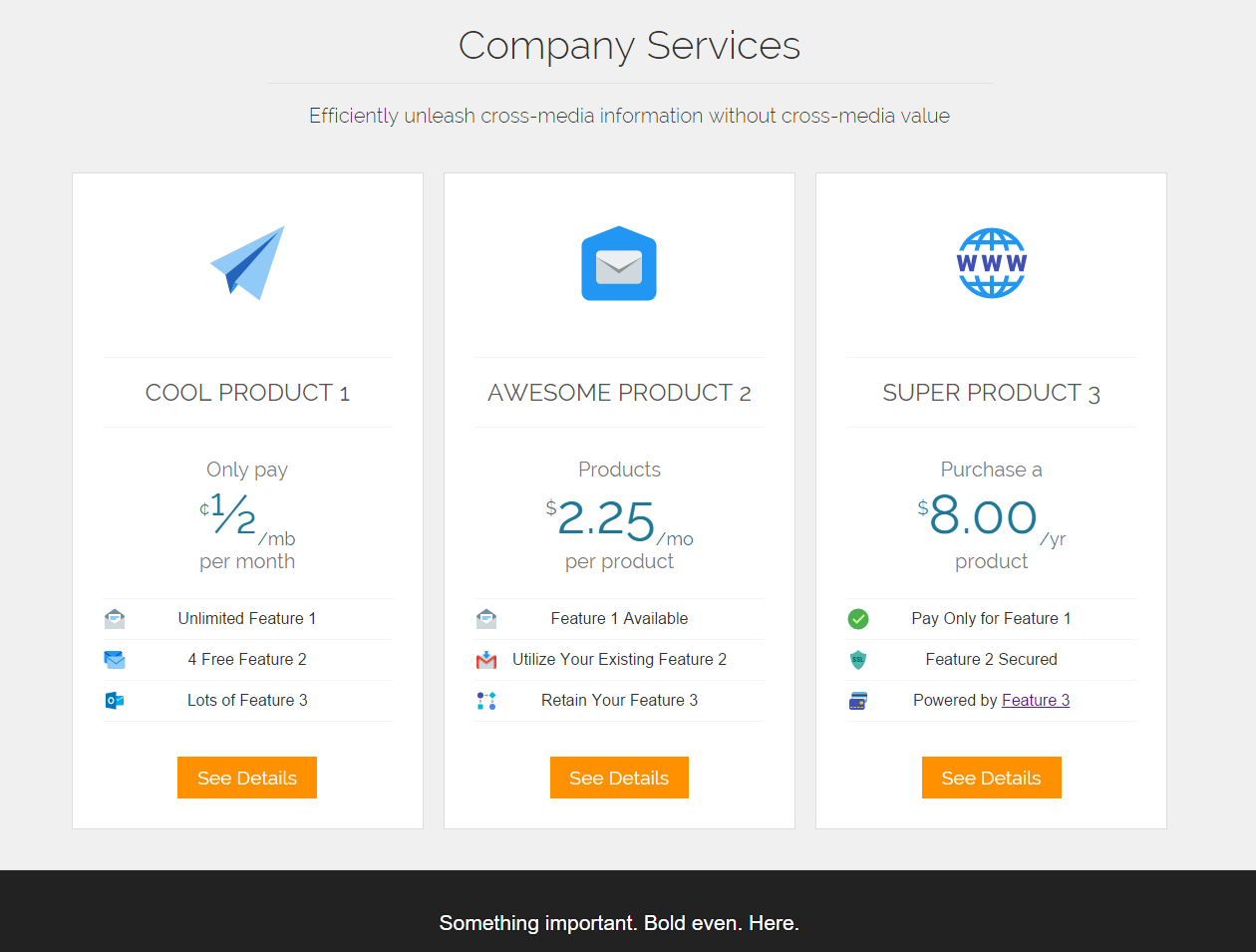 The problem: I feel like this one definitely represents it better, but with the per mb below it already, it just makes it look weird like some odd un-simplified fraction. 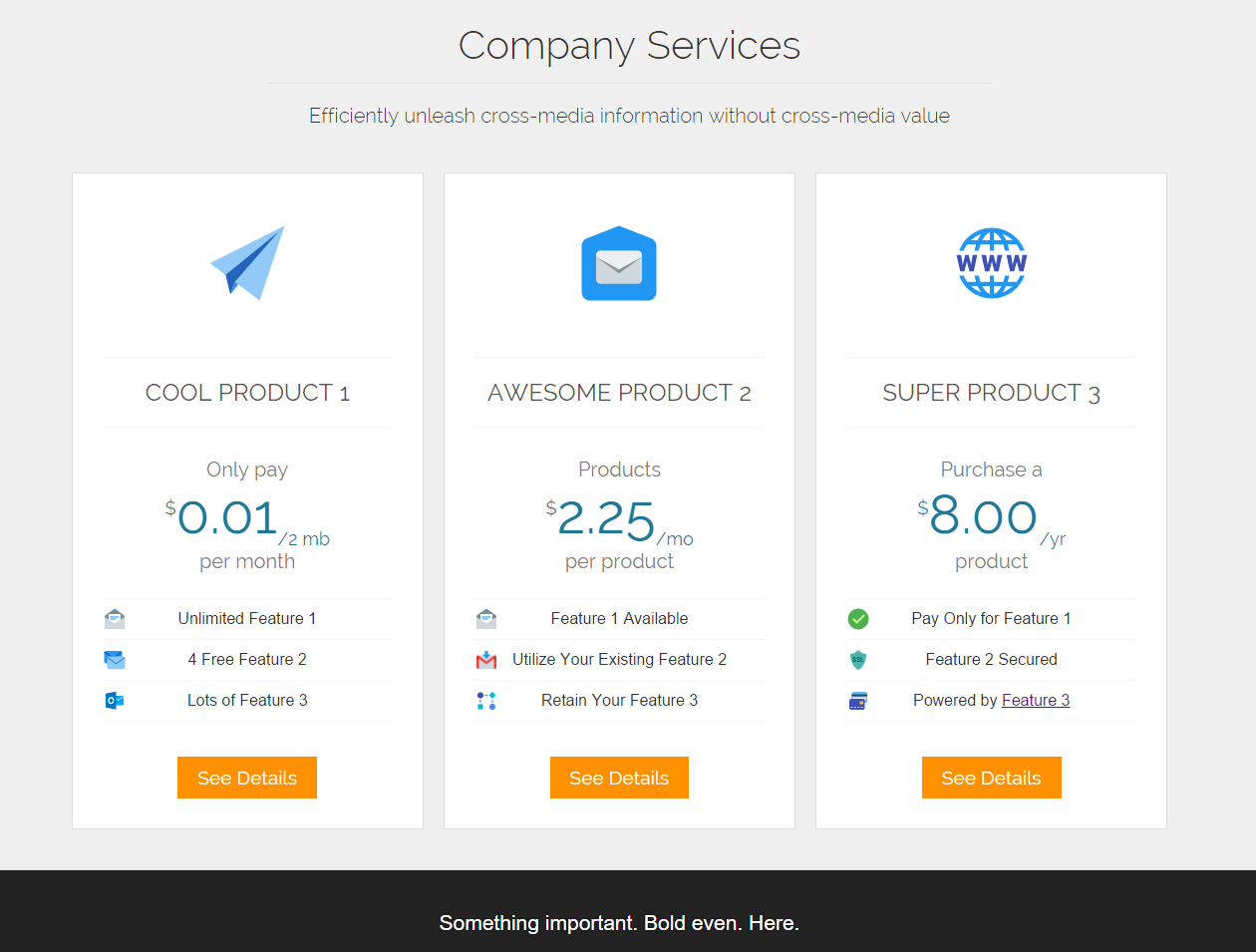 The problem: After writing up the issue with the last one, I realized maybe I could simplify the expression. I like it, but I think having a frequency that is more than singular could get slightly confusing. I haven't had much time to think about this one so I would certainly like your thoughts on it.

Is there a standard way to handle this kind of representation or do any of you have a clever way that this could work. Do you think one of my methods actually conveys it correctly? Thanks!

Typically, when you see these sorts of pay charts, you are given pricing relative to the same format. For example, here is what Font Icons uses: 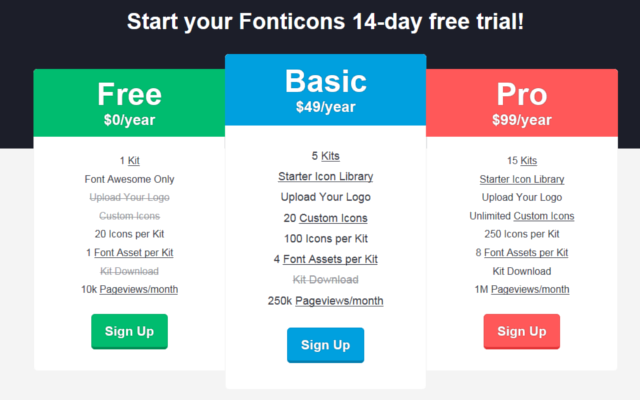 This has the benefit of being easy for a user to internalize and compare since it's one scale with one unit of measurement. In your scenario it's not possible to have one scale since pricing is based on a timeframe and on a capacity. So instead you can at least give the user a single unit of measurement: dollars. Now you can also improve the user's comprehension of your plans by making Product 2 and Product 3 share the same timescale, either months or yearly. Suddenly you're left with the simplest possible system where you have the minimum of 2 scales and only 1 unit of measurement. It would look something like:

I also increased your mb count because it's easier for people to calculate long-term costs using powers of 10.

Not the answer you're looking for? Browse other questions tagged pricing representation or ask your own question.