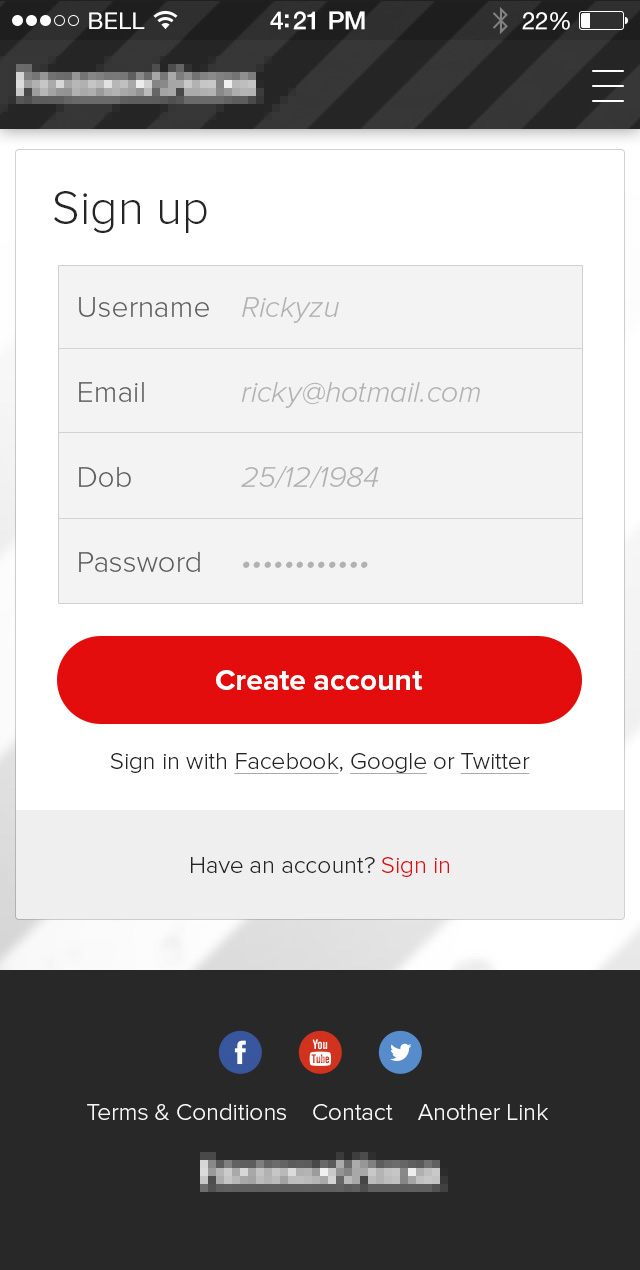 I have a very simple form to get users signed up. My MD (not the brand stakeholder) wants to use social sign-in as he thinks it's easier. I feel that because this is a small form, users are more inclined to complete it rather than being suspicious of handing over social access. He wants to add large social buttons top of the field (fb, G+ and Tw) but my argument is that due to this being mobile, it's going to push the form down and hide the Create Account button.

Has anyone had any experience as to what is more effective? My demographic is international 20-30 year olds.

PS prior to this form, the user has played some games and has won a prize, to claim the prize they must create an account.

I'm looking at the evidence out there and some folks say there is no difference using SC but others report higher signup rates using SC. So in most cases I would say provide both.

Text input on mobile is a nightmare.

Looking at your form, it aint that simple and is four fields to fill out, one of which is masked (the work of satan himself). So I'm never going to touch that form and I doubt the majority of your users will too.

your boss is right

The forms main focus is currently on signing up new users. Logging in for existing users is placed at the bottom which might let people create multiple accounts or quit because they've just entered two fields before realising they are signing up instead of logging in (personally hate this on Pinterest!). I would suggest making it more obvious for users that already have accounts.

That aside, MailChimp has a great article on the same issue you describe. http://blog.mailchimp.com/social-login-buttons-arent-worth-it/

Part of their conclusion was that people don't remember what service they used to log in, thus create multiple accounts or leave. And if they quit their social network you loose them as a user, and the user just lost his progress in your game!

Remove the Social Logins, leave the Dob and Username fields for later on (you want people on board, so ask as little as possible). Now that you only have two fields left, you can use those same fields for new users and users with accounts. So no confusion for them anymore. Wether it should be one button or two (login / sign up) depends on your design and copy.

Make the login buttons of each type similar looking to show they're all equally valid. Currently the social ones are relegated to mere text links. 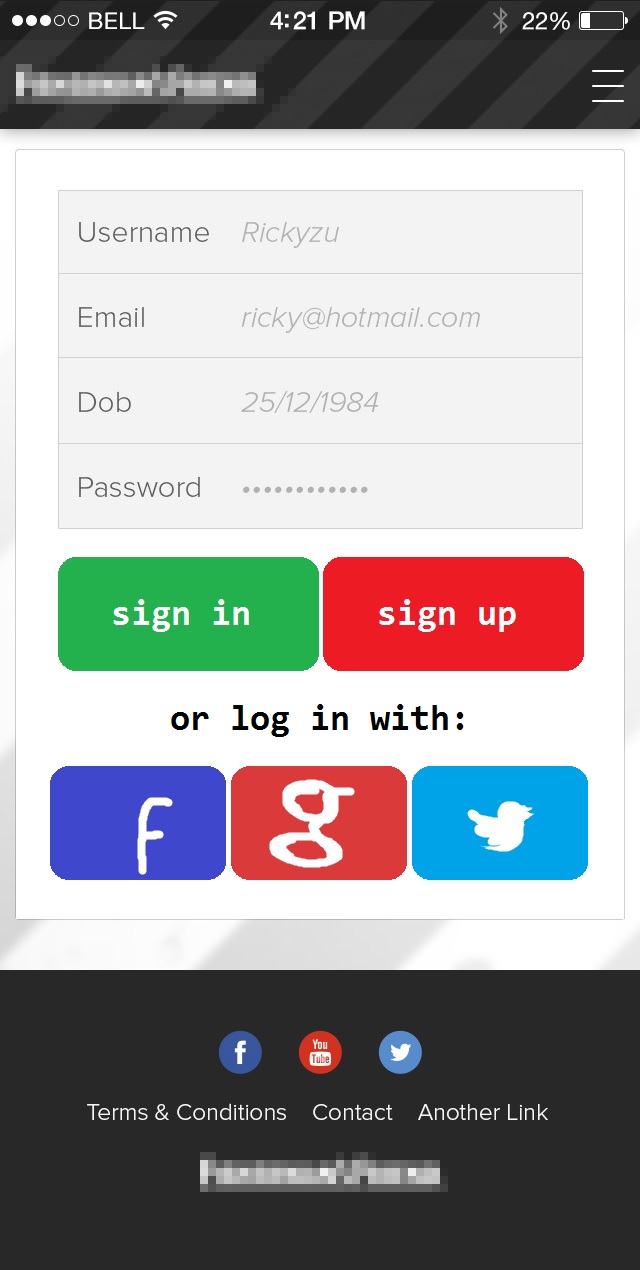 Not the answer you're looking for? Browse other questions tagged forms signup-signon social or ask your own question.

3
Sign-up: Does the “confirm email” field work?
5
Asking for a username and password when a user signed-up with social login buttons
1
Paid subscription through social signup?
2
When is the right time to introduce discussion boards on a niche based social site?
0
Social Widget Engagement Stats
4
Is it really much helpful for users to provide them multiple options to sign-up or sign-in?
6
Would you get rid of Password field in sign-up form
2
How to direct users to opt for a particular social sign-in?
1
No-refresh sign up style
2
Implementing social sign-up to a complex registration form