Why does the fridge thermostat have an inverted scale?

In all fridges that I've ever encountered which had a manual thermostat, the scale on the thermostat was a scale of "inverse temperature": 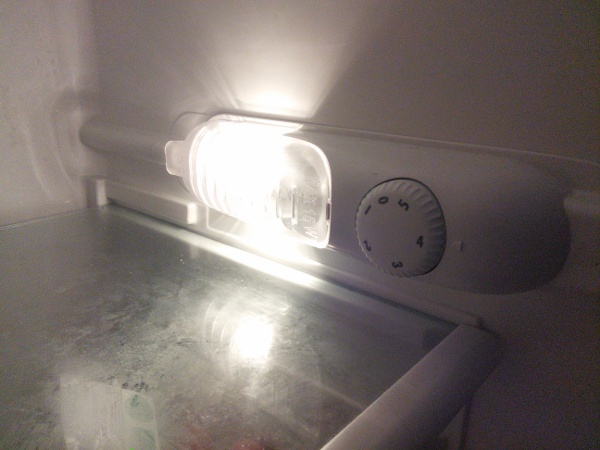 Note that on the manual the producer "cheats", specifying it's a scale of power (5 => more power => colder), but of course the actual knob controls a thermostat.

(Of course, modern fridges don't have a knob any more and they just set themselves to 3-4°C.)

Because crappy designers are everywhere

There is almost no excuse for this kind of ambiguous, uncommunicative control labeling when there are so many better patterns to follow with fridge thermostats.

Here are some control formats that are far more effective. 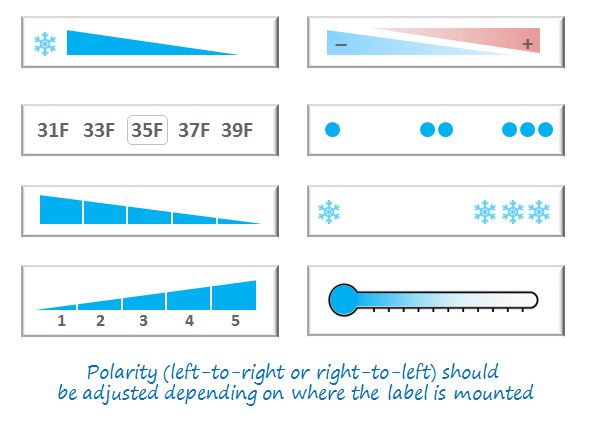 There are pros and cons to each of these alternatives, and this list is not intended to be exhaustive. But they are all better than a naked 1-to-5 rating.

Personally I would pick a numberless volume label (either top left or 2nd from bottom, left) as it is likely to be most universally communicative.

It matches the user's mental model, which is more important than matching real-world circumstances.

Users view a refrigerator as something that "makes cold". Therefore the number 5 corresponds to "more cold" and 1 to "less cold".

The mental model of "a device that holds its interior at a constant temperature" is more complex and harder to reconcile with things like ambient temperature and what happens when you put hot food in a cold fridge.

Labeling the dial with an explicit temperature range would be possible, but users probably don't know the specific temperature they need, and manufacturers would have to make dials in both Celsius and Fahrenheit to be able to sell internationally.

Fridge temperature thermostat dials are just the worst. I want my next fridge to have something like this: 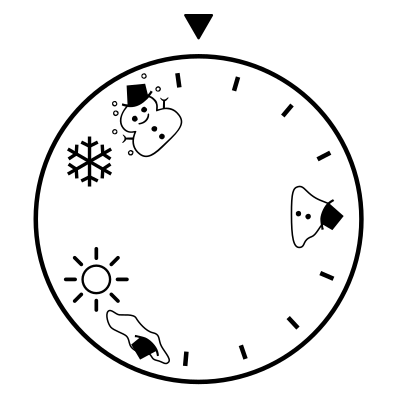 Tohster's answer is great. Vote for that one. But to address the 'mental model' aspect in another answer:

The reason the dial is the way it is is that it's not a thermostat. It's actually a 'power' dial ala a volume knob. This is why it's confusing. Contrary to Nathan's hypothesis, I'd argue the problem with these dials is that they don't adhere to a person's mental model.

If we're talking volume, a user's mental model is a volume dial on the radio. Turn it higher to make it louder, turn it lower to make it quieter. Again, the opposite of the fridge dial.

But there are dials where this does have a better correlation. A fan, for instance. Any fan with a dial control will match this mental model: the higher the humber, the more power (and, the cooler you'll feel).

So that's the actual problem, there is no one mental model that makes sense here. Yes, everyone has a fridge, but:

So most of us have never formed a consistent mental model of how a fridge dial works like we have with plenty of other devices we use daily.

To answer the why was it designed this way? question, I can't. I don't know why. But my guess is the same as Tohester's. It wasn't designed. It was merely the decision of one person at one time that stuck it in there and the rest just followed.

Fortunately, things are getting better for us fridge owners. Many fridges today now have actual temperature controls: 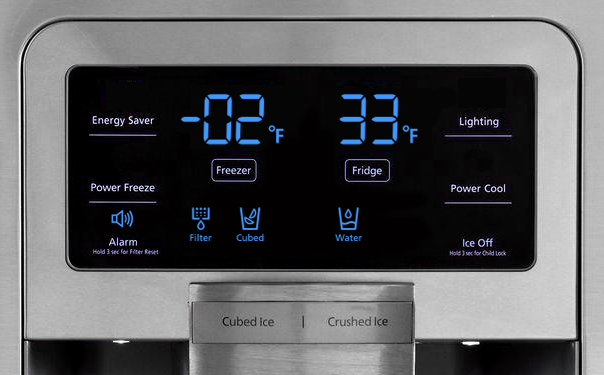 106
Why do showers have “hot” and “cold” knobs rather than “temperature” and “quantity” knobs?
21
Is a grayscale bar a bad way of showing temperature?

2
Does the Zendesk.com website offer a good ux? And why?
23
Why does the iPhone calling screen have letters under the numbers?
16
Why does the Xbox controller have non-symmetrical analog sticks?
0
Why does dashboard navigation pattern doesn't have 2nd/3rd level menu?
8
Why does apple hide the vertical scrollbar on mac laptops?
4
Why does the title attribute have a delay?
19
Why does the cursor type vary?