Ask Question
Asked 5 years ago
Active 5 years ago
Viewed 131 times
-5
Closed. This question is off-topic. It is not currently accepting answers.

I'm the co-founder of a startup called SparkPCB Technologies in India (website: www.sparkpcb.com). I'm not any expert on customer-centric design, but I tried my best in culminating all my previous years of experience to put all the best practices into consideration, without overloading the interface.

The website design got completed about a month ago, but I'm not satisfied with the product page that I designed myself. I wanted it to be unique, focusing on the product image as much as possible, but now I realize that I've done something wrong (example product: link). On smaller screens, if you load a product page, most probably it is going to get cut out because of liberal use of white space. However, if you scroll down a bit, and focus the whole rectangular frame on the center, it starts to look somewhat OK. I'm thinking of getting it redesigned, and I need some feedback as to how I should approach this topic.

Other suggestions regarding the general design and usability of the website are also appreciated. 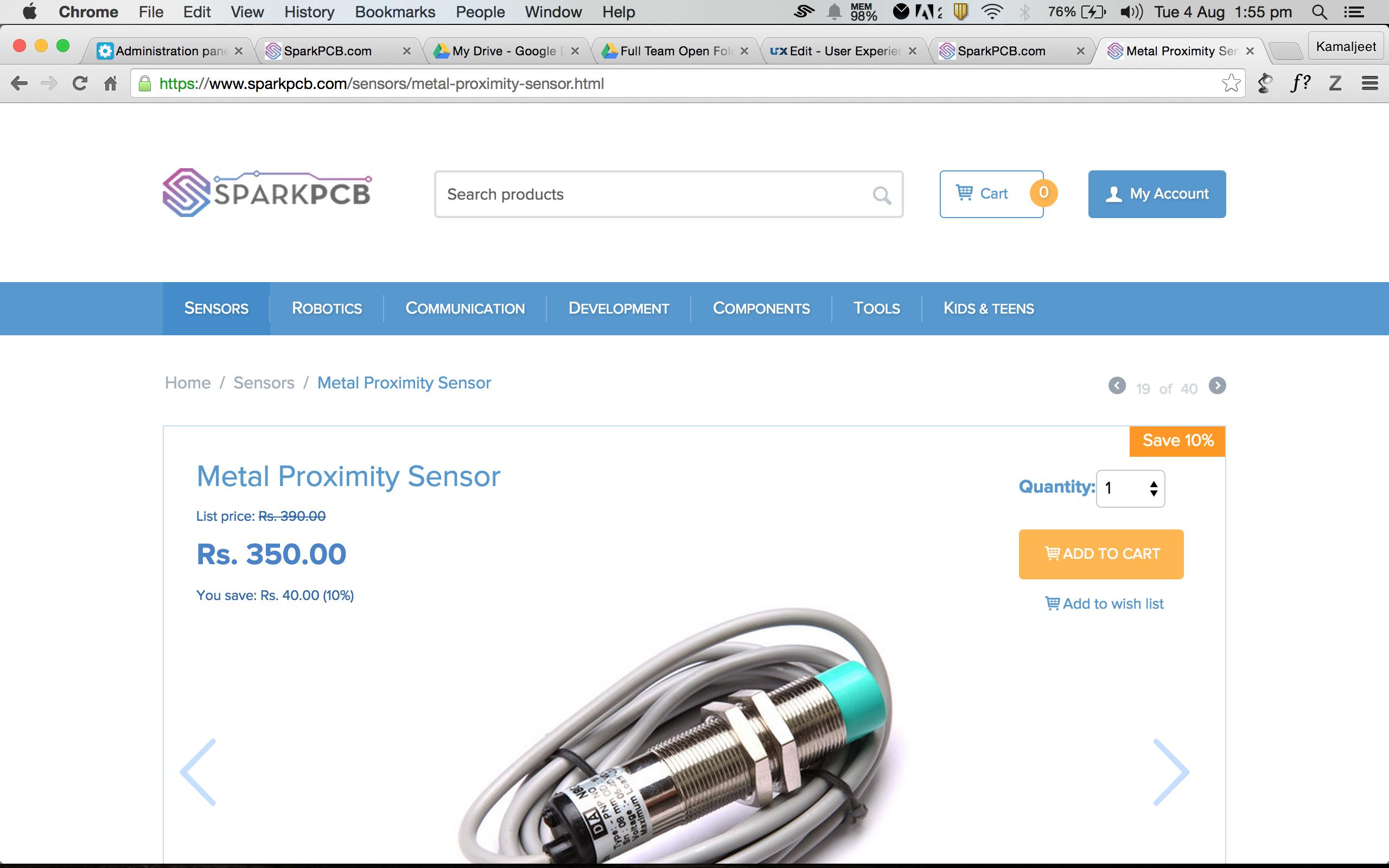 You could go a long way with two simple changes;

1 - reduce the whitespace in the menu area, similar to how it shrinks in the mobile version. One way to do this is to use percentage based measurements for the whitespace.

2 - make the image scale sooner. Right now the product photo starts scaling when the screen hits about 680 pixels width. at 700 pixels the image is still full size; and on, say, an 800x600 screen an image of 640x480 is a HUGE pixel-cost. So I suggest making the images wider; about 900 pixels like the containing div. Yes, it means you'll have a lot of white space in your image. But it means you might not evan have to tweak the code. But consider implementing %-based margins/paddings here too for just that extra bit of usable space.

As a bonus, scaling the image sooner will keep the proportions of the box a bit more rectangular, giving a more consistent feel between the large and small screen version. Essentially, you'd just have (relatively) larger fonts on a small screen. 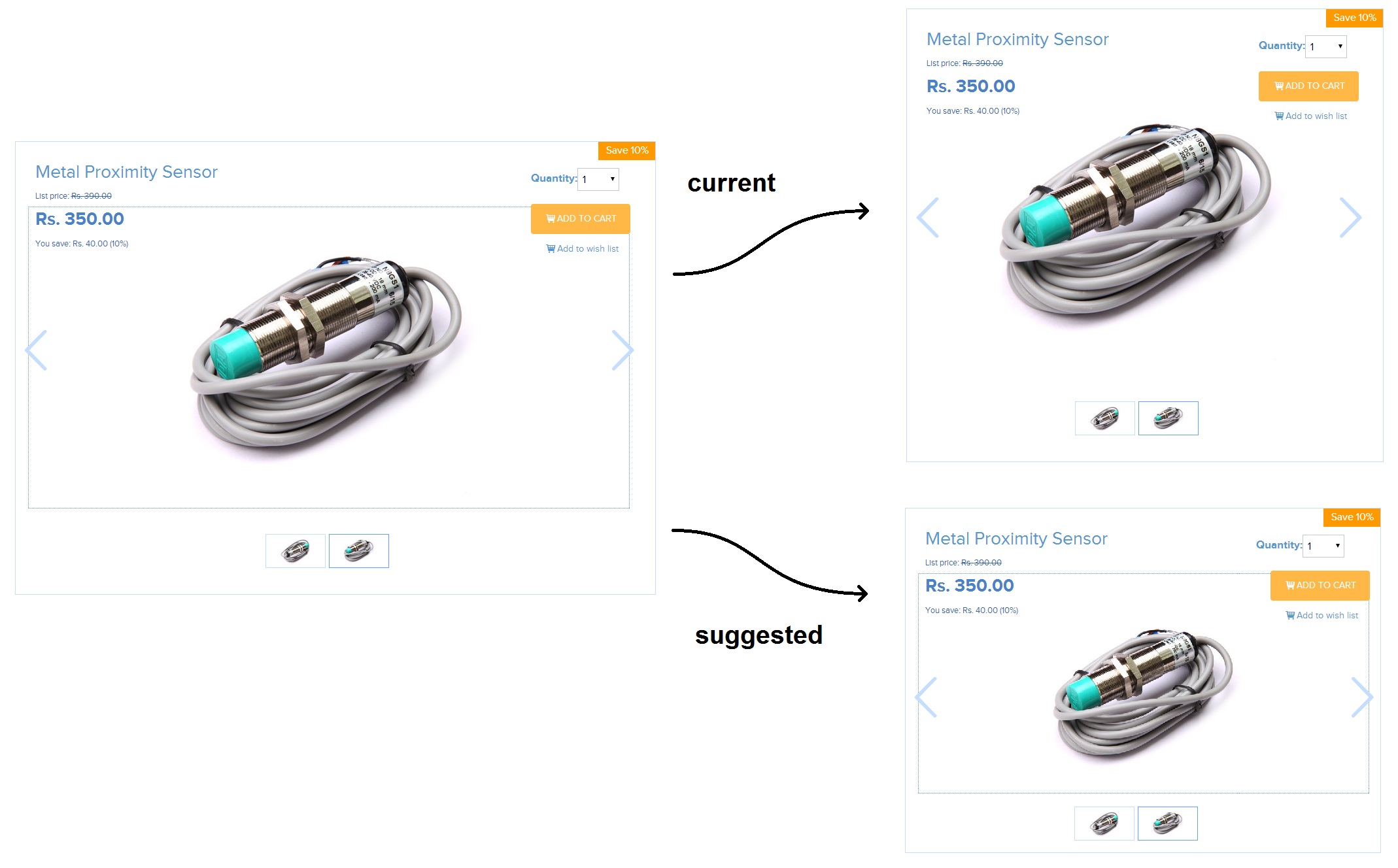 Not the answer you're looking for? Browse other questions tagged website-design design interface or ask your own question.

4
Advice on website design layout
1
Advertisement headers for a website
2
Intuitive Form Design for Assigning Devices to Users
3
How to design user-centric feedback forms
3
Best design practices for multi-brand website header?
2
How to design a website for both customers and business?
0
Feedback about stepper design