How to make it clear that two related forms submit separately?

I'm adding reviews functionality to a website. Currently, the form where users can enter a review and/or rating looks like this;

When the user clicks one of the rating stars, the page makes an ajax request in the background that submits this rating, then pops up with an alert box informing the user that "Your rating was saved successfully!" and the "Rate Now:" message changes to "Your Rating:" after the alert has been exited. This happens nearly instantly.

However, some of my test users have been submitting the whole form needlessly and causing blank reviews to show up in the site (I'm guessing because they think they need to click "submit" for the rating to count as well). While obviously I'll fix the backend so that it will reject blank review submissions, I'd like a way to make it clearer to new users that these are two separate entities and they can exist without each other (reviews without a rating are fine, and you don't have to write an essay to vote).

My first thought was to move the rating stars away from the reviews box, into the box where the item and its details appear. However, if a user submits a review, their rating is shown alongside it, so they do need to look like they're connected, while still making it clear that both are optional.

Thanks in advance for any suggestions you might have.

I would just have one simple form. That's what your users are expecting anyway. They click the star rating (or not), fill out the form (or not), and then click submit. No AJAX (unless you want to capture the star rating as soon as they click in a way that's transparent to the user) needed.

From your description, I understand that the rating is mandatory while the description is optional. You can have two solution here:

Progressive disclosure defers advanced or rarely used features to a secondary screen, making applications easier to learn and less error-prone. Initially, show users only a few of the most important options.

To begin with, just show the Rating. Once the user selects a rating, show/disclose the description panel. In this way, you can ensure that the rating will be submitted by the user. 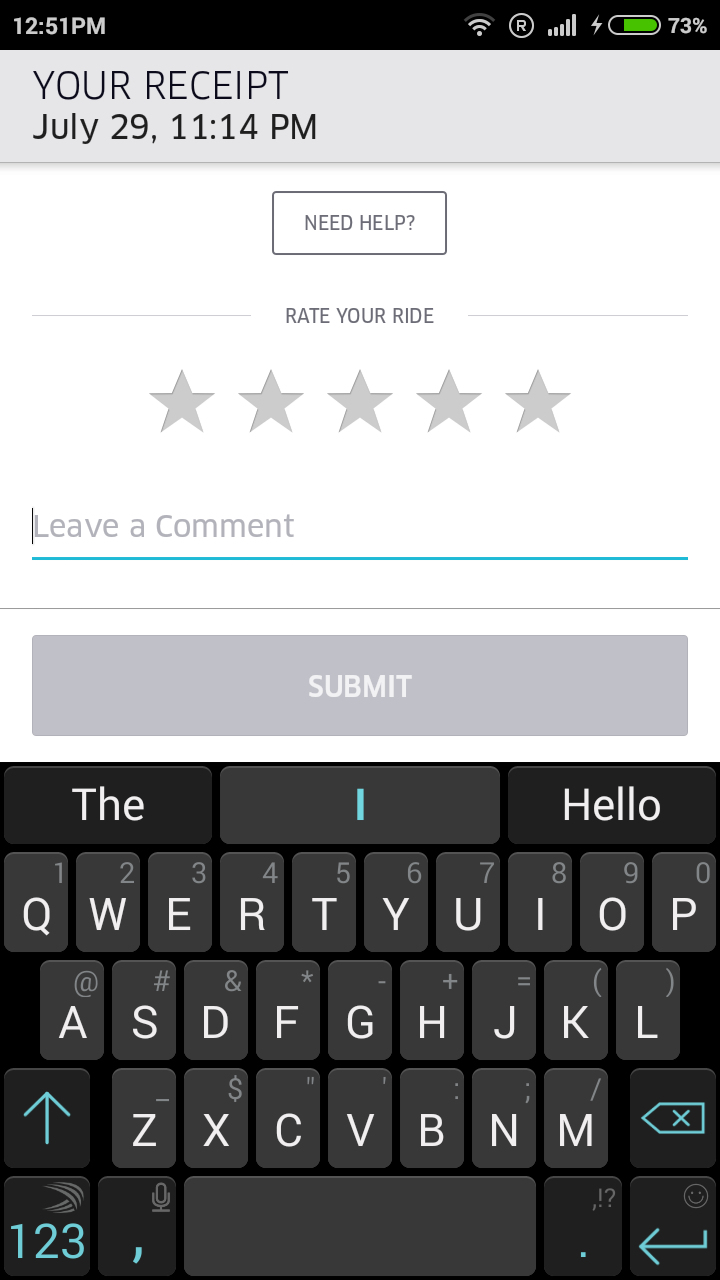 One solution is to visually demarcate the forms, as shown below:- 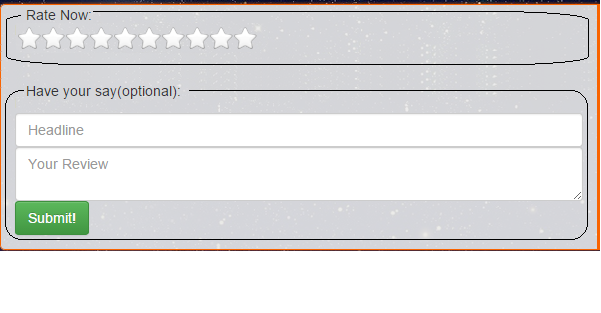 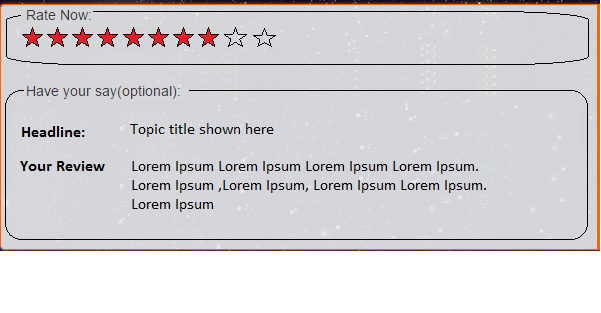 Not the answer you're looking for? Browse other questions tagged website-design forms ratings or ask your own question.

35
Is a star rating more user-friendly and valuable than a simple up/down vote model?

3
How to display "Helpful" rate in the result page?
2
How to represent 0 ratings vs rating is 0
5
Why are two forms on one page bad?
16
Are stars a good rating system?
14
What do you call a form that changes based on users answers?
4
Best approach to handling complicated forms with related items?
5
HTML embedded forms on Email V/S Individual page for form
1
Does usage of thumbs up/down ratings as social proof actually provide the right feedback?
1
How to handle big forms used for editing?
1
Should I require users to make accounts for the sole purpose of deleting incorrect submissions?