How to deal with multi directional footnote language?

How to deal with multi directional footnote language? suppose I have a multilingual document whatever it is (word Document or an HTML file) and I have to include footnotes in that document in multi directional language as shown below.

Do I have to follow the language direction or the layout convention?

The screen shot below describe the footnote that have Arabic and English references. in the same footnote area.

As you can see it is right aligned well based on the main document language and Direction RTL, regardless the miss aligned of the English text. as I was following Wikipedia style when it comes with multilingual page. I did follow the bullet layout convention.

In the following screenshot, I tried to align the Latin text well regardless the bullet alignment (layout alignment). As I ignored the bullets layout.

What I am asking for. which way you may prefer as user experience? is it ok to break the bullet alignment? or it is preferable to preserve the bullet layout whatever the direction is?

This is a very interesting question and somehow the question itself answers a doubt I had seeing some sites with right aligned footnotes (even if in Western languages).

So, before anything, I don't know if there's an accepted convention for this, but will try to answer based on UX principles and standards.

As you probably know, there are different layout patterns, including the Z-pattern, F-Pattern and Guttenberg Diagram. There are thousands of studies about this, so I won't extend on the subject. But... what happens with RTL layouts? As you may expect, the patterns are flipped horizontally. If you read this article, it also concludes that you should "Stick to Conventional Layouts" (meaning LTR orientation).

Now, let's see another study: Visual Reading Patterns on Arabic Interfaces:Insights from Eye Tracking by Remya P. George, Rasiya Anwar and Sunitha Jeyasekhar. As you may notice, the conclusion is radically different to the first article. And instead of flipped "Western" patterns, other patterns emerge, I will shamelessly copy the content just in case it goes down: 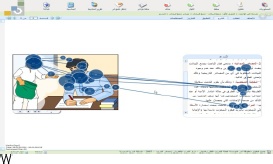 In a right-to-left layout, it was interesting to find z-shaped patterns in which viewers start with text then examine the multimedia content at points in time in which the audio accompanying the video or animation or video emphasizes apoint with tone.

The two consecutive cycles of the triangular pattern are shown in the above figure. In the first cycle, users exhibited behavior of visual examination of navigation, followed by content then the multimedia area of the eLearning interface. The second cycle was similarly exhibit by several users in the way they distributed their attention across the interface during the module’s multimedia presentation. 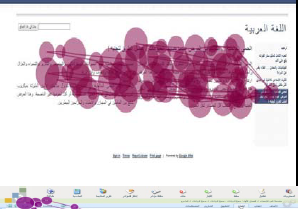 As you may see, there's no much logic (in Western sense) to Asian and Arab layouts. And yet, there is a logic, which helps to support this answer:

With these elements, and assuming your target has a reasonable ratio of Eastern users, AND that you're mixing languages, AND this is for footnotes, I'd suggest to align the list to the right: you preserve RTL language conventions yet Western users will naturally read by using a Z-pattern. See a quick mock I did to illustrate this behavior 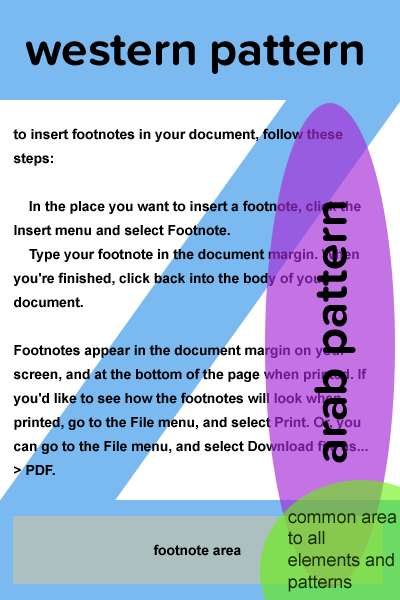 Not the answer you're looking for? Browse other questions tagged alignment or ask your own question.

8
How to best display a table of data with sub items?
3
How do you align information in a layout with a lot of horizonal space?
5
Mixed alignment (LTR and RTL) in language selection list?
4
How to deal with extra spacing with line-height when spacing between elements should be consistent