We're studying the About Face book. We're reading in chapter two about "behavioral variables" as a part of developing persona hypotheses.

They give a very small example of behavioral variables:

Can you give a deeper example of behavioral variables in relation to a role in a specific domain (ideally not the shopping domain)?

Here are a few questions that we are struggling with that may guide your example:

Depends. Is not the same if you're working on a chain with many stores, a single store, a local online delivery shop, a worldwide retailer, and so on. As a general rule, the answer is BOTH, but if resources are limited, you may find that some restrictions may be needed

Again, depends. And again, as a general rule, as much granularity as you can without going "over the top" (it's very common for newcomers to create false assumptions which should be avoided at any cost. Instead, you need to create what is known as proto-personas).

There's not an equation that equally applies to all cases, but your so called "high level" and "low level" should be the extremes of the spectrum, using around 20 variables. Then, you'll need to study the relative relations between both extremes.

To explain it better: when building your personas based on known behaviors (or even better direct interviews), you'll find that they will fall in certain places of a specific scale of variables, which in turn defines patterns. However, it's important to note that these relations are relative, so it doesn't matter if the value in the scale is 1,2 or 10, but the relative value compared to other personas.

Well, a persona goal is what the user expects to accomplish in the task, for example (so we get out of shopping as you wanted): John wants to be able to learn UX standards. This is a goal. Variables are the different attitudes, skills and conducts the user has. Once thing though (and here's where you can see things as confusing): goals are a variable as well! .

To clear the confusion: think that goals are also different and are highly dependable on other user's variables. So, unlike John, we have Greg who is a student with no money and no time: "Greg wants to be able to learn UX standards in an easy way for free". See? Both John and Greg had set their goals, however, it's easy to see the goals are variables that build a persona as well.

So yes, there is overlapping, but this need to be clearly noted: a goal could be (usually is) a variable. A variable is not THE goal (unless the variable is the goal itself). The goal can be set by the user or could be "forced" by the seller (new technologies, fashion trending and so on), variables belongs to the user. 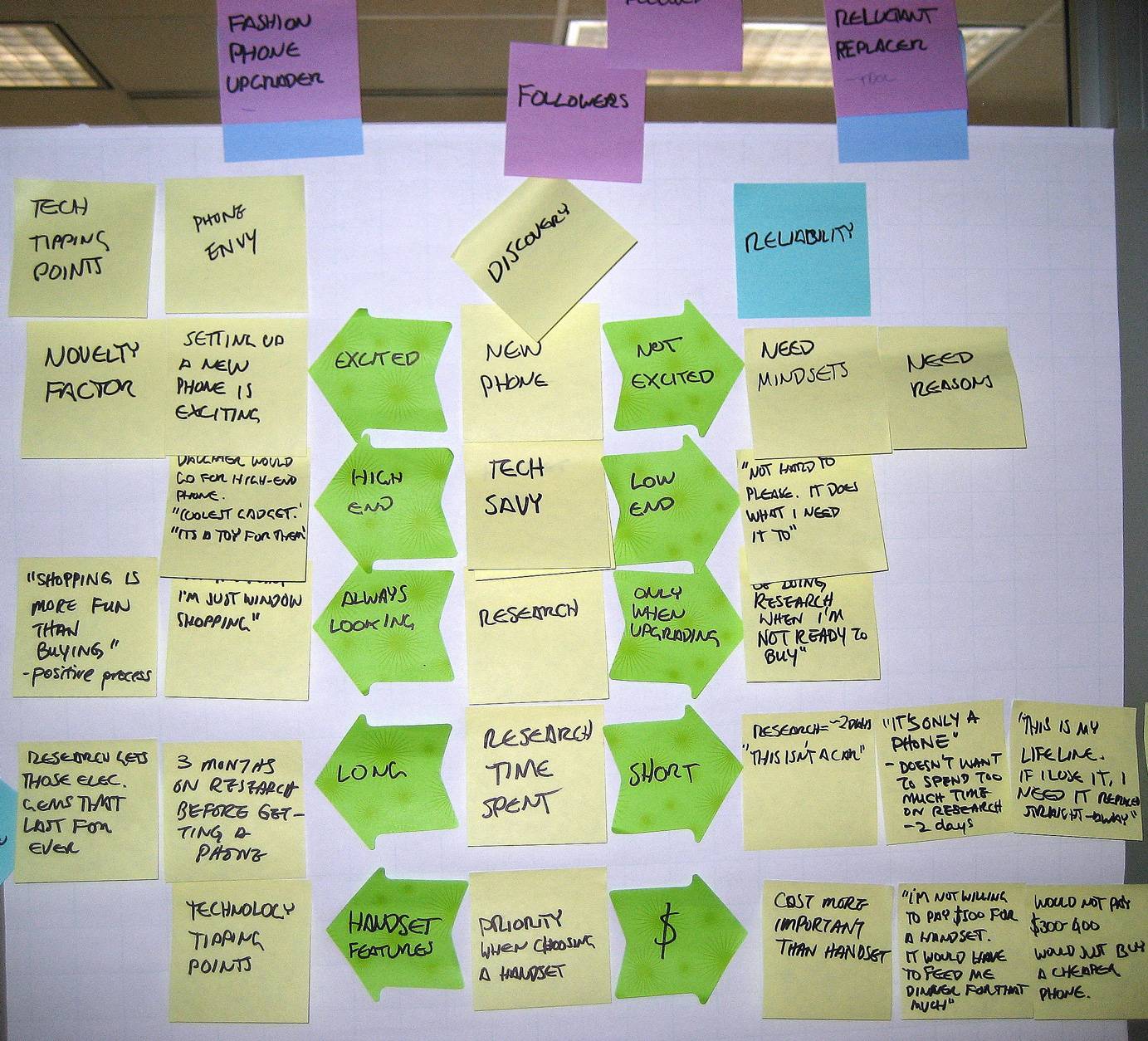 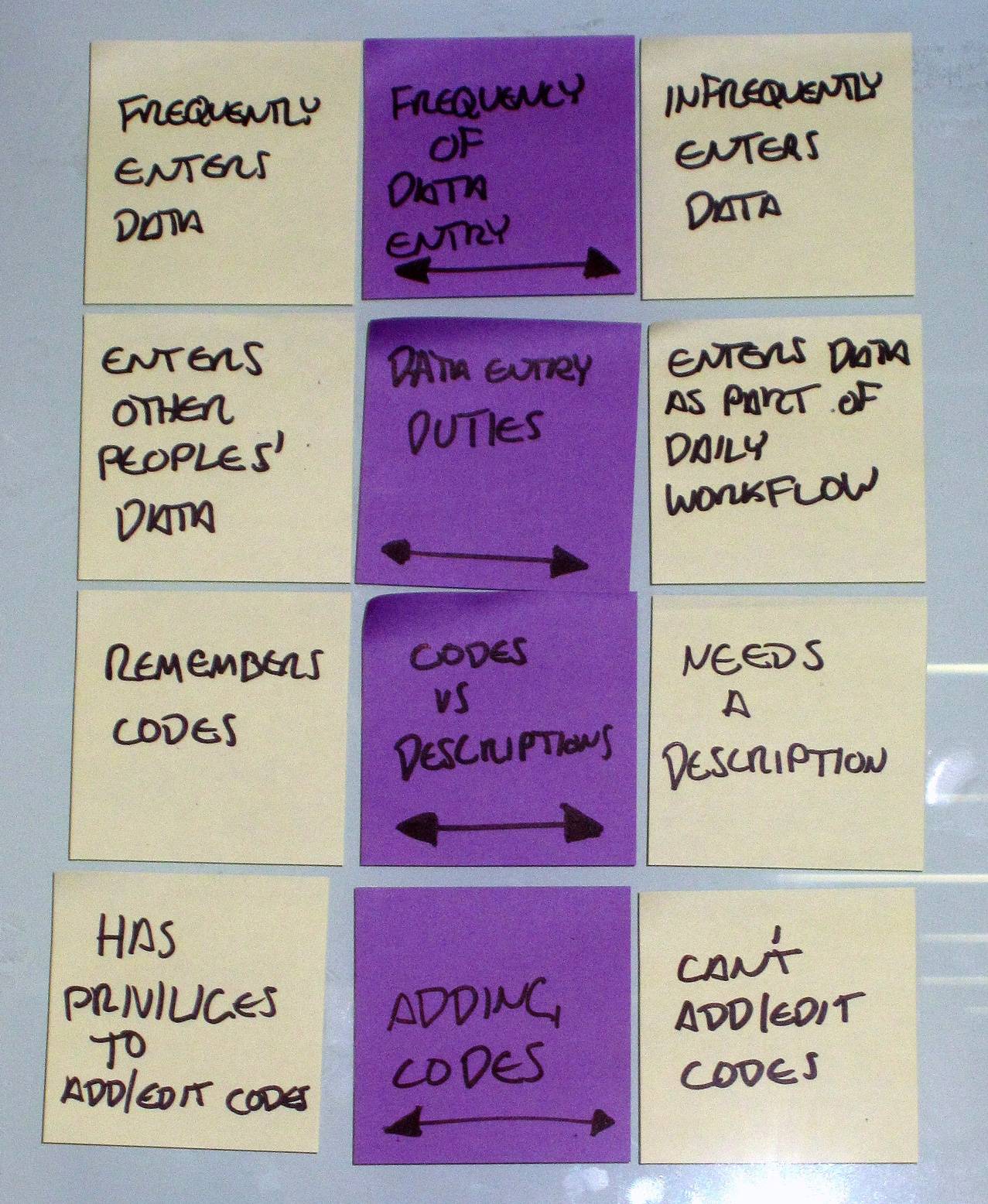 These are sets of behavioral variables, first one is more complex, second one more simple. However, no matter how simple/complex they are, you can clearly see these variables are not goals

I think you should go as granular as your objectives go. For example if you are looking to target search bar recommendations very specifically, you could go as deep as to know what are the most frequent searches for the persona, but if you want to go deeper, you could also analyse at what time in the day they search for certain types of products, considering some of your profiles change behaviour during different times of the day according to the purpose of their use, whether it's recreational or professional.

You create personas based on observation of real world users. They will exhibit behaviors. As you gather more observations of their various behaviors, certain behaviors will stand out as bold patterns: Things everyone does, things no one does, things everyone does once, things that are important, etc. These are your variables. For example, users of navigation systems in cars: who wants to use them while driving? What for? How important is it? HTH, Alan

No. You can't make it general and abstract. The more examples that you give, the better your research/hypothesis on this concept will be.

The behaviors are always specific to the problem because it takes that behavior to solve the persona's want/need.

The persona has a want/need and the behavior addresses it. The UX designer has to do digging/research and find out WHAT that need/want is and HOW to get the persona to act on it via the platform/website.

Not the answer you're looking for? Browse other questions tagged interaction-design user-behavior or ask your own question.