My explanation of what's happening in the gif: When a title has been hovered for a short amount of time, that title expands, pushing other content off the screen and grabbing the user's attention.

I've read that taking actions on hover is not desirable, rather only take action when the user takes explicit action (such as a click). Is that a principle and would it apply in this case?

Is hover the only way you can find out that information? Would someone on a tablet, or someone using keyboard without a mouse be able to find that full information without having to select that item fully?

If hover is just one way to display it - an enhancement, so to speak - then it is OK. But if you have to use your mouse and hover over the item in order to find out the details, or you have to actually select and start watching the film before you get those details, then no, it isn't OK.

Never penalise people who can't / don't use a mouse. Use hover for enhancements, but never for the way.

As always it depends. The reason it's not a best practice is because a hover state can be attained in multiple unintended ways, including scrolling as in the example you listed.

In the case of Netflix, they undoubtedly knew the consequences. That's likely why the hover state has such a short timer before activating, as well as why each tile only expands slightly. That way users get additional information on hover without significantly increasing the error rate (through bad accidental clicks).

Furthermore, I'd postulate that Netflix wouldn't mind if users made an error too much. They might find a show/movie they want to watch. The company's model already has users paying before using the service and no one will seriously leave because they accidentally started playing the wrong content. Is it an intended "happy accident"? Probably not, but I wouldn't doubt that if Netflix were to attempt to do so, they would have a mechanism to track how often that happens, along with the rate of continued viewing.

The problem with moving things around on hover is that the targets jump. This isn't really a problem for the item being expanded. As Jamezrp pointed out, that may be intentional. Maybe Netflix is using a dark pattern to try to increase engagement. I say dark because it's not an ideal interaction, but Netflix may have found the "negative" side effect to work in their or their users' favor.

In general, you don't want to do this kind of expansion because it creates a certain amount of disorientation. If the thing being expanded (intentionally or not) is just one option among many in the user's consideration set, then they'll have to stumble a bit if they decide to try another option before committing to the click.

If you're tempted to use a hover pattern (or it's tap equivalent in a touch UI) to provide expanded info, there is a better way. Rather than distorting the whole environment, just change the state of the item in question. In the Netflix example, the additional info could simply be layered over the cover image without any expansion. The cover attracted attention and now it becomes simply a backdrop. 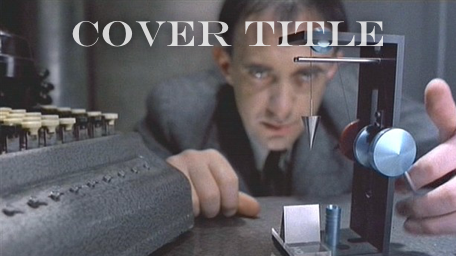 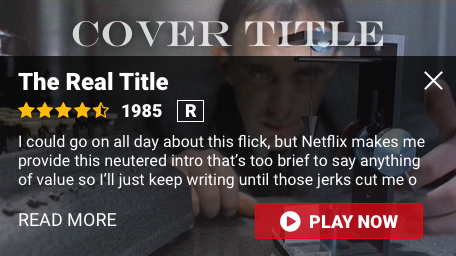 Not the answer you're looking for? Browse other questions tagged usability hover animation transitions or ask your own question.

77
Re-thinking “hover” functionality with touchscreens in mind
10
Should we be designing for touch first?
8
Tag cloud for web site actions - a no-no?
3
Best practice for a desktop version dropdown hover menu to work on mobile?
2
Android - ExpandableListView and Context Actions
2
Is it considered best practice to have buttonset hover and active to have the same style?
1
Is it always necessary to have table column headings?
0
How to handle multiple statuses when tagging items
0
Is it bad practice to put hover interactions in a table?