Suppose we have a UI where the settings of a lightbox showing an image can be adjusted. It might look something like this: 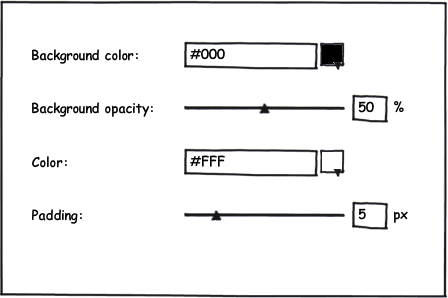 By "background" in the mockup above is really referred to overlay, but that, we believe, is a poor term to convey to the average user of the system.

Conceptually, the image also has a background (with the color white - #FFF in the mockup above), but obviously one can't use the same term for two different things.

To make things even more fuzzy we have a padding property, which is really how much the image background is larger than the image itself (the same distance in all four corners of the world).

The illustration below tries to convey the current labeling scheme: 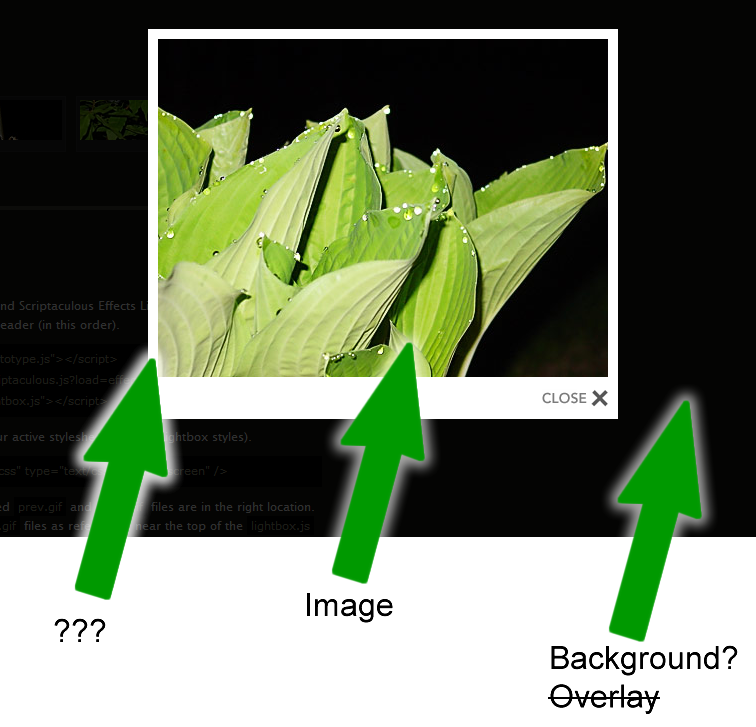 My question is this:

By just writing "Color" as in the mockup, we aren't being specific enough, I believe.

I'd probably try the combination background colour/opacity for the overlay and image border for the part where the ???-labeled arrow points. My main reason is that I suspect that quite a few users will confuse image background with the background inside the photo (the black parts in your example).

You can test this quite easily. Find a few random people, show them your image without the labels and ask them to point at the image, the image background, the overlay (this term will probably be unknown to many people), etc. Or work the other way around: show them your picture and ask them how they would call the area you point at. 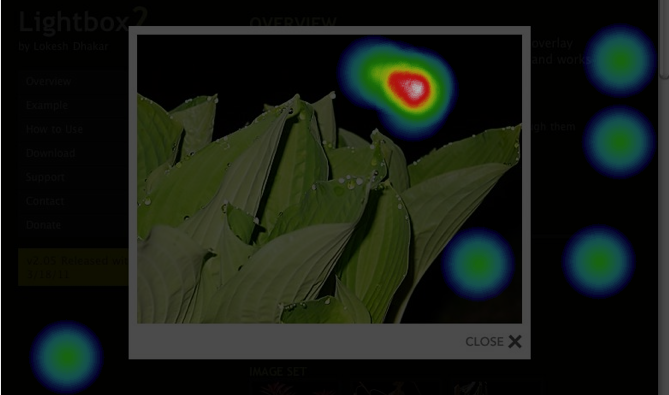 I would also rename the area you currently call background to something like page mask, so you'd have page mask color and page mask opacity.

Edit After seeing some of the other answers (Marielle's in particular), maybe call the image background image surround or image frame.

Call it the picture frame. It's analagous to an everyday object.

You could call ??? image border.

What about a legend, perhaps interactive so that it shows a preview of the settings?

Even when you think you've found the perfect metaphorical terms, or even blatantly explicit descriptions, users will still confound you.

The design you proposed is implementation focused, with UI controls directly corresponding to settings in your code.

It is better to be user-goal focused, and match what your typical user wants to do. In this case, it is making the frame/background combination look good with the given image. You could provide several settings presets and let the user choose from the thumbnails with a single click.

This is similar to the effect galleries in Office 2007+ (but it would focus on the frame/background, not the picture itself): 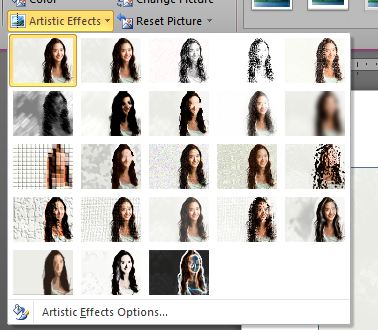 Of course, if your app is aimed at professional designers who need pixel-level control, the detailed options may still be necessary, but even then it may be better to have the primary task-focused UI and have parameters as advanced options.

Not the answer you're looking for? Browse other questions tagged labeling terminology lightbox or ask your own question.