How can I make the message of this hero image clearer?

You, like many others, may have some trouble understand what this hero shot means: 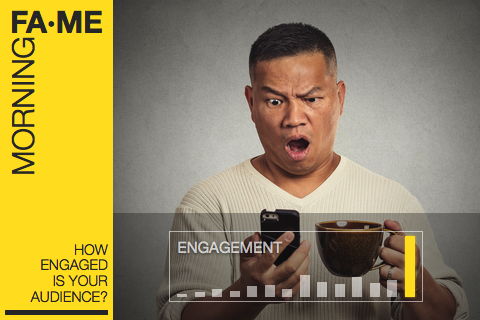 You can also check out the actual landing page to see how the same image looks on a big screen.

I intended to express a user who is surprised about the sudden high engagement results of his audience.

Although many people don't understand the message I like the hero shot photograph because it draws an interesting emotional response.

How can I make the message of this shot clearer?

Your layout is making users think WAY to much

On the surface your layout follows a classic Z-pattern for the eye:

Z-patterns are commonly used and can be effective. But to communicate a single message the layout has to follow a narrative.

Here's where it starts to go wrong...

(Follow along with the numbers in the screenshot above) 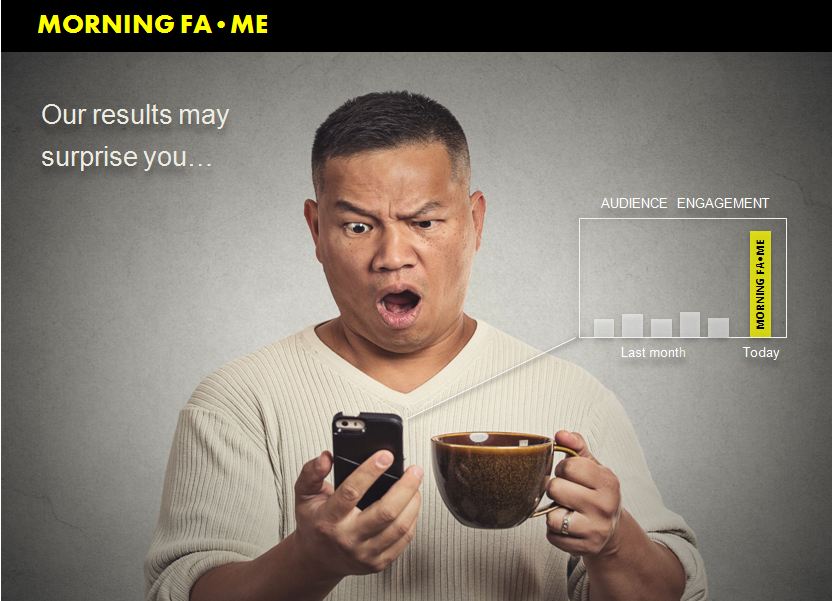 To be honest, the emotion that communicates the picture, at least to me, is of an outrageously shocked angry person. This is something I discussed in another question: if you're going to use emotions, make sure they're unmistakably understandable.

With the above being said, the eye goes directly to the angry face, and there's no explanation at all at why is that guy so annoyed. Your text on bottom left is absolutely secondary and out of the flow, the box with the bars is pretty much a question mark, I have no idea why is it there and what does it represent in the context.

Finally, your site's name. Unless your site is fa.me (which doesn't seem to be the case), i'd be very cautious about using that element in such an outstanding way and position.

Now, on to your question: if you're dead set on using that image, remove the "engagement box" and place the main slogan on top of the image so at least there's an explanation for the image. This way, you'll get a dubious emotion, which is reinforced by the slogan. Users may think "i'd have used another image", but at least there's less margin for interpretation.

And other than that, your landing page doesn't have a CTA. as an user, what am I supposed to do with your page? What are your intentions?

In short: in all honesty, I'd get rid of that image immediately, concentrate on copy, slogan, content and user actions and then reinforce the message with something happier, like a beautiful girl holding a phone with an "oh yes!" expression (just an idea, of course).

And sorry if I sound harsh, is not my intention at all, just being upfront about your site

EDIT: what I meant for expression is something like 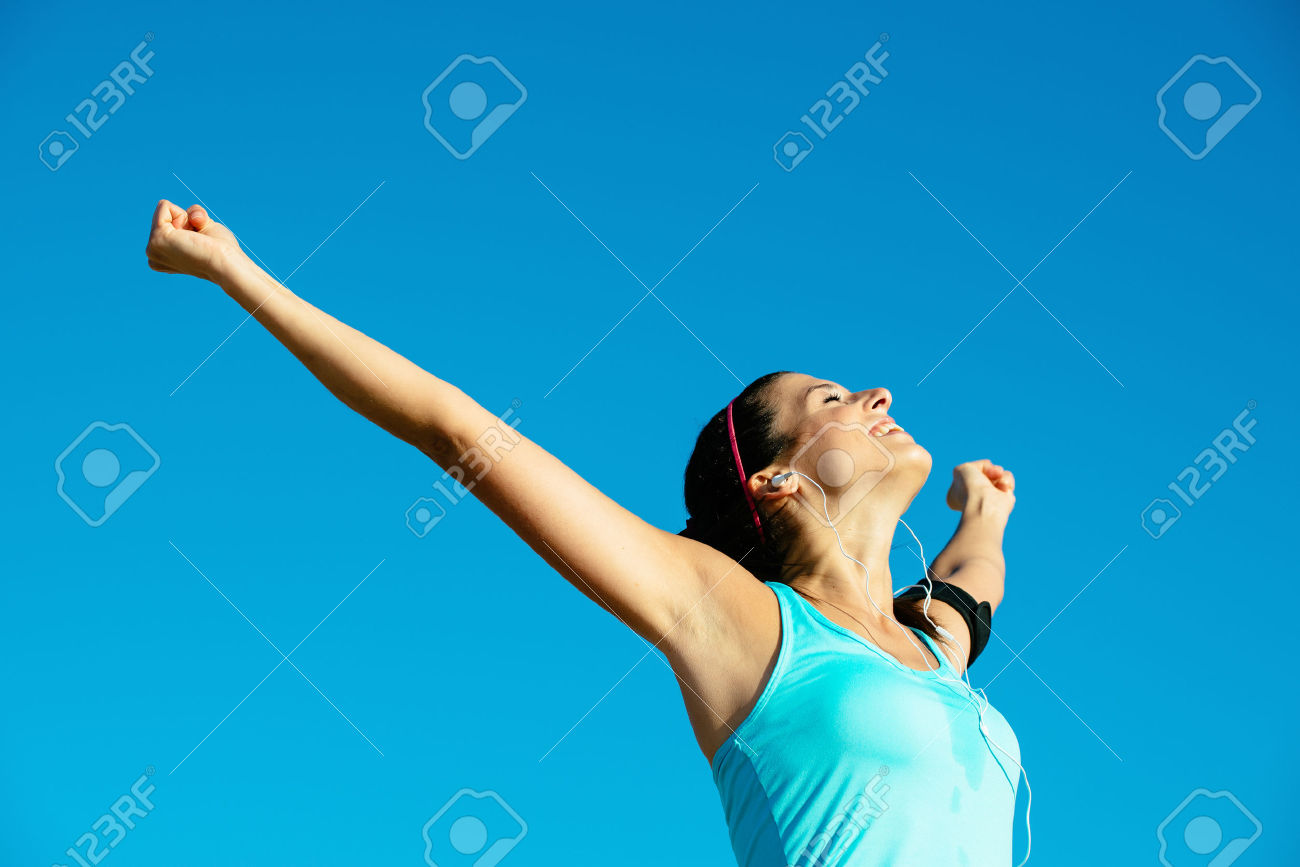 , only that less "stock-y" and boring. Remember to always tell a story with your images, make them personal, connect the user with the site and the service (stock images tends to be horrible at achieving that because they're too general). Also, try to provide eye contact from the model to the user, or from the model to the slogan/CTA

I intended to express a user who is surprised about the sudden high engagement of his audience.

Does the image that you use portray someone who is expressing this emotion? Don't you want that person to be positively happy about it?

Does the language and visual styling reinforce that message? Should it be in the affirmative tone with bolder (and/or brighter) visual cues

Do you have an idea how to make the message more explicit?

There are many strategies but you need to define the audience and make sure that you can test to see if that's exactly how they perceive your message as well.

The most common way to make the message more explicit is to create a catchy and memorable phrase or visual statement (or both) and lead onto a clear and simple call-to-action.

Not the answer you're looking for? Browse other questions tagged website-design visual-design homepage perception page-layout or ask your own question.

2
How can I make this complex photo upload system easy to use?
21
How can I make a form look simpler?
1
What is the name of this UI message element/dialog?
3
What are the benefits of the new Marks and Spencer large image fade?
1
On an E Commerce Website how effective is a Hero Banner?
3
How often should you change out a hero image?
2
How could I make this sheet more intuitive?
1
How can I make the article headlines more clean in my homepage?
13
How can I improve the UI/UX of this form?