Is a grayscale bar a bad way of showing temperature?

In my office there is an air conditioning unit that has a knob that adjusts the temperature with a grayscale bar with the shades getting darker from left to right above it but no other indication (such as numbers, a snowflake, etc). Sort of like this image:

This is very confusing to me. Typically I would think that temperature indicators would go from left to right (cold -> warm). But what if this isn't temperature but rather intensity where a higher intensity blast of air would result in colder temperatures? (off -> full blast)

Is white cold and black warm? Or white low intensity and black high intensity? Is it a badly designed indicator or are my intuitions off?

Bonus: What would be an idea for a better but just as minimalist design? How universal is this current design? Would snowflakes make more sense and how well understood would that be in climates with no snow? I don't think numbers would help unless they are associated with temperatures explicitly.

I took a photo of the knob. It doesn't look exactly like my illustration (in my defense it was dark inside the grid :-P ) 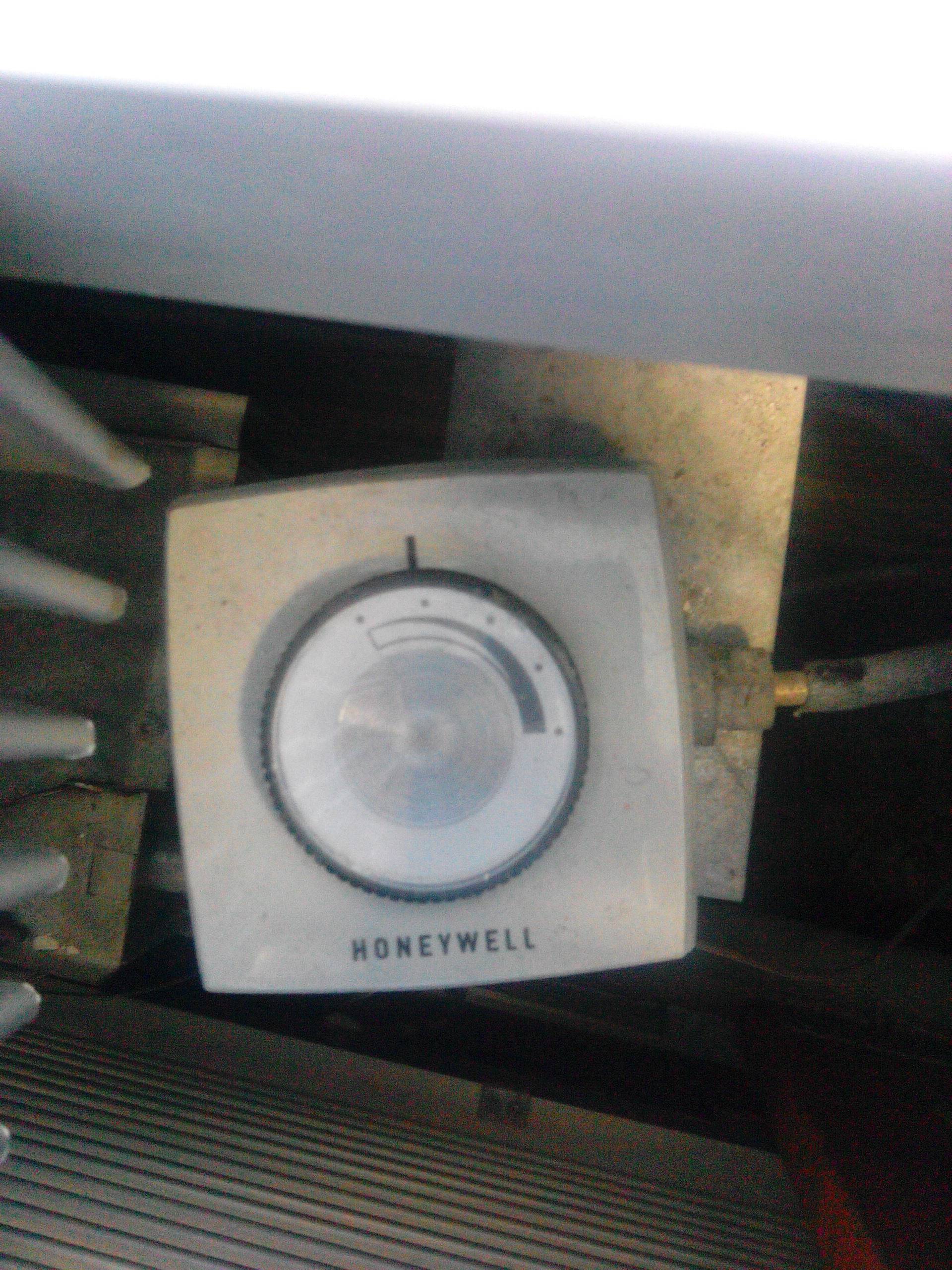 Yes, it's bad design for its lack of signifiers (signs in the world that offer guidance).

Adding one or more signifiers will help to improve it, some examples (more or less ordered from best to worst based on my preference):

Yes, Use of grey scale for depicting temperature is not at all a good idea.

The photograph shows clearly the change in intensity as the knob moves from white to grey. But it doesn't communicate the purpose of intensity, specially knowing that this knob is for adjusting the temperature, I think they got it all wrong.

A simple color depiction would have solved the problem.

A minimalist approach is to use colors users (by and large) can associate with temperature. Its blue for cold and red for hot. 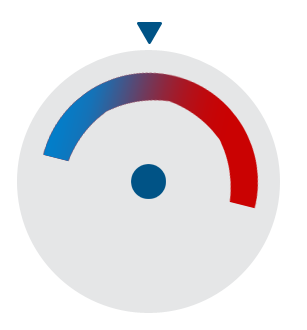 Some examples of cool and warm color will help: 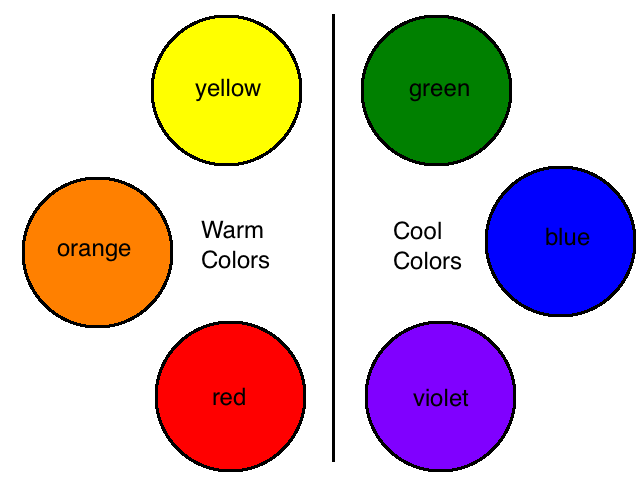 Combining the answer by @pzw and the original knop, referring a bit to @AntonioMarquis : we don't have to mix the colors to get the idea of 'temparature' across. These knobs might, indeed, be hiding in dark places, so let's keep a fair amount of contrast in the graphics. Just adding some (solid) color would do the trick. I also chose light blue instead of saturated blue, to keep good contrast between red and blue (also because of color blind people). 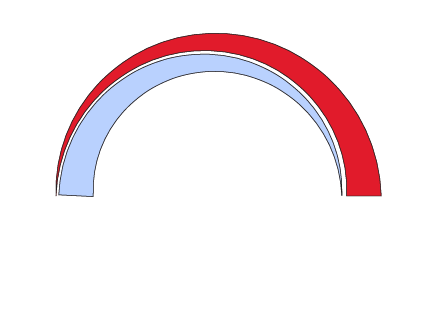 It could be a good design. A lot of times users would think an A/C temperature needed to be a specific number. The truth is that the A/C should be set to something comfortable.

In an office environment this leads to people "fighting" over the A/C setting. It also leads people to set the setting when they are not supposed to. For example setting a dial to full blue because they are hot.

By using that dial and representation, you discourage users for tinkering with it, because, frankly, there is no way to tell (at a glance) rather your setting it cooler or warmer. A Facilities guy could know "warm is gray" but the average user wouldn't have a clue.

That said, I think there are much better options for climate control then confusing knobs. But this could be a good design depending on goals. If you need a temperature knob, that discourages people from messing with it, while being cheap and in the open, this should do the trick.

I suppose there is also the possibility that this is not a temperature knob and is something like fan speed, that has little baring on temperature. Still, I would say that it's generally a bad design unless you were specifically trying to discourage turning the knob frequently.

One-word answer would be Yes.

This is definitely not the right way of depicting information and it is open to perception.

When a system is designed, you need to consider user's mental model. So you are right in perceiving the bar in different ways. You approach the design with your preconceived notions, or mental model which may or may not be exactly how the system works.

Thinking minimally, the shades of blue to red should universally depict, coldness and hotness respectively. However, that is not enough. You need to think about people who have specific color blindness. So there should be labels denoting the end of the scales as well. It is a Myth that just icons enhance usability, so a snowflake alone can not save you either. Just minimalisation should not hamper the user experience.

Use grey scale to show light and the tertiary colors for temperature. A Tertiary Color is a color made by mixing either one primary color with one secondary color, or two secondary colors, in a given color space such as RGB and CMYK (more modern) or RYB (traditional).

Not the answer you're looking for? Browse other questions tagged intuition color-perception or ask your own question.

32
Why does the fridge thermostat have an inverted scale?

3
Easiest way to tag content
9
Best way to communicate an abstract app concept such as a 'workspace' to users
4
Placement of login/signup relative to website nav bar
0
what are the techniques that allow design to teach user to use an interface in a way that seems natural?
6
Best way to combine Spotlight-style search with multi-tag selection
4
Dead-simple way to let a user select multiple time ranges
0
Top logo linking to different page on same domain, bad design?
0
Best way to insert a clear button in a datagrid cell