I have this long sequence of elements following a path. They work OK in desktop views, but I was wondering how to deal with the orphan arrows (in green in the mockup) while still preserving the visual representation of the connection paths. 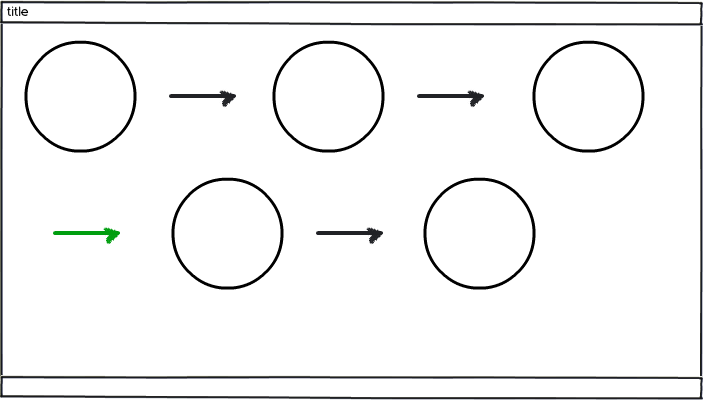 Of course I'm aware that I could simply make it all vertical, but I was wondering if there's a better way where I can keep the horizontal paths. The problem I'm facing is these elements have hierarchies in their data (despite the visual order) and I don't want to confuse the user in a vertical layout making them think the top element is more important than lower elements.

As an addendum, all circles have heavily hierarchized data inside them. I also took a look to Responsive Web Design - what should happen when the mobile device is rotated? but really not helping me

To better explain the concept, think on the first element as just a departure point, say a small town, and then you could go to a state capital, then a small city, then a big city, then a village and so on. Thus, what matters to me is the followed path, yet I don't want to confuse users with added visual hierarchies. I played with radial layout concepts, but really not making it work, so looking for some help here!

Here are some examples of grid layouts

Why not have arrows that explicitly point the the next circle in the sequence even when it's on the next line: 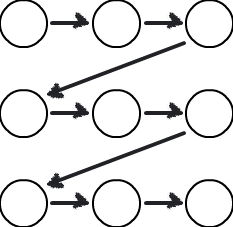 But, FWIW, I don't think a vertical array of things implies the top element is more important, just that it's first in the sequence. Circles and arrows could be used to reinforce the sequential nature of it:

Not the answer you're looking for? Browse other questions tagged info-visualisation responsive-design or ask your own question.

68
Responsive Web Design - what should happen when the mobile device is rotated?