Where should I place the leaderboard ad? [closed]

I've seen the leaderboard ad mainly being displayed on two locations: above header and below header. 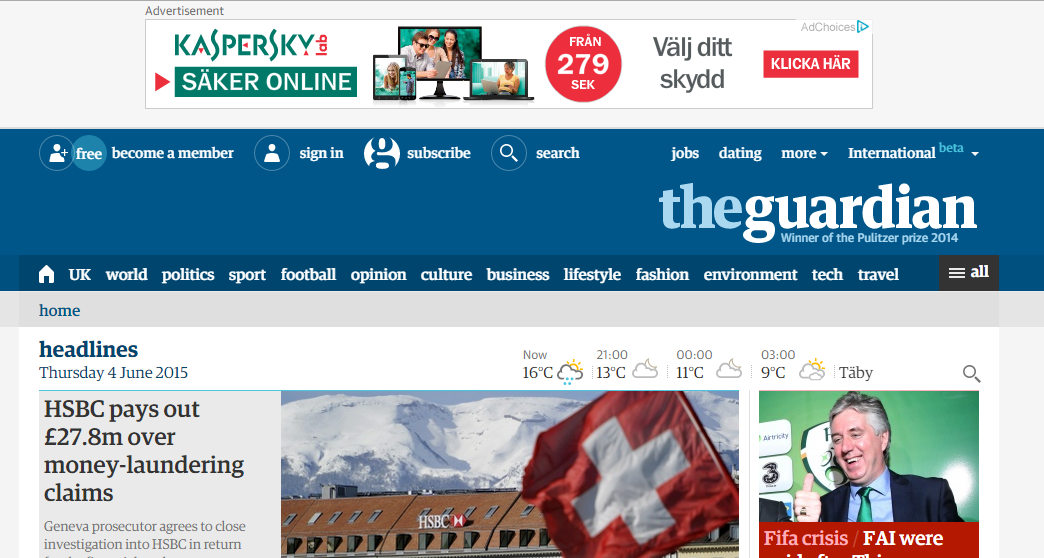 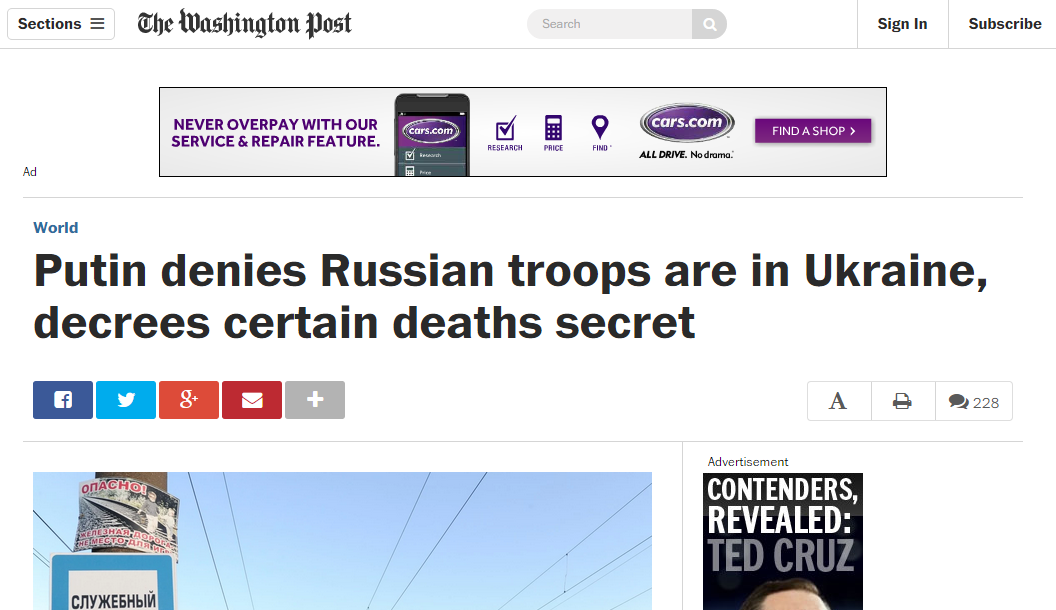 My question is, why did these websites went for one option over the other?

The design department won this one. They kept the ad out of the middle of the content. They placed that ad at the top of the page and while it is quite prominent it does not interrupt the users from easily consuming content. Users get to the navigation easier with less mouse movement, they don't have to look past the ad the to search, subscribe or sign in. The advertising department was still probably happy because it was at the very top of the page and that kind of helps make the sell. It is also getting the same amount of impressions (views) as the second example's design since it's above the fold.

Their advertising department won their battle. That ad is right in the middle of everything and really breaks the layout and flow of the page. It actually does a pretty good job of making the user stop and look at the ad because of how jarring it is. It breaks up the navigation, search, sign in and subscribe so people have to consistently look over it to get to some key parts of the site. From a UX standpoint this is not good news site design because it interferes with the content. From the advertising standpoint it is fantastic and the most coveted location for an ad. That top cube ad you see on the Washington post screenshot is the second most coveted.

That's my guess anyway. It's hard to know what goes on behind the scenes with every paper.

Speaking purely from speculation here as I'm not involved in the design of either sites.

Banner ads placed at the very top of the page seems to be the old traditional way of doing things. When a site is designed, sometimes ad placement wasn't taken into account. The easiest way to add the banner without redesigning the layout would be to add it to the top and push everything down. In theory (not so much in practice), it fits the requirement that the banner will get eyeballs on it as it's the first item on the page.

On the latter design where the banner is below the header. This seems like a design where ad placement is planned. (Also note the ad pane to the right... they also place ads within content.) The choices are likely heavily influenced by research on "banner blindness".

Lots of eye tracking research have been done on this phenomena in which readers are actively avoiding to look at anything that look like ads. The banner between the header and the content might be a way to alleviate this problem. In order for you to go from the content and navigation, you have to move your mouse pass the banner zone. Since we naturally track mouse movement with our eyes. Readers would have at least glanced at the ad.

Not the answer you're looking for? Browse other questions tagged placement header advertisement or ask your own question.

4
Where to place buttons on forms in a desktop application?
5
Where to put a global “add item” button?
3
Should there always be a header and footer on a website?
0
In a news article should the full-width image come before the H1, or after?
1
What is the best use of icons in the header? (icons replacing free text)
1
Filter placement
0
Hidden top navigation menu: best way to show it is there
2
Intranet static menu: Below or above page banner?
2
Search-Bar in Header OR Navigation?
3
Is it important to display a username to a user when logged in?