Interface for image editor app with many tools for small touchscreens?

I'm making an image editor app for phones with touchscreens. It will have tools that are similar to related desktop applications like brush, pencil, rubber, mask, smudge, crop, text etc. tools.

For a fluid workflow, I think these are important:

I think GIMP and Inkscape's toolbar based interface work well for these kinds of applications but there's just no room for huge toolbars on small screens.

I already have a toolbar at the top of the screen that has room for about 7 or 8 shortcut icons including the basics like undo and redo as this seems like a simple way to give one click access to operations. Without making the toolbar huge, there's only enough room for a handful of other icons.

I'm looking for ideas on how to make the best use of this space.

Some ideas I've had:

Is there anything obvious I'm missing?

I think the most important thing when working on images on mobile screens is screen real estate. You want more image and less UI so that you can see the fine details you are manipulating. So I propose that you pack them all in as much as possible.

Here is a quick mock up of one solution:

The button is in the lower left and the screen is clean. They can pinch to zoom in and out. 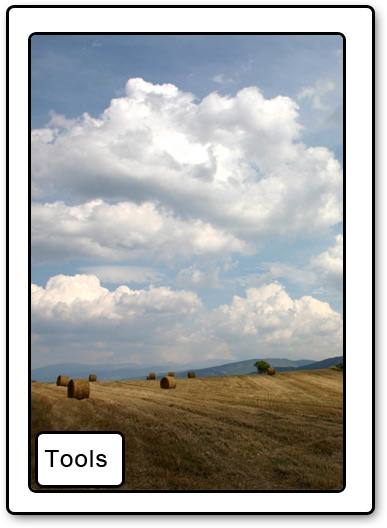 Tapping the Tools icon, brings up the nav of all the tools. Note the dark triangle on #3, this indicates that more tools are hidden there. Tapping and holding the icon would bring you to the 3rd ss that shows more tools. 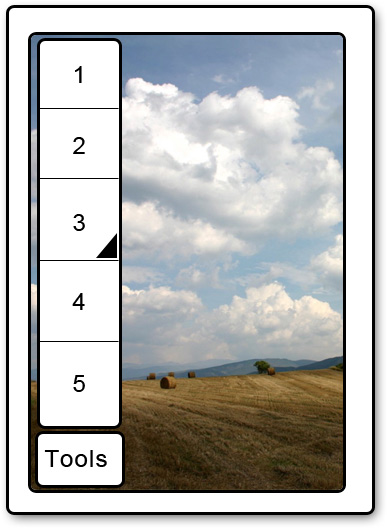 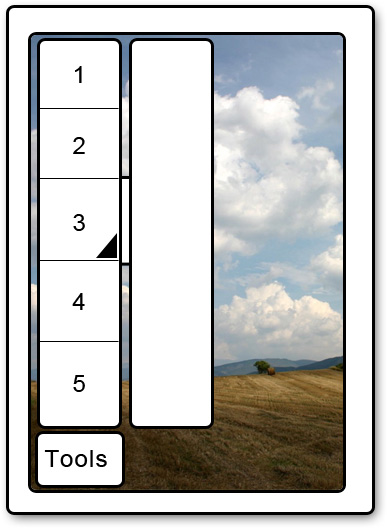 Image editing requires lots of precision work and seeing those changes are the most important.

1.) Make one button that opens a layer with all tools. Something like that (but with you tools instead of buttons of course): 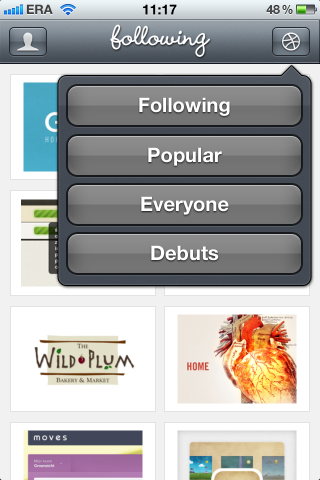 2.) Make a "drawer" to pull out. Something like the android notification bar: 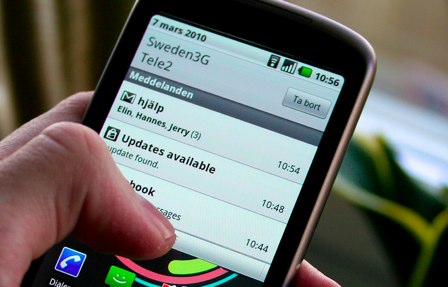 Or the Google iPhone app: 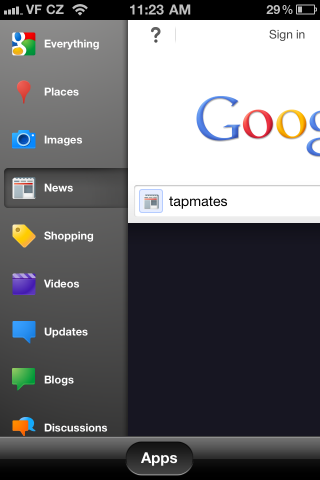 Personally I think the 1.) probably works better. And of course it's preferable to have all tools available all the time but you have to set priorities with limited space.

Edit: Did you take a look at Photoshop for iPhone? It could maybe even be reduced to one toolbar with the most used 3-4 tools plus one button for the rest of the tools. Here's a screenshot (I think it's an outdated version, but the principle didn't change): 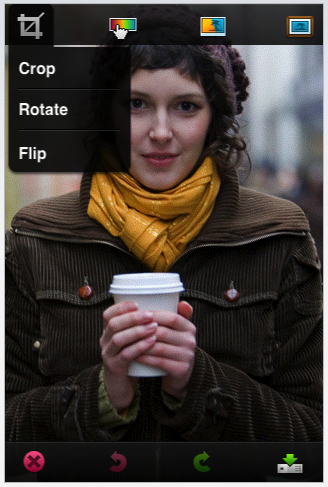 Spend $30 and grab dozens of apps from the app store and try them out. Personal preferences off the top of my head:

4
Animation with a vertical Toolbar?
19
Toolbar buttons - to be or not to be?
3
Navigation bar vs toolbar in iPad and related controls
2
Do we really need the system tray, taskbar and "quick start" separate?
1
Two toolbars in master-detail view
0
Should painting apps use right click?
0
How to visually differentiate action toolbar buttons from toggle ones?
5
Multi-Workspaced UI
1
Showing more information while decluttering the screen
1
Mobile doodling with finger, and being able to scroll?