Why are material design controls displayed on top?

I'm working on a new web application specifically designed for android devices and consequently it needs to be based on the Material principles though this question is about IA in general not only the material design.

I would prefer to display the navigation controls at the bottom of the screen instead of top to make them easier to reach. I'm wondering does google advise exactly the opposite (i.e. on top)? Especially on bigger devices I find this very unintuitive. Are there materials (i.e. a/b tests) that prove people prefer the navigation controls to be displayed on top of the screen? 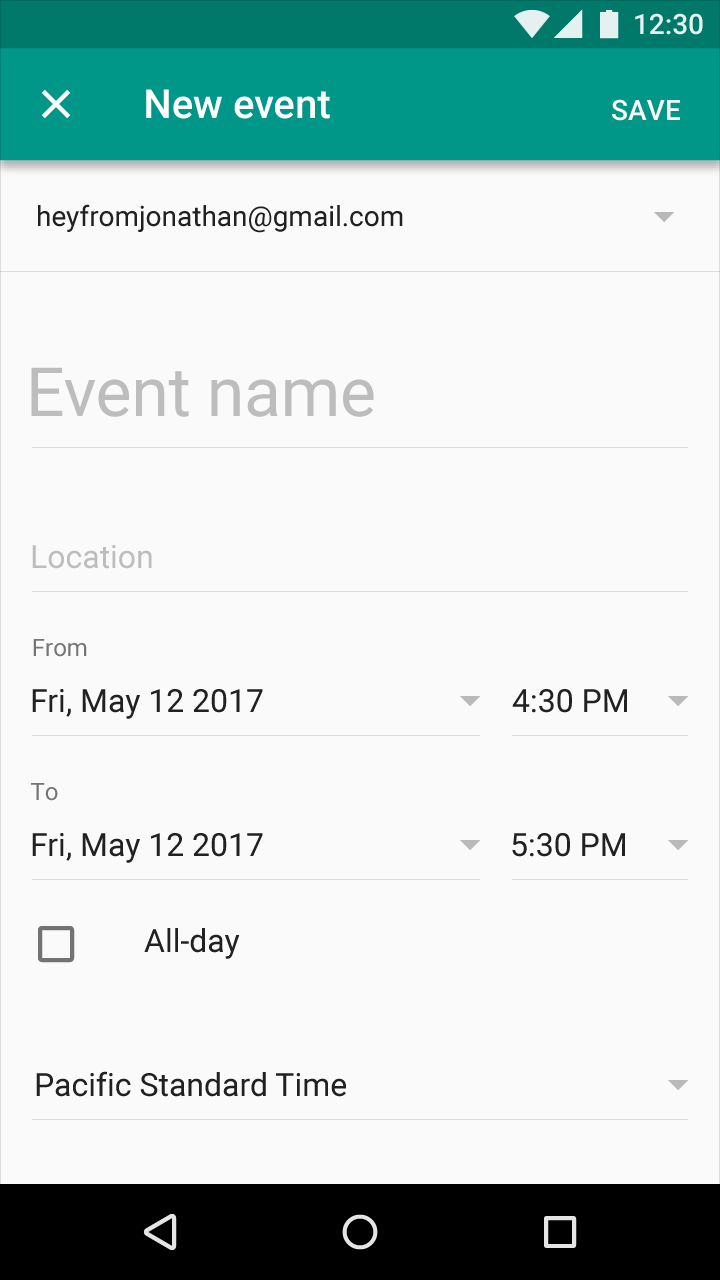 This is a very open-ended and potentially opinionated question, but I'll do my best to answer.

If I understand your question right, what you refer to as "navigation controls at the top" is actually called the Android Action Bar.

The action bar is a window feature that identifies the user location, and provides user actions and navigation modes. Using the action bar offers your users a familiar interface across applications that the system gracefully adapts for different screen configurations.

The key word in that quote is window. The action bar not only contains things for the user to interact with, but serves as a buffer between the status bar and the app running, almost like a sill to a window. And by displaying the current activity at the top of the app, it serves as an introduction to the rest of the content.

Other reasons why the action bar is at the top:

All of those elements would have to either appear from the top (relative to what without the action bar?) or display bottom-up, which would both look unappealing.

Finally, the actual Android on-screen navigation keys are at the bottom, as shown in your screenshot. Although it might be more accessible on larger screens if the action bar was at the bottom, having it right next to the navigation keys would make the interface look bottom-heavy. It also might create unintended actions from users, with the close proximity of so many elements.

Mobile devices as crammed full of menus and controls at the top of the screen and I agree it's annoying from a thumb-reach perspective, unfortunately it is quite a persistent pattern and in tests users (despite the interaction advantages) often prefer the top nav due to familiarity.

For what it's worth, here are a few examples of problems I've experienced with placing the controls (and/or navigation) at the bottom:

Also, on most form pages you're going to have to tap near the top of the screen anyway as you need to focus on the field you want to type in, so having controls up there doesn't matter too much.

In summary: It clashes with existing controls to put more at the bottom and most of the primary actions in material design are supposed to be provided via the circular button in a thumb-friendly location.

Familiarity is the main reason.

The action bar is a window feature that identifies the user location, and provides user actions and navigation modes. Using the action bar offers your users a familiar interface across applications that the system gracefully adapts for different screen configurations.

Note that this page allows for a "split action bar" like you're requesting. Although I would argue there are other benefits to combining them at the top. Users would expect to see their location (in your case, "New Event") at the top, and if Save and Cancel can fit on the same line it allows more screen area for the form itself.

Also remember that many Android devices, unlike iOS devices, have the Home button (and back, etc.) at the bottom of the screen. So placing your action buttons to the top might reduce the risk of the user accidentally exiting your app when hitting Save (or vice versa).

Not the answer you're looking for? Browse other questions tagged navigation information-architecture mobile-web mobile-first or ask your own question.

6
Task-based navigation with menu-items expanding to Mega Menus
1
Omitting pop-up based navigation
2
Are there specific guidelines on how you can design for “Mobile First”
4
Do I need an extra home link when I have the logo on the right hand side
2
Android design with two-tier (primary and secondary) navigation
3
When I should hide a toolbar in an Android App?
2
Advice on how best to deal with multiple navigation methods
3
Material Design website unfaithful to material design
2
Is scroll to top with Android native back button a common pattern?