Saving changes on Back key on Android 5 : how to deal with cases that need confirmation?

Some Android system apps, such as the official Contacts edit screen, have introduced a behavior which is that exiting an edit screen using the back or up buttons is equivalent of saying "OK" and triggers the changes to be saved. To cancel changes, one actually needs to open the overflow menu and select "Delete changes".

Since this is done in an official app, I feel like it is the new way to go and try to implement it in my current project.

Therefore, I am stuck in the case in which I have a form that allows editing a certain type of data. There are cases in which the form cannot be accepted (such as if some fields have invalid values) and others that require confirmation from the user (such as removing a sub-item of the data that will affect other parts of the application).

Documentation is missing on that subject...

When encountering such cases, should I show a confirmation dialog as the user is pressing the Back button? This seems necessary but awkward to me, as it would block the user from going back as desired. Or should I put a save button somewhere in the UI and keep the back button for cancel?

If applying such principles, that would give :

1st back press : a dialog tells the user that the form contains invalid values.

2nd back press (on the dialog) : the activity containing the form is dismissed, changes are discarded.

1st back press : a dialog tells the user that a designated change in the form contents is about to have destructive consequences, and gives a chance to cancel. Or it requests the choice of a policy to propagate such changes.

2nd back press : the activity containing the form is dismissed, changes are discarded.

android save confirmation material-design
Share
Improve this question
asked May 31, 2015 at 14:40

If you try entering an invalid email address in Google contacts, and press Back, it gets saved without validation. This is bad UX. Also, the Back button itself has a lot of ambiguity when it comes to navigation and form submission.

Regardless of what the guidelines suggest, the UI of the form you design depends on its function. If your form has fields to validate, it is always good to have a Submit or Confirm or Validate button. This gives users an idea on what has to happen next. Here are a few examples. 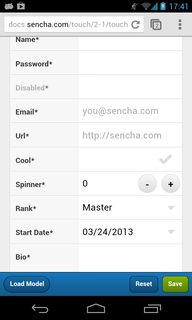 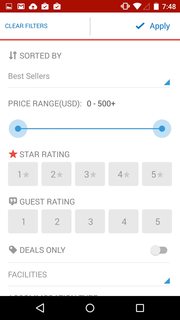 You can check http://pttrns.com/ for more such examples

Not the answer you're looking for? Browse other questions tagged android save confirmation material-design or ask your own question.

3
back/save or OK/cancel?
0
Is it acceptable to have a cancel button in Android dialogs?
9
Android back button; save or cancel?
4
Alert dialog to confirm a Cancel action
3
save/cancel dialog from pressing cancel
0
Should you autosave when app is minimized?
3
Swipe to delete (but not archive) on Android
2
Best practice when saving settings to backend on Android
3
Confirmation of user input: inline button or popup/modal?
0
Material Design Best Practice: Should a dialog "Accept" button only get enabled upon changes to a mutable inner state