Why does clicking the track on a scrollbar only navigate a fraction of the distance?

I am trying to understand the positioning logic for a scrollbar's thumb after the user clicks on the scrollbar's track. I'm surprised it's not as straight forward as I originally believed.

The expected scenario is what occurs when the distance to move is sufficiently small. The thumb centers itself over the clicked position on the track.

When dealing with larger distances - the thumb does not center itself. Instead, it only moves a fraction of the distance. If the clicking action is held then the scroll continues until the thumb covers the mouse's pointer, but no centering is attempted. 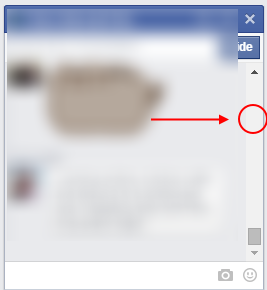 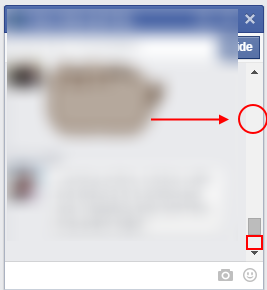 It was designed for the majority (pareto) use case

With generic scrolled content, it's more typical to read the content page by page than to jump directly to a location.

Therefore, the scroll track was designed as a large click zone for paging down through content, since that was the more common use case.

Note that in practice this is inconsistently implemented, so actual behaviors vary but pagination is the original design intent and UX logic.

Not the answer you're looking for? Browse other questions tagged scrollbars or ask your own question.

1
Jump to parts of file in scrollbar

3
Does any body have some statistics about the usage of scrollbar buttons(up and down) in a web page?
0
Should I accept the os/browser scrollbar or create my own?
25
Why do scrollbars revert to original scroll distance when mouse is dragged sideways too far?
8
Why does apple hide the vertical scrollbar on mac laptops?
2
What's the best scrollbar position for window with docked sidebar on the right?
3
What is the recommended height of a dropdown menu that has an internal scrollbar on desktop?
2
Is the currently most used scrollbar pattern good for ux?
1
Should the entire page have a scrollbar when the header is always visible?