Why are messages on the road printed in reverse?

After reading this question, something occurred to me that I've always wondered - but never thought to ask.

Why are road messages/signs printed in reverse? 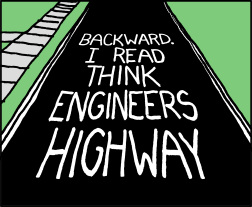 Anytime I encounter them, I read them reversed in natural order, and it provides a slight distraction as I flip them around in my head and parse the message. Road signs/messages are short and concise, and always fit into the normal human field of view (e.g. "Llama crossing" instead of "Watch out for the llamas that sometimes wander into the road in this area"). So why would road messages need to be printed in reverse order?

You read as you approach.

Theoretically. In reality, levels of visual acuity mean that some people (like you and I) can read the whole block at once. Another reason that painting information on the pavement isn't always ideal.

Here's a good visual for how this is designed to function in practice: 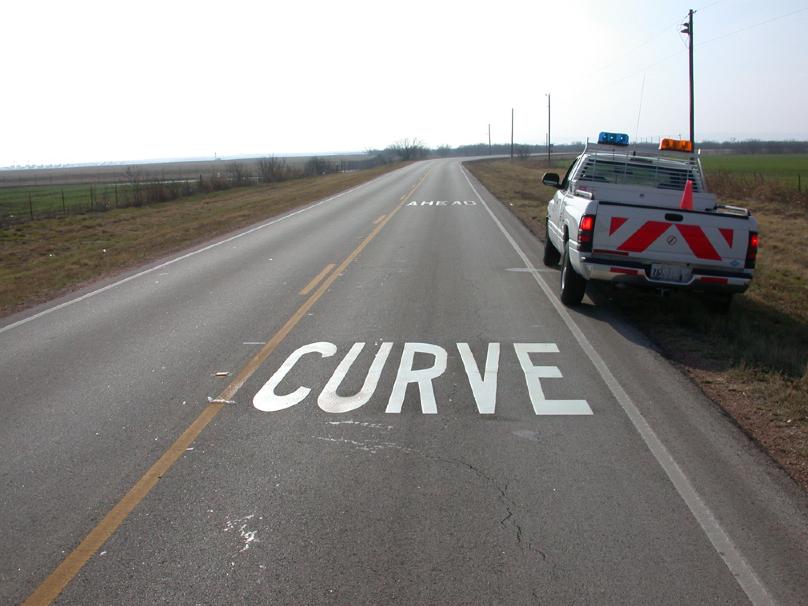 The trick is (as the image above shows) the spacing of the lines should be a function of the speed of travel: fast => more distance, slow => less distance. At high speed, this is pretty effective. Slow is a little trickier ...

The smaller spacing at low speed is still effective in heavy traffic (where the car in front obscures succeeding lines) and in low visibility conditions like fog where your headlights reveal one line at a time. But the accommodation that makes those important scenarios work also makes for an awkward read when nothing is impeding your vision. It's a trade off.

The Government says so

If you spend any time with the fantastically named FHWA MUTCD you'll see that they don't like to talk about words on pavement. There are reams of paper devoted to standing signs. But there is a not insignificant section on road markings. These are mostly lane indicators and other symbol-based communication.

The most oft spec'd word marking is "ONLY" for use in various lane directions. But there is a small section that speaks to multi-line messages. Here's the actual spec from the FHWA (emphasis mine):

Word and symbol markings should not exceed three lines of information.

If a pavement marking word message consists of more than one line of information, it should read in the direction of travel. The first word of the message should be nearest to the road user.

In the end, remember that the US Federal Highway Administration conducts extensive research on these things. That research is hard to find, but I have read of situations where adding pavement markings reduced a given problem (like people careening out of curve).

In most situations, these messages should be a supplement to road signs, which are usually easier to read. In that function, they work pretty well.

In complete agreement with the other answers, but to provide an alternate viewpoint: If you were driving at night, your headlights will reveal the beginning of the sentence before the end.

I have bad vision.

I can see well enough to drive, but if that message is more than a line or two, I won't be able to read the beginning of it before I've passed the end of it.

They're written backwards for me.

Consider the case where you're following a large vehicle, such as a tractor trailer that prevents you from seeing subsequent lines. It would be difficult to understand when you're only able to see one line at a time if the lines aren't in order.

Additionally, it's important to consider other drivers who may have trouble reading. It's necessary to give everyone the maximum possible time to see and read signage.

It facilitates reading the text in moderate traffic.

If there are other vehicles on the road and you are following at a safe distance, you will read the closer text first as your view of the farther text will be blocked. This allows you to read the full message incrementally.

Obviously this breaks down when there is no traffic and you have decent vision, but seeing the full message is a feature, not a bug in this case.

This is a means to address the smallest minority of drivers who have difficulty reading. Fluent readers will "chunk" the phrase, even if separated into two lines. E.g., you understand, "Stop Ahead" as one concept or action, and find "AHEAD STOP" as awkward or odd. Although there may be some research done on this subject, it may have been poorly-framed. It is also not clear that pavement words are effective at all, or more effective than lines and symbols.

Just to mention that this isn't the case worldwide. This is in the UK. 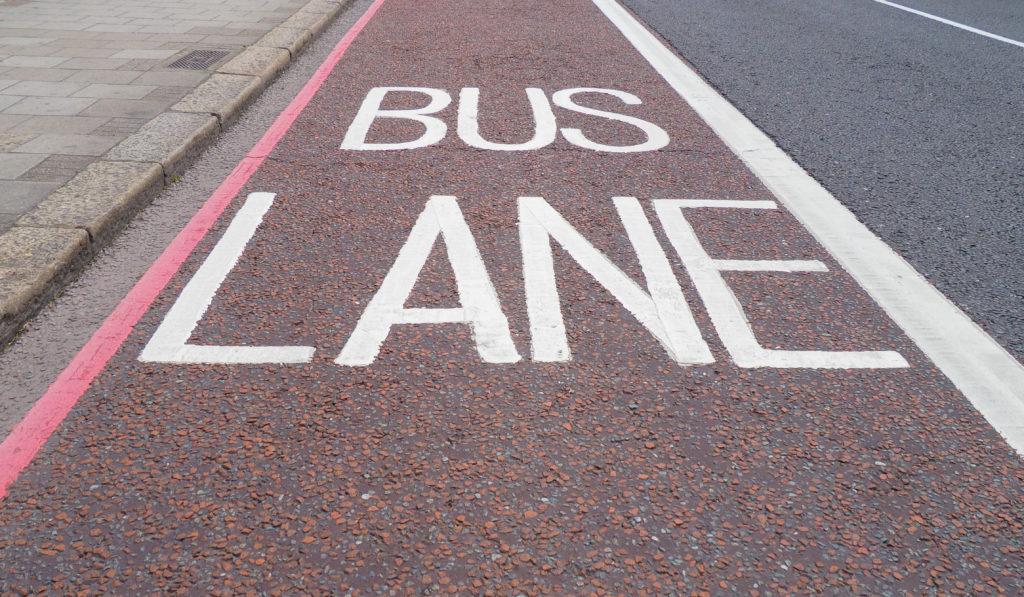 Not the answer you're looking for? Browse other questions tagged design physical readability perception wayfinding or ask your own question.

75
Do signs printed on the road offer a significant advantage for the user over signs on a post?

11
Why do my / sent text messages appear on the right of the dialogue?
1
How does the projection-angle of road arrows change drivers' expectations of the appropriate speed in a curve?
3
What is the psychology behind road markings on lanes unaffected by speed cameras?
10
Why most of the microphones are placed on the left of headsets / headphones?
75
Do signs printed on the road offer a significant advantage for the user over signs on a post?
4
Why do we always append messages at the bottom rather than the top?
1
Why is the telescoping toilet paper roller preferred over a simpler solution?
3
Why is the accelerator pedal in cars are at the right side ?
0
Why are stove controls like this?