Has anybody had experience testing interactive touch-based displays for ux usability. Specifically, i'm looking at large-screen (i.e. wall-sized) touch screen software experiences that use advanced gestures such as pinch-and-zoom or swipe. Would you test this the same way you would any website, or are there tailored usability testing methodologies for this? 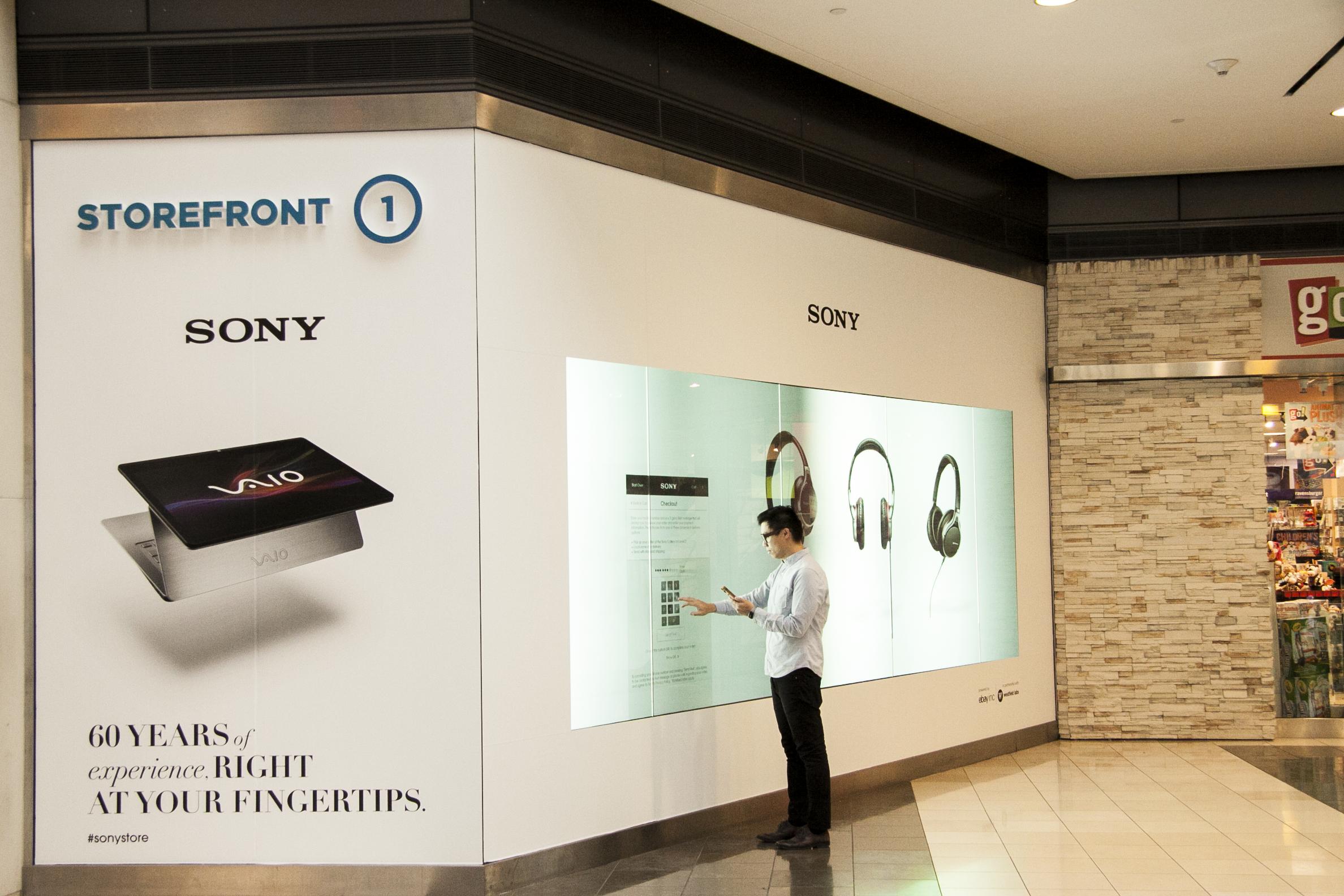 Seems like the main difference/difficulty is the extra steps required to see how people interact with it in context up on the wall. Hope you have a budget to design and print giant prototypes! :) I don't think "best practices" change as much as internal workflow. You still need to observe users in context & note what works vs what doesn't, but if the product is big then work BIG.

The Samsung "Centerstage" interactive kiosk is a great example, and this piece from Motionographer describes the design company's thought process and some considerations for design and user/audience interaction.

For example, novice users get up close & just tap, whereas store employees trained on its use have fun impressing people w/big sweeping gestures.

There's also the consideration of audiences. You have the primary "user" actually interacting, but it's also a huge showpiece that can attract a passive audience of onlookers. Those passive onlookers may learn by watching and change how they'd interact, so they're no longer "virgin" users.

One other thing I noticed from the "Behind the Scenes" video is that even in their internal meetings the team is often shown working at scale. They might do initial designs on a desktop monitor, but it seems that as much as possible they're looking at code up on a giant wall alongside the giant motion graphics & images.

Not the answer you're looking for? Browse other questions tagged usability user-research usability-testing hci lean-ux or ask your own question.

8
A standard / benchmark test for user familiarity or proficiency with computer technology in usability testing
14
How can I get useful usability data from a focus group that are not made up of end-users?
0
Are touch-start and touch-end (i.e. Mouse-down and mouse-up for touch-screens) intuitive?
7
Usability testing using GoPro?
0
Best practices for getting quantitative feedback on design variations from a large number of users
1
Help and advice on user testing for accessibility?
1
UX Best Practices for Web Controls
2
Expand/Collapse functionality best practices for a table