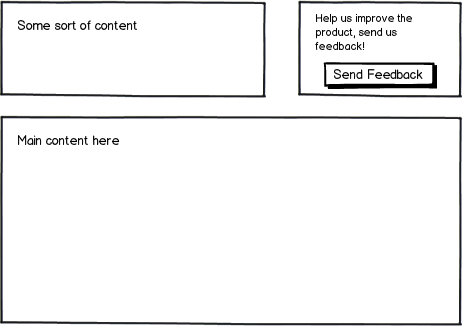 11
Do online-feedback tools generate useful feedback?
10
How important is feedback?
50
Should I provide feedback from a save button?
2
Fixed Feedback button on the side of LEFT or RIGHT side of the window?
1
Gathering Users Feedback
5
Pushing back on attitudinal feedback?
2
How to get feedback from user for a very small change
0
Giving audio/visual feedback on button click
1
seeking feedback for course from learners
1
How to get users feedback on experience when they are not 'your' users?