I need to make a form for registering content. However, my client want the same content in multiple languages. Before confirming the registration

Which layout strategy use without much impact the database and its structure?

A common solution for things like multilingual customs or banking forms is either to stack translations vertically, or to write them horizontally but separated with a slash "/" : 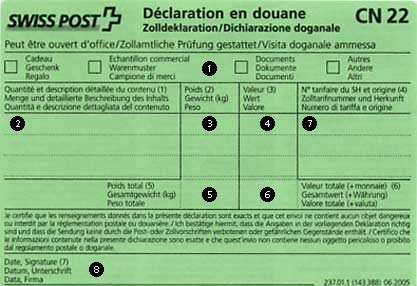 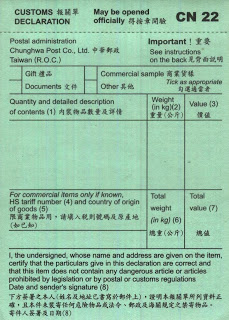 Not exactly pretty, but functional and makes good use of rather restricted space. Depending on the required languages and their use within the target audience, you could also use a different font size/weight to indicate a primary language accompanied by secondary ones. In many cases however, it seems form designers have opted for giving all included languages equal weight so as not to ruffle any feathers. I can imagine the loud fights over which language gets to be "first" and which come later...

This simultaneous-display approach falls apart when you have more than 2-3 languages, or when dealing with right-to-left languages such as Arabic, Farsi, Pashto, etc: 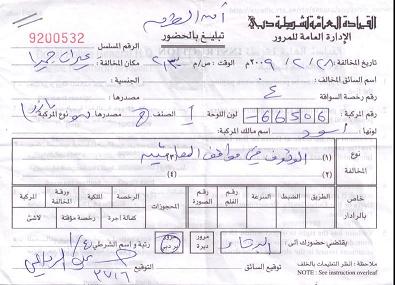 There's no easy way to create a form that can accommodate both directions simultaneously (unless every line is full-width?). Even then for an online form you have to specify which text direction is used for the input, which would likely require the user to explicitly choose a language anyway. In these cases (or perhaps in all of them), a separate form based on choice of language may be preferable.

Perhaps begin by designing for whichever required language takes up the most space due to word length (German, Swahili, & Turkic languages are all rather long). That way you should have plenty of room for other "shorter" languages like Chinese. Ideally, the input fields will be flexible, but this at least gives you some boundaries.

Also note that equal font sizes aren't always visually equivalent in different languages. English 12-pt text is generally legible, but (to me at least) 12-pt Arabic text seems tiny and indecipherable. If you look at the Wikipedia page for the Arabic language, you'll note that English font size is 110%, but words written in Arabic are 125%, for this reason. The use of dynamic user-adjustable type can also help with this.

In my experience of multi-language applications, they bring their own complications. As you don't know the exact size of the prompt that is brought forth from the localisation item, you will need to design your form to be flexible.

If you have a set of defined languages and the resources have already been translated you can get a feel for common terms (form prompts) and the amount of space you will need to provide for them.

8
Should user registration be tabbed or part of a multi-step form?
0
How ask users to register for our database within another registration process?
6
Best way to register and login within the same form
3
How to display languages in a complex social media similar url structure?
1
Complex Data Input form with random amount of fields - how to lay out
1
Form saving automatically
4
Countries vs. Languages - changes in phases
5
UX/UI Responsive - Long forms with multiple language content
5
Multilayered form with multiple options in smartphone
2
Form with C union-like structure