Research on the most intuitive gestures for mobile devices

What does current UX research tell us about gestures on mobile devices? Which gestures are the simplest to execute and which are not? What makes a mobile gesture intuitive?

For example: Do users generally find making a 3/4 arc movement with the thumb as easy to execute as a swipe left?

I've been googling for research papers but I'm unable to locate any. Thanks in advance.

Here are some of the most common ones I have seen in a variety of style guides and documentation. If you want to see if users are familiar with them you could set up a mechanical turk and ask them to guess what they would think the following features might mean on a device. Or if its a new gesture or a gesture they are already aware of. 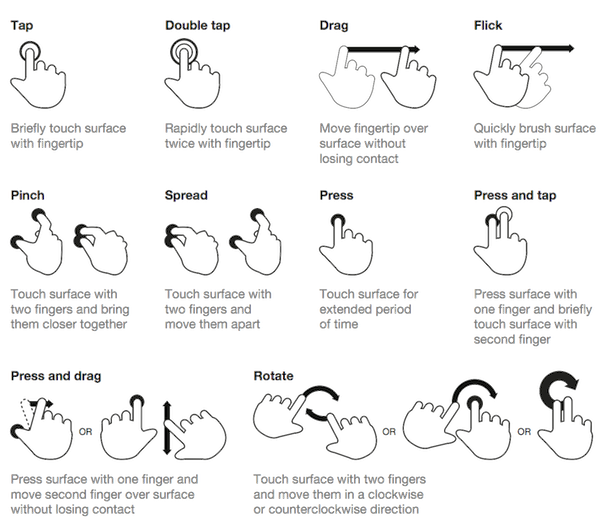 However there are always novel gestures being developed.

I am a huge fan of the radial menus as seen below. 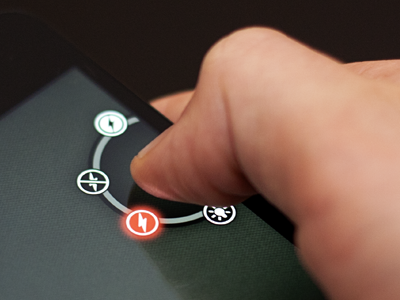 I did a search on Google Scholar and found a paper in which the authors develop a user-defined gesture set to use on mobile device. Resulting gesture set is motion based (OP was probably looking for touch based gestures) but it is more intuitive to the test users as they have defined it themselves.

I didn't found any papers on how would user-defined set of touch gestures look like or what would be the most intuitive touch gestures.

Though, come to think of it, user-defined set of touch gestures would probably look a lot like something we already have (as best practices, on design guides) because of all the exposure to touch screens.

Not surprisingly, there is at least one book on how touch interaction could be more natural.

The second realization is that these input devices, while not themselves creating a better user experience, could be enablers for the creation of a UI that is more natural to use, and could fundamentally change the way we interact with technology. We dub this the natural user interface.

For a bonus here is Direct Manipulation Interfaces by Hutchins, Hollan and Norman.

I would advice you to read Apple's HIG on the topic.

Not the answer you're looking for? Browse other questions tagged usability mobile research gestures or ask your own question.

1
UI gestures for Kinect, Kinect-type devices
6
Best practices for direction control in 2d game on mobile
2
Should multiple gestures be used for the same action on mobile devises?
3
RX for Tap-phobia? Looking for research on 'back' navigation for mobile
1
Gestures and mobile websites
3
Research CALL (Computer-Assisted Language Learning) with mobile devices
4
Easy and intuitive way to prompt the user for data entry throughout the day? (iOS app)
3
Mobile swipe view with multiple gestures, what would be the best approach
4
What is the default or accepted convention for swipe gestures on mobile application
22
Describing 3D swiping hand movement as curve on a XY plane