I'm building a CMS using Zurb Foundation with a direct edit philosophy, eg as much as possible users should be able to drag to resize or move elements etc.

I prototyped it at desktop resolution, and this is the pattern I used for editing columns: 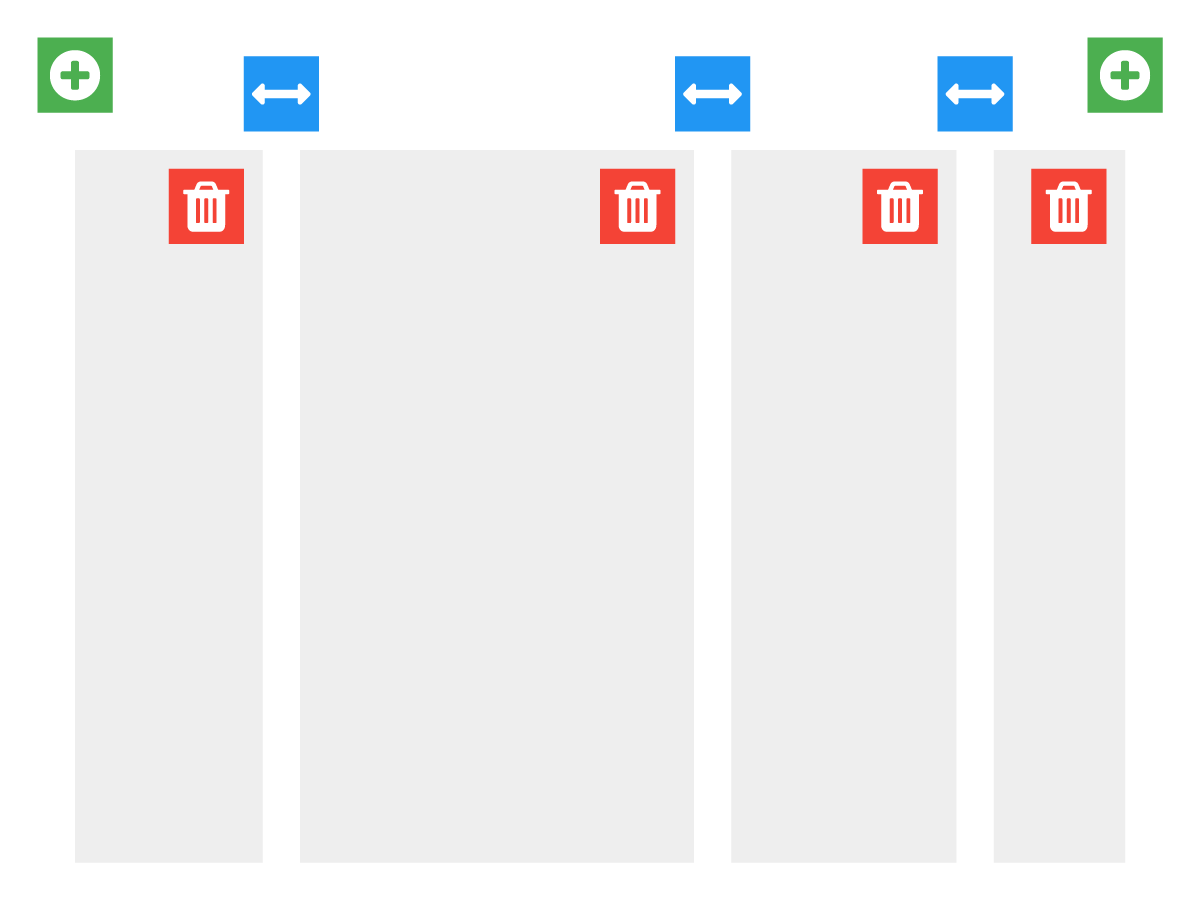 I think this illustration should be self-explanatory, but just in case, you can click to add new columns with the green icons, the blue icons can be dragged horizontally to adjust the widths, red to delete a column etc.

As I was prototyping at desktop res, I used Foundation's "large-n" CSS classes for the column widths.

Now I want to add Foundation's breakpoints to the CMS, (so you can, for example, set "medium-n" and "small-n" columns) and I'm having trouble visualising how this should work - at the moment if you had the column set above and change to a medium screen width, the columns are rendered as rows by Foundation (as expected): 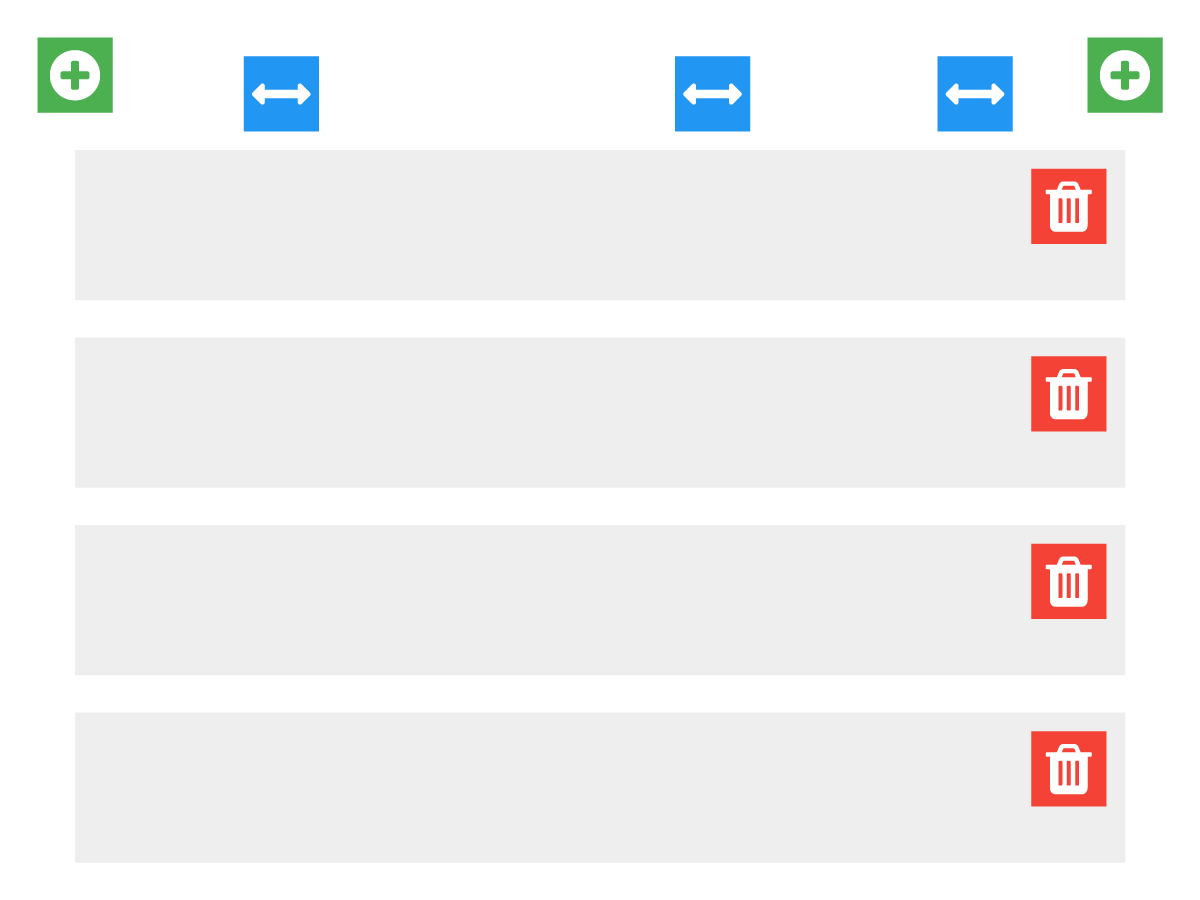 Note that it shows the controls from the large column state - I left those in to show that I'm unsure what to do here.

So - the paradigm works fine if you're only ever dealing with "large", but it's hard for me to visualise how to handle the transition, for example the person using the CMS would probably now want to limit this particular four column layout to say, 2 or 3 columns for "medium", and 1 or 2 for "small", depending on the column content. They need to be free to make that decision.

What would be a better pattern, or a modification to my existing pattern, for allowing users to control the columns widths across different breakpoints?

I think icons are fine to a degree, however when you need to display information that isn't easily represented by icons, I'd revert to text.

In use (sorry I don't have the same icons, hopefully you get the picture)

OK - so as mentioned in the comment above, my assumption that "every column in the set sits in the same row" was misguided, as was my trying to use the ux paradigm that we're used to for resizing say, columns in a table.

Here's my working model going forward. Please note, I removed the UI elements for adding additional columns for clarity in this example.

I am going to replace the "drag the space between columns to resize" action with a numeric spinner defining the width on the grid.

Say you have a balanced column set (widths sum to 12, as per Foundation's grid), and you increase the size of one column, wrapping will occur:

Then, you switch to medium size, and as you have yet to define any column widths, they show a null state in the numeric spinners, and act as rows. You can then set each columns width for this breakpoint:

7
Invite users to inline edit not only on hover?
0
I've got a UX dilemma related to the entry of a date/time in to a calendar for booking time off
1
What is a term users can understand when leaving Edit mode?
0
Allowing users to filter and expand a default set of search results
0
How to display a large amount of "edit users" panels?
4
UX for selecting complex set of nodes from 2-level, dynamic, moderate-size tree?
3
Allowing users to select all items except few
1
Allowing users to select large items to export from a paginated list
1
How to handle grid system and layout at different breakpoints when designing wireframes / mockups?