Why notify the user when a device is plugged into the audio jack?

Some Lenovo systems, like the Lenovo Y510P, send a system tray notification when a device is plugged/unplugged from the audio or microphone jack.

To me, however, this notification seems redundant; the user knows that he/she plugged the device into the physical port, so why does Lenovo deem it necessary to notify the user of this action that the user physically had to complete?

Is there some user experience reasoning behind this decision that I'm unaware of?

Its a visual indicator that his action was successful and system can use the jack now. It can be considered as a derivative of Neilson's heuristic i.e.

Though a popup is intrusive and not the best way to communicate information,it is often a common design method to inform users that the system state desired has been achieved so that he can take the desired next steps 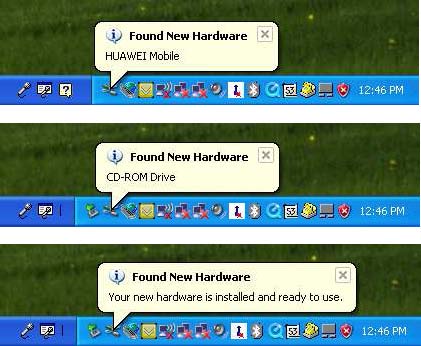 That notification comes from software that is used on multiple lenovo laptops. In some cases, there is one audio port (1/8 inch / 3.5mm). The audio port serves as input and output. If you have a lenovo laptop with one port, further dialogue takes place asking what the device is (headphone, microphone, line in, etc.) For one port machines, I think it is necessary. The software/user lets the OS know to switch the port to input or output.

If you think the OS can tell the difference between headphones and a microphone, it can't. Plug standard headphones into your microphone jack. Yell into the headphones while running something like Adobe Audition to record. When reversed, headphone become a microphone.

Lenovo isn't the only one; Samsung and a lot of other PC makers do this. Their reasoning is that if your headphones don't work for whatever reason, the user isn't made aware of it at all. So the slight pop-up is an alert that yes, you're plugged in.

Some of the smarter built computers also will differentiate between headphones and headsets (with a microphone), which is more useful since headsets tend to have their microphones damaged over time.

However a large number of computer makers do this in a terrible way, with blocking pop-ups that ask the device type and what you'd like to do with it. That's overly complicated and annoying and gets in the way. That's why in the past most companies displayed nothing when plugging in headphones. That's why Apple still to this day doesn't do it, and why Windows by default doesn't do anything.

4
Why do programs ask the user to configure auto-update when first run?
6
Should I build camera functionality into a photo sharing app or let the user use the device camera app they would already be familiar with?
0
How should calibration prompts be displayed/worded when the user has to set the initial value?
30
What is the terminology for tricking the user into thinking they've almost won big?
3
When it is good to reduce the user steps?
3
Is anyone aware of (or has anyone conducted) research into the user experience of 3D televisions?
10
What research exists into the user experience of physical smartwatch designs?