It often happens that I will be using a piece of software, and I will have the opportunity to specify something to the effect of 'qualifying extensions', and extensions that meet that criteria will be applied to that setting.

I think that example is perfect, because it is just the sort of place where the ambiguity gets introduced.

What is the acceptable format here:

A lot of times, putting in the wrong format won't cause an error, but, the filter won't work, and you may not notice until your down the road a bit. Not wanting to deal with that future, (given the example above) I put in both - .svg,svg,gif,.gif,pdf,.pdf,jpg,.jpg - which seems stupid.

I have seen each of the specified formats be the one that the software requires, and no matter what format the program wants, it almost never makes it explicit.

My questions are as follows:

From a user point of view "file extension" is troublesome. Extensions can be hidden and often times are by default by modern file browsers. 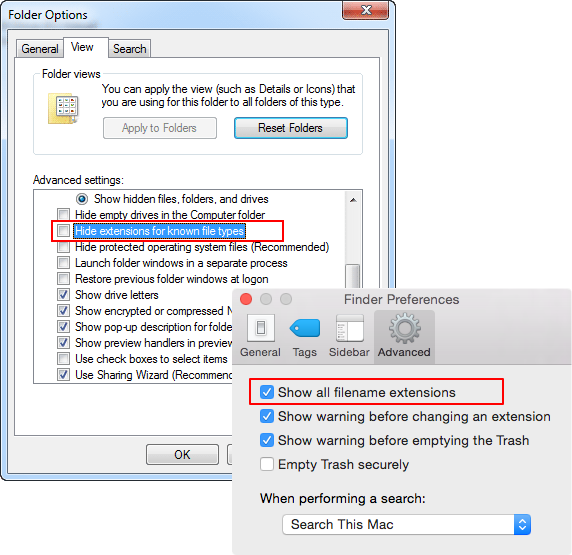 For many common file types, it doesn't matter to the user. For example, I don't care if the extension is ".doc" or ".docx" -- all I care about it that the file opens in Word, lets me modify it, and saves correctly. Knowing what the extension is doesn't help the average user.

Your average user, as a result, doesn't necessarily know one extension from another. ".png", ".gif", ".jpg", ".xls" isn't descriptive to many people.

Extension is ultimately a piece of the underlying system. Don't force the user to understand what is going on under the covers if they don't have to.

Ask someone: "What type of file is this?" You may not get the answer you expected, and asking several people could generate different answers.

Show them an image, what are some of the possible answers:

People will answer to what they know. But "type" is certainly the better term, between the two.

When asking for a set of "allowed file types", remove the uncertainty involved with the entry.

Provide a drop down, or other selection mechanism. Similar to your standard Save dialog's file format selection, provide the user the ability to select from a list that includes both descriptive names and the extensions. 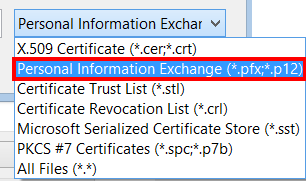 Such an option also allows you to include multiple options per type as well. So "Image (.png, .gif, .jpg)", for example.

Allow common alternatives to cover different common variations. Allow both ".png" and "png" to work. Don't make the user wonder which is correct, just make them both work.

This starts to move towards a more advanced user, since we are now asking the user to know what a "png" is. Remember, lots of people don't.

The issue is that the user doesn't know if the entry is acceptable or not until commiting the entry. This is bad. I can think of two solutions. 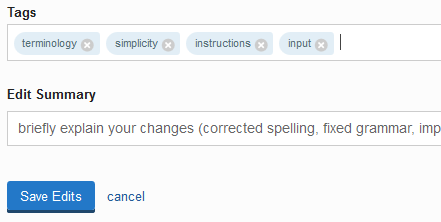 Not the answer you're looking for? Browse other questions tagged terminology simplicity instructions or ask your own question.

3
What to call a first-level navigation item that helps guide various user types to different parts of the site?
0
How to allow for seamless creation of new keywords with a mandatory category?
0
Agree to “terms and conditions” before downloading a file
2
Uploading vs Linking to Existing file?
3
How to eliminate a repeating tree hierarchy for the types that share the same structure?
1
How to name different data display types?
1
If a user is creating a collection with the same name as another collection, should we allow it?