On almost all keyboard layouts I have ever seen, the 0 is to the right of the 9, rather than to the left of the 1 (the original Dvorak layout is the only exception I can think of; it has 0 between 9 and 2):

Why is the 0 to the right of 9 rather than to the left of 1 — the latter seems more logical, as it means all digits are in increasing order?

The modern answer is, of course, because people are used to it. So the real answer must lie in history...

Many early typewriter keyboards did not have any key to the left of the "2", since a typist who needed to type the digit below that could use an uppercase "I" [for machines without "shift" keys] or lowercase "l" [for machines with them] for the purpose. Typewriter keyboards which used a shift key for uppercase did generally include a "0", however, since typing an uppercase "O" as an alternative would require using the shift key. Putting the zero to the right of the nine meant that it could be in the same place on keyboards which include a "1" as on keys which do not.

supercat and BowlOfRed's answers are right on the track, but I feel like there are some missing info that I can add.

Note: Since OP mentions "On almost all keyboard layouts I have ever seen", I assume OP is talking about QWERTY layout, which "is the most common modern-day keyboard layout for Latin script."

Let's take a look at the history of keyboard layout:

Keyboard layouts have evolved over time, usually alongside major technology changes. Particularly influential have been: the Sholes and Glidden typewriter [...] which introduced QWERTY; its successor, the Remington No. 2 (1878), which introduced the shift key ; the IBM Selectric (1961), a very influential electric typewriter, which was imitated by computer keyboards; and the IBM PC (1981), namely the Model M (1985), which is the basis for many modern keyboard layouts.

Basically, we can safely say that most computer keyboards that we're using now is based on Sholes and Glidden typewriter with its QWERTY layout. So, we have to take a look at a particular characteristic of it: The Sholes and Glidden could print only upper-case letters.

As it has been mentioned on previous answers, 1 and 0 didn't exist before the final iteration of QWERTY, since "1" and "0" are identical to "I" and "O".

The third iteration of QWERTY has layout like this: 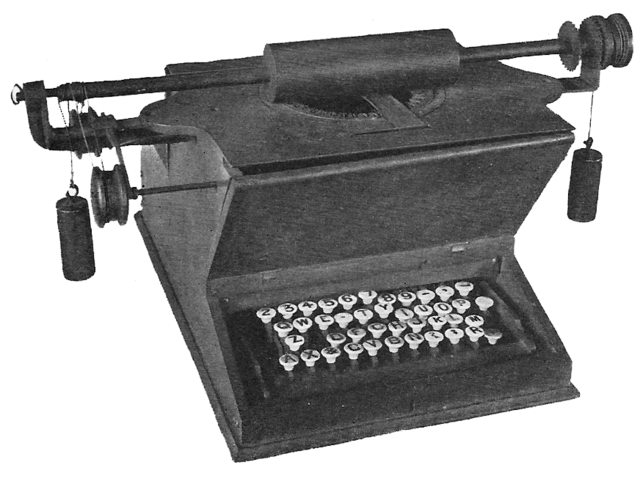 The final iteration of QWERTY (as we've been using) has layout like this:

But before that, some keyboards still omitted 1, just like BowlOfRed mentioned, "The 0 key was added and standardized in its modern position early in the history of the typewriter, but the 1 and exclamation point were left off some typewriter keyboards into the 1970s", and it was placed after 9 because it looks better logically than having 0 before 2. And thus, 1 was placed before 2, the only place left without changing the overall layout. 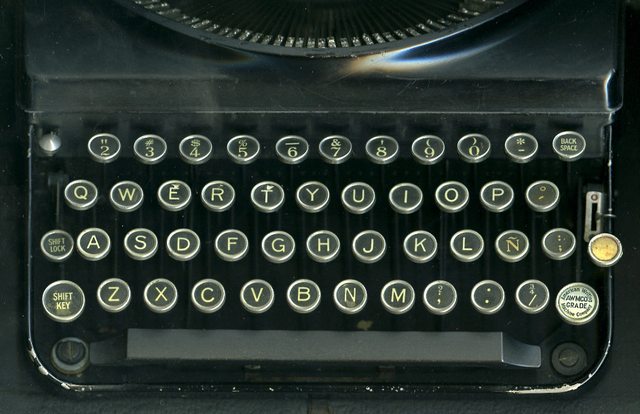 It should not be next to the 9

...but it remains there, much like the inefficient QWERTY keyboard layout itself, because it's a legacy problem (aka people are used to it and there are high switching costs). This wikipedia entry and This book excerpt provides some interesting background on the QWERTY keyboard issue and history.

Unfortunately, because of legacy issues, this is unlikely to change anytime soon....

At least part of the answer must be that it couldn't be placed next to the 1 because... there was usually no 1 (mentioned in this Wikipedia article).

The original keyboards were quite simple and did not have a separate key for either 0 or 1 (as they could be rendered with O and l). The 0 key appears to have become popular on layouts before the 1 key was. Indeed I remember using my family's typewriter in the 1970's (age unknown) and it didn't have a 1 key.

The simple answer is that you are more likely to type '0' alongside another number.

1. Most people start counting from 1

Many computer languages are zero based (start counting from 0) but most people who use keyboards don't use them to write computer code.

2. Many keyboards also have a 10-key pad

A special type of keyboard can be used when entering lots of numbers. Many keyboards have a special 10-key pad off to the side where the 0 is so important that it is larger and has a dedicated thumb for pressing it often. Numerical entry from an accountant can be done there instead.

I will try to explain this from my perspective. To use the right half of my keyboard, I usually take my right hand. When you use zeroes it usually goes with larger numbers so if I am using a zero, I will take both of my hands anyways. While if it would be on the left side, next to one. It would push another number to the right side and would make me take my right hand which is one the mouse in order to just type a single-digit number.

Question of efficiency for me.

Not the answer you're looking for? Browse other questions tagged keyboard-layout or ask your own question.

87
Why are keyboard keys staggered?
3
Why is the "Shift" key below the home row and not on the bottom row?
7
Why do some keyboards extend the Return key up into the backslash?
4
Why some programs use alphabetically layouted keyboards?
80
Why do modern keyboards have Scroll Lock?
20
Why are the keys on a keyboard square?
1
Why does the numpad have arrows?
2
Why is the US keyboard symbol layout different from most other keyboards?