When is configurable options/settings a bad thing in the context of admin/super-users?

More configurable options/settings can be problematic for usability and technical maintenance because of potential complexity. My view is that in a setting where the user is a super-user who requires many options, more options in itself, if it is made intuitive and clear, is not a problem. If it is designed and organized well it shouldn’t be a problem to have lots of options as long as they are intuitive, independent and it is what the user want.

So when is having many options bad? Here are some of my thoughts on when more options become a problem: 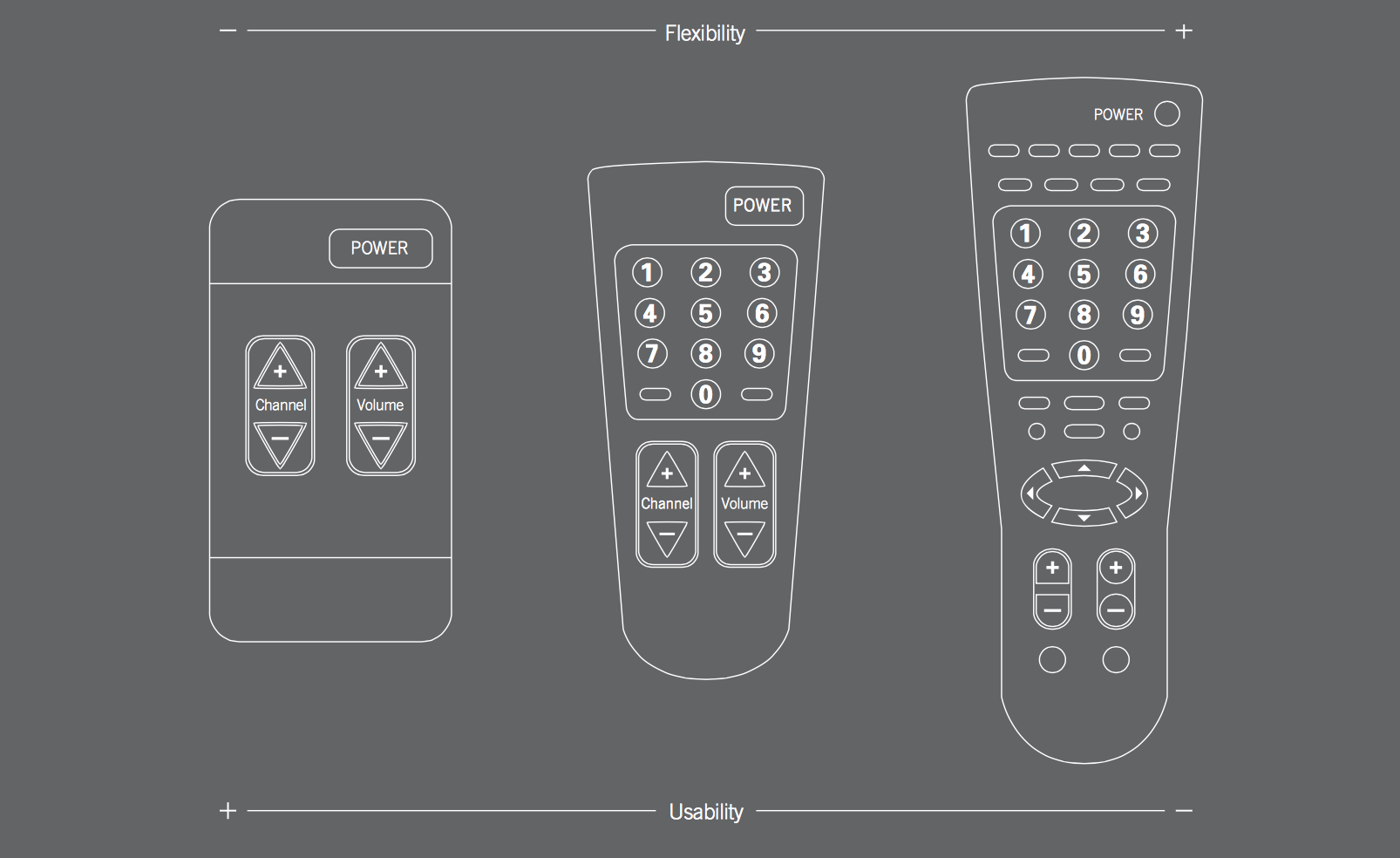 Usability vs flexibility is well known issue, particualry when it comes to enterprise software! Sometimes though, decisions in this area are not entirely designer led.. business pirorities as well as the need to remain competitive drive the demand for more configurable and flexible solutions.

Fortunately there are other ways around this situation and thats called "personalisation": So, Gather information about how your users are behaving when interacting with your product (logged-in state, Analytics, SPSS etc),build-up a "user-profile" and leverage this information to deliver an experience that is unique to individual users. This will reduce the need to for configuration and boost user confidence in your product.

if it is made intuitive and clear, is not a problem. If it is designed and organized well it shouldn’t be a problem to have a quazillion options as long as they are intuitive, independent and it is what users want.

The problem is that many options are not intuitive nor clear. They seems intuitive and clear for you, the author, but for your users they're not.

Secondly, an option is often a fire exit. You either don't know, or don't want to think, or don't want to decide for (or about) your users, so you simply add an option. It's an escape. It's way more hard to find out your users needs and add a feature which will "simply work", without any additional customization.

Personally, I refuse to add an option unless I'm absolutely sure there is no any way I can avoid it.

Like many UX question, this one has to be answered case-by-case with context attached.

Increased complexity is definitely a key penalty of options, so is the usability-flexibility tradeoff. You also have to remember to options often mean more cognitive load for users (more variations = less consistency; and more choices).

If I'm to write examples of pros and cons of options, I wouldn't finish in days, so I'd like to give two examples:

One problem with options that I've observed first hand is a system where many parts of the system where configurable to suit the needs of very diverse group of users and would allow them to tailor the interface to their needs.

The problem was that when people called support, agents found it extremely difficult to communicate with customers as one's system could look substantially different to that of another. The solution was to allow support agent to login to the system of the customers, but this approach also had some problems (eg, privacy or security).

It was also challenging to design since a form could have had 8 odd variations. Documentation was also a pain.

Allowing users to modify keyboard shortcuts is a good thing right? Well, amongst all music production application, one - Pro Tools - chose not to allow it. The result? Anywhere you'd go to the shortcuts would be the same. This universal nature of keyboard shortcuts, which for this application substantially improved efficiency was part of the reasons it dominated the market for many years. The learning curve was slower for many, but it would save you hours of work further down the line.

I think that a good conceptual framework to answer your question is given in this graph, from the Choice Paradox by Barry Schwartz (also see TED talk): 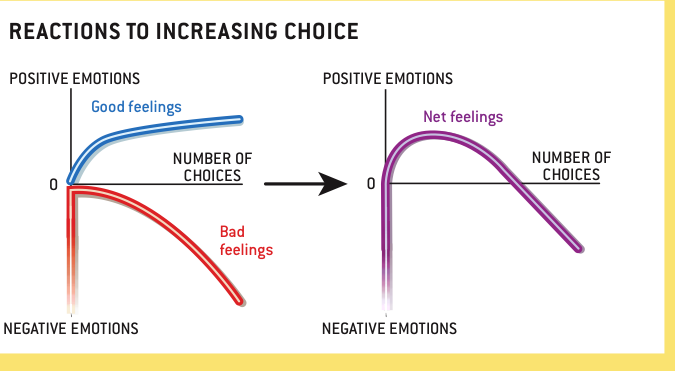 While this deals with choices, You can apply the same principle to options in UX: Weigh the pros and cons of the option provided within give context to work out its overall feasibility.

Not the answer you're looking for? Browse other questions tagged options or ask your own question.

4
When are you giving the user too many options to choose from?
4
What is the best way to display 15-50 choices when most users will select all and not know meanings, but some users will want specific choices?
1
Drop down configurable(can add options) on the go or in settings?
1
Why is Apple using the settings icon for showing more options?