how to name the Headers of 2 steps process wizard?

If you have a wizard which divides a process into 2 steps and the following flow is being made. What should be the header?

--->click on "create XYZ" which will take you to the step 1 of the wizard Page header: Create form 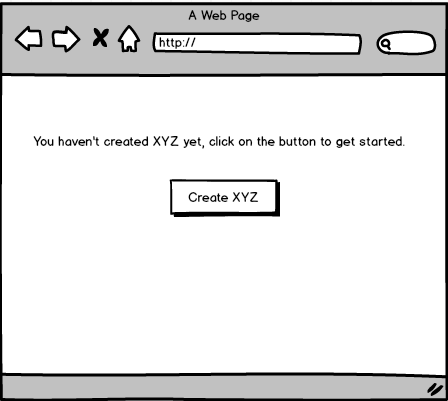 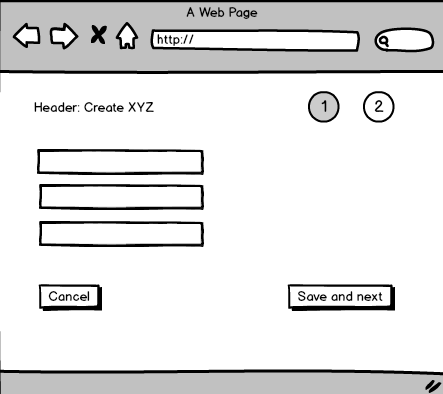 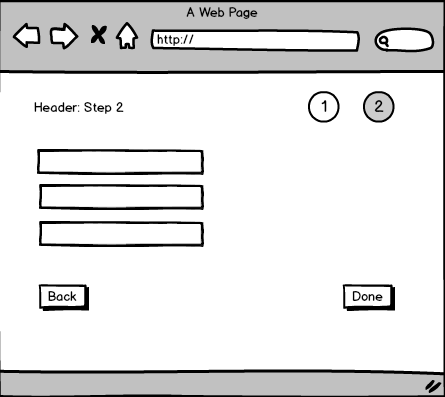 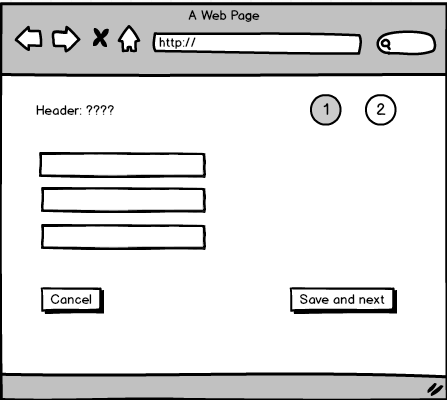 user-expectation wizard
Share
Improve this question
edited May 26 '15 at 9:39

Your process consists of two steps. Until both of them are complete it can not be said as completed. That means, the final click on Done completes the process. In that case, if user goes back to the first step, the header should not change.

User is still in the process of creating it. What happens if user abandons it on the second step? Are you saving the first step and allowing user to start from the second step directly at a later point of time? In such case, are you willing to split the flow into two different modules?

A wizard is used when there are dependent steps which users do one after the other. Hence, until all steps are completed you can not say process is completed.

Save and next should be used when the form is big and users are not expected to finish the entire process in one sitting. If you have few fields, you should check if you can just put next and complete the operation in one sitting.

Even if the form is big and you are going to provide save, does that mean the first screen contents are usable somewhere else in the system even before the next screen is filled? If yes, it should not be a wizard. If not then header title should not change, as the operation is still incomplete.

What is important as well is that for the step verbiage, you use similar syntax like well as verb + noun or noun, etc..

The advantage with this approach is that the Create XYZ process is always in context. You may also want to put the text below the step numbers in smaller text in addition to the page title or move the 1 and 2 numbers centered at the top of the page.

If user already created the form in the first step of the wizard (which I guess you mean a pop up overlay), in that case after clicking the back button I would recommend using "Edit Form" as the header, because user already passed the first step and the second step has been seen by him/her. So once they click "Back" they know that they are going back to change something in the created form, then the header must indicate that action, which is about changing/editing.

The solution to your problem is to use a descriptive title for the first tab that says what the user does there. Like Name your item or Set destination. If the fields on that tab are of mixed functionality and you can't think of a more specific phrase, use something general Basic configuration.

By avoiding the word "create", it's not as weird when the user revisits that tab.

Not the answer you're looking for? Browse other questions tagged user-expectation wizard or ask your own question.

4
Wizard for a process that can be exited and re-entered?
1
How to visualize a process result and report as final step in a wizard
3
big form VS steps/wizard
3
Is a wizard appropriate when the previous steps may need to be changed/modified?
2
Sub-steps navigation and positioning in wizard
3
Wizard - Optional steps now or later?
4
Wizard UI - empty steps
3
Wizard with optional steps
1
How to support a "Save draft" to a wizard approach when the user takes a long time to complete a step?