Should I implement complex gestures for expert users?

For the most of software, there are keyboard shortcuts allowing the user to make complex actions in a small amount of time.

These shortcuts are often made for advanced users and could be tricky and hard to remember (for example, Visual Studio allows the user to press Ctrl + K then another command). But they're really useful once the user know how to manage them.

Do you think this kind of advanced shortcut should be implements in mobile/tablet app?

All the actions could be done with the basic UI but using these shortcuts allow the user to perform complex actions faster. I think it could be useful for professional app where sometimes same actions are done every day.

I see no reason why not.

This are advance user actions. As such, they may not be easily discoverable to every user. It may not be intended for a normal user to perform those operations. In any case, there should not be any impact on normal operation of the user. The usability and trust on the application will reduce dramatically if users can not quickly attribute system changes to some of their action.

There should not be any conflicts. Tablets may not have concerns in this area, but if screen sizes are less, there are chances that incorrect inputs would be registered. So one has to take care while developing for smaller screens. Probably check for cut offs when the screen size falls below a certain threshold. Also there are some system wide gestures too. The way we consider default browser shortcuts for conflicts in a web app, we would have to check for system level gestures.

Similar to the concern of normal user operation and conflicting gestures, I am remembering a double click issue. Certain android devices used to wait in anticipation of a double click and consequently delaying the single click action.

This means that, no matter what, every time you hit the Home button, your GS4 is waiting for a second press to see if it needs to launch S Voice. - source

The domain of the app would also be of importance here. If a financial application introduces this then people will quickly start mistrusting the app. If the same thing is done by a game to appear like an Easter egg, people might love it more. Enterprise apps would come somewhere in between and it will depend upon how they are implementing it.

Reminds me of how we are expanding upon the gesture support in Android as of today. Single pull down opens up notification tray and double finger pull down quick settings. Users are getting accustomed to this, so I think this would be a interesting thing to try and study.

These so called expert accelerators are truly useful in UX since they allow an interface design that is both minimalistic and clean for new users, yet increase efficiency to expert users. Keyboard shortcuts are a great example for this.

Expert accelerators are often 'unseen', meaning you need to delved into this manual or tutorial to learn them, which means they do not clutter the interface.

The general maxim is that new users don't want to learn, since learning means cognitive load and all they want to do is complete the task.

Expert users, on the other hand, often make frequent and repetitive use of the system. For them, the time saved by learning outweighs (sometimes by a large margin, like in the case of Crtl-C) the time learning takes. So accelerators for them are real time savers (as they reduce performance load - either cognitive or physical load).

A good example of the gain/loss principle can be seen in screwdrivers.

If you only screw 8 screws a year, this will do:

You wouldn't go and fork your money for anything else.

But if, like me, you screw around 20 screws a month, this becomes tempting: 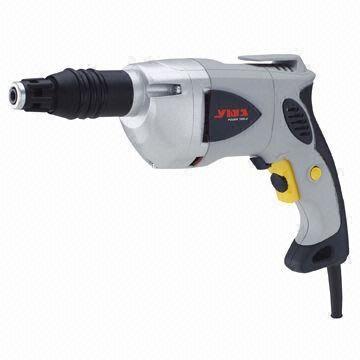 With 20 screws a month, you are likely to opt for the main-connected ones, since you don't want to charge the battery before each use.

But if you're a mover, and you screw things everyday, this is likely to be your choice: 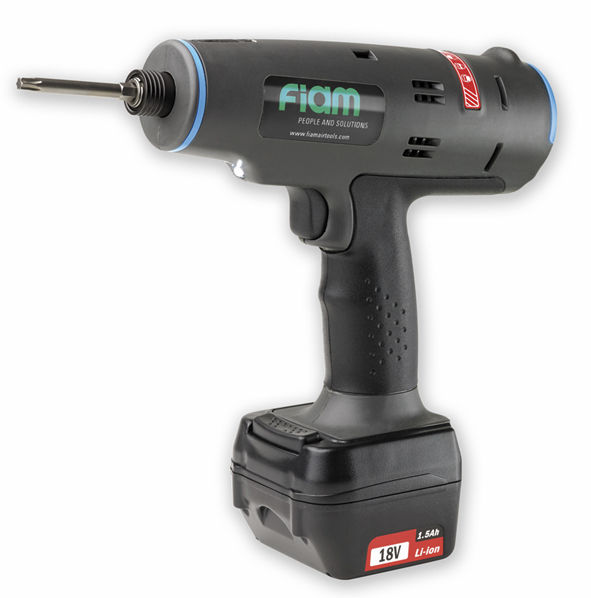 Since the cable, and having to find a socket will be more annoying than having to charge the battery.

All of the above answers are great !!

This is what I can suggest :

Complex Gestures are combination of simpler construction blocks and based on the behaviour of your UI (tablet / app etc). So maybe can I suggest you think about your UI and chart out the entire gestures you have currently and then build the complex ones from the simpler gestures.

Quickly : I think Drag, Pinch, Spread, Press and Drag, Press and Rotate, three fingers and swip to right or left etc comes to my mind as complex multi touch Gestures.

Also
a) you might have to think how to introduce these gestures. (First time use).

b) Lets say the user may not get the angle of the complex gesture right all the time. So the system should be forgiving. Maybe you need to think of tolerance. (Adoption)

c) Matching the right functionality and feedback to the right gesture will be awesome. (End)

Not the answer you're looking for? Browse other questions tagged mobile tablet keyboard-shortcuts gestures or ask your own question.