Showing a tree with only 2 branches on each node

We have a function in our application that allows us to run a task. Depending on if the task succeeds or fails, it does a different task afterwards. This task chain/tree continues until no more tasks are defined for the success or fail result.

We have a request to be able to show all possible paths of this tree-like structure so a user can get a visual overview of the chain without viewing each task's details individually and creating the visualization in their head themselves.

My question is, how do I best visualize this tree while making it clear what the success and fail states are for each task?

Here are my current ideas as to how to do this: 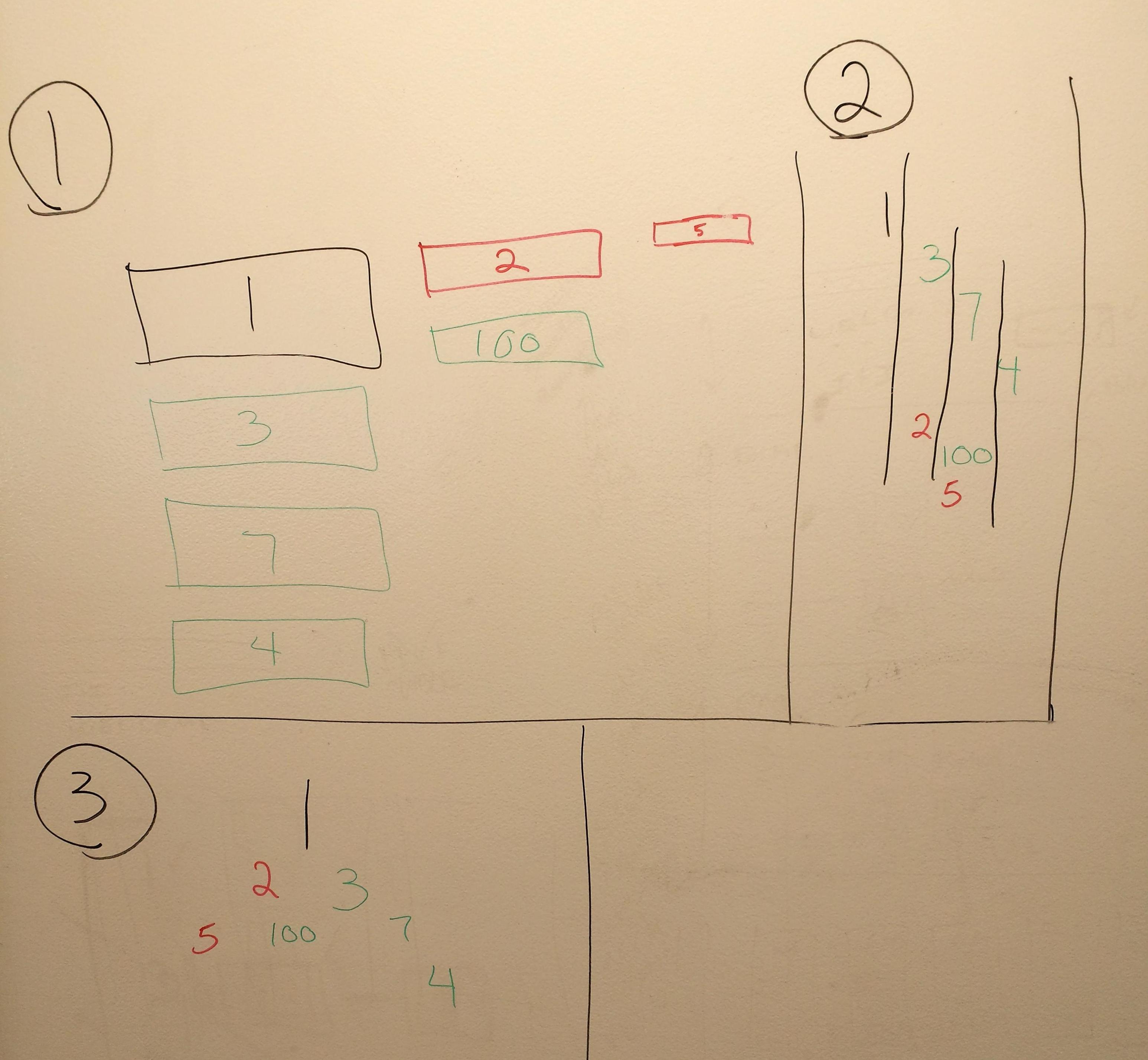 For (1), the success paths would go downwards while the failures would go towards the right. The problem is that as there are more failures, the subsequent tasks become smaller as they have to fit in the original row's size.

For (2), this would show each pass/fail task tabbed over from the parent task to signify it's position in the tree. However the problem is that as the path of successes grows, the initial task's failure gets pushed further down the page.

For (3), this is a variation of (2) but just showing more like a flowchart. This has similar space issues as (2), but just in the opposite orientation and also it seems less intuitive with only 2 nodes per level.

Let me offer an alternative way to think about the problem. The first thing I can think of to simplify the problem is to only show what's required. So just think about the different possible starting points for the task, and these will be the 'root' nodes.

The second thing is that even though the underlying structure is a binary tree, for the user each step is a linear process where they continue to perform tasks until they reach an end point. Therefore, I think the important relationship to show is how long the steps can be and which combination of pass/fail events will lead you to that end point.

I think an important element that is missing in this visualization is also the type of task, so you can also incorporate this information as another visual element in the display.

To give you an example of what I mean: 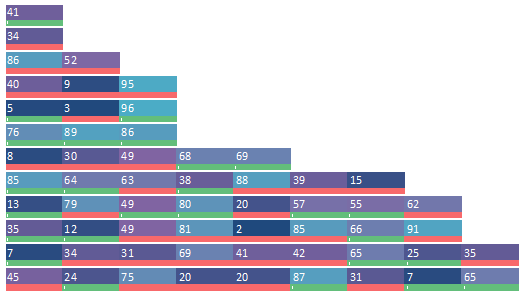 This visualization sorts the tasks in order of the number of steps it takes to complete, while showing each task number along with the pass/fail status of each task. Compared to the tree/graph representation, it provides a different way to visualize the information that still shows you the different combinations possible, but doesn't try to convey the complex of it all (which is difficult to interpret anyway).

Based on your feedback, I have made some design changes and suggestions: 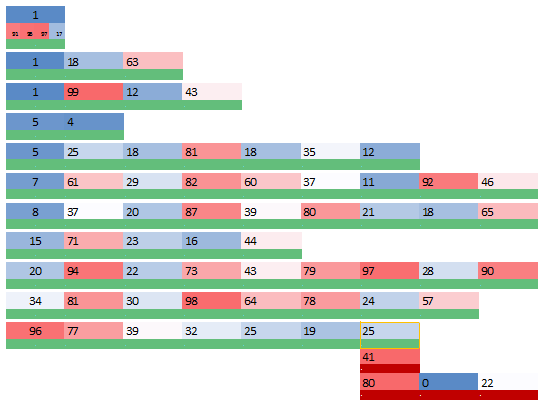 Happy to chat or take the conversation offline if you are interested in exploring this idea further.

Not the answer you're looking for? Browse other questions tagged info-visualisation tree or ask your own question.

5
How to display a tree view with thousands of records?
1
Best option for showing an unbalanced tree
2
Tree view: How to indicate that only some sub-items are selected?
7
Best UI to create complex data structures; Node Tree, List Tree, Miller Columns, or something else?
1
Hierarchical tree with bubble up, cascade and folder selection capabilities
1
dealing with potential overrides in a tree structure
7
Tree View with Popular Sub-Items Preview
2
Differentiate between selecting a tree node and expanding it
0
Showing two informations in tree node
1
Categories tree structure UI with brands and setting value with inheritance