UI for displaying a QR code on a broken screen

Suppose a user wants to display a QR code on their screen, but either the screen is dirty, or cracked. I want to allow the user to have the option to split the QR code into sections so it can be scanned.

Technically this means I'll be displaying much less data, increasing the QR error correction rate, and increasing the size of the QR. From an application perspective assume I'll be able to consume these smaller chunks of data.

If the screen is broken:

Next, I need a way to move from one QR code to the next with the same constraints as above..

I'm going to assume that you will take care of the entry point to the app, and this question is about displaying the QR codes.

The question of how to detect and display a broken screen is much too broad.

Here's an approach that incorporates these concepts 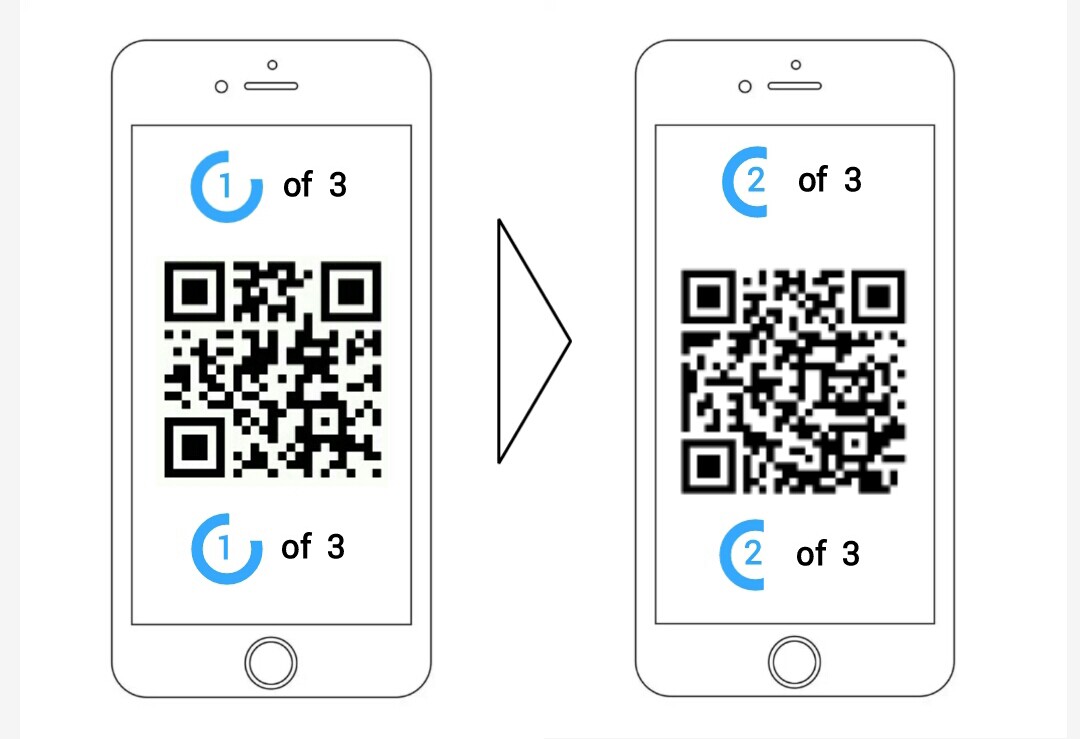 Instead of splitting the QR Code into multiple lower-resolution QR Codes, each containing a portion of the encoded data, consider turning down the error-correction level and then animating the original QR Code. Have it hop around the screen, staying still after each hop just long enough for a watching camera to attempt to read it.

If any portion of the screen is clean and functional enough to display the image, the image will eventually appear there, allowing the QR Code to be read.

Reducing the error-correction level should keep random spots of dirt from being interpreted as part of the QR Code and could also reduce the size of the image, allowing a smaller area of functional/clear screen to display it fully.

Why not skip the on-screen display of the QR code completely and instead print it out and stick it on the side / back of the screen? There could even be a phone number next to it with "in case screen is brolen please call..". This would even work, if the screen got completely out of order.

Not the answer you're looking for? Browse other questions tagged mobile touch-screen qr-codes or ask your own question.

17
What are the most adopted use cases for QR codes? Do alternatives or variations provide better user experience?
4
Solution when I need small links on mobile optimised site for touch screen devices?
3
What is the optimal QR code size on screen?
5
Integrate a QR code scanner in my Android app or call one via Intents?
4
Which gets more interactive: QR code or shorten link?
2
How do I improve the QR code scanning experience?
3
Bluetooth vs. QR code for exchange of user-generated writing pieces
1
using bar-code scanner within website