Can we use ghost button as drop down button?

If you notice, there is close icon next to close button. Do you think its very smalll and it should also be button? That close is to close page. 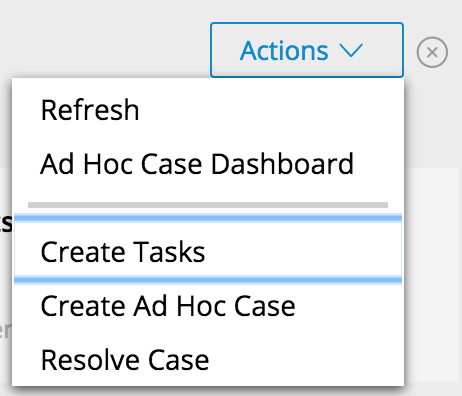 Ghost buttons are primarily a visual treatment of an element. In this regard there isn't a direct reason not to use it for a drop-down menu. Compared to solid buttons ghost buttons have low visual prominence. In that regard, ghost buttons can be used in conjunction with solid buttons if it supports the brand, existing UI and especially the visual hierarchy of the element in question.

The X does not need to be a button, as it acts as a signifier of the natural behavior of a drop-down, which is that a click or tap outside of it will close it.

Otherwise it is a matter of consistent UI controls across the site/app. If all other UI controls are solid consider making this solid as well, if they are 'ghost' styled then stick with that.

They don't all have to be styled the same but should follow a discernible pattern. The pattern should be obvious to someone who has never used it before (even if your users are all dedicated and trained on your tool).

Not the answer you're looking for? Browse other questions tagged buttons close or ask your own question.

3
close button for item details page
5
Evidence of a difference in conversion rate between a “ghost” and a “traditional” button?
21
Can we expect users to close popovers by just clicking away?
0
Appropriate label for a button that takes a user to an item?
47
Are “close” and “x” on a popup redundant?
3
Reducing Button Clutter and improving UX
1
Explain button function on mobile app
2
Button reaction depending on the x-coordinate
3
Should I use multiple icon for two states of toggle button