How to make user understand differences in swipe actions

In an iOS application the user can swipe a card left or right and each has a different meaning.

I watched users as they use the application but they don't understand the meaning of the actions. They just randomly swipe left or right. I made a simple tutorial with 1 sentence in a page (4 page long) but realised they won't read the tutorial.

How can I make the users read the tutorial or somehow make them realise what the swipe action means?

Let's start by understanding why users are behaving this way:

Assuming you want to stick to this design, what does this mean?

Here is one design which incorporates these behavioral constraints:

Whether or not this works for you, hopefully the observations above will help you design a better solution.

There are two ways to do it.

François D. has already provided ways to do it, I would just extend it by differentiating between left / right actions. I would give you an example of Mailbox 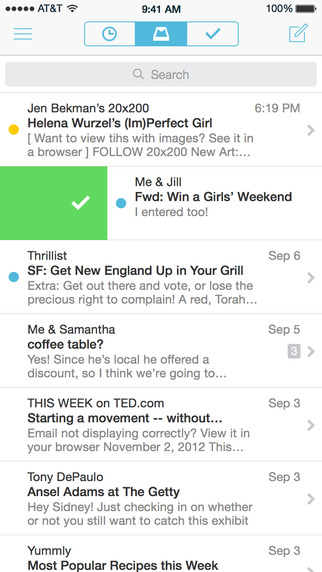 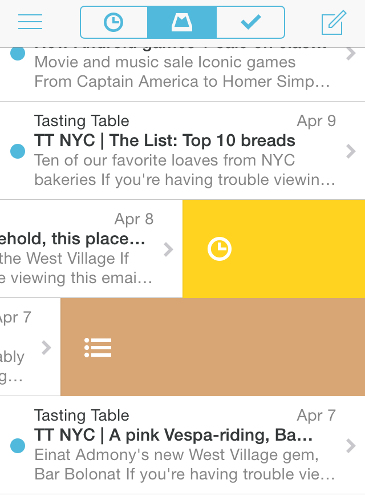 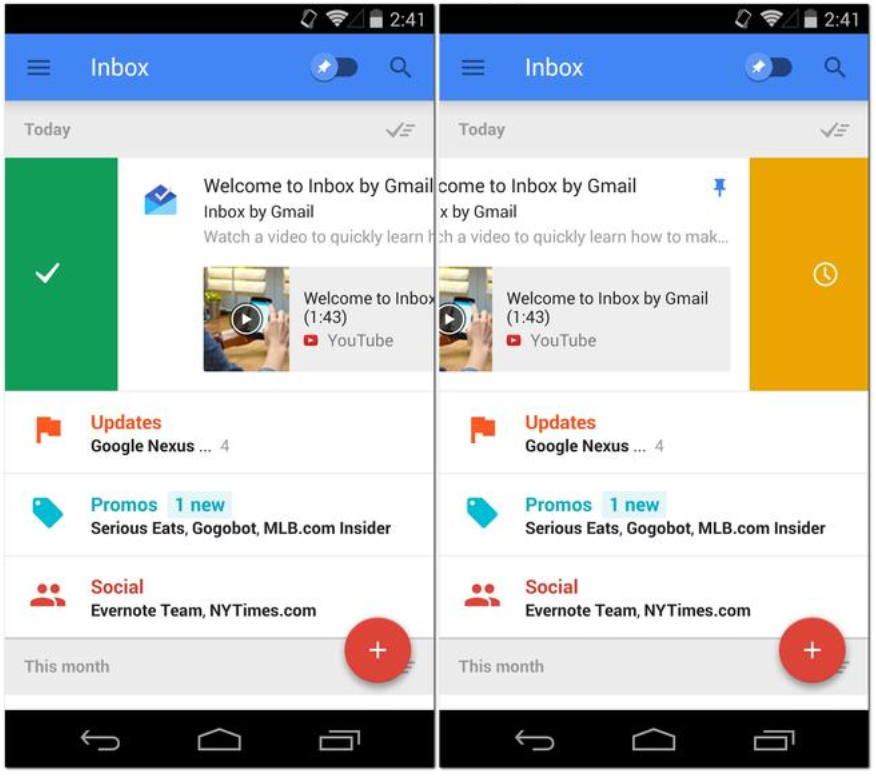 or even Tinder (I could not find a good screenshot which exactly shows swipe).

In addition, If your left/right actions are contextually different and have different frequency of operations, you might even try playing with the target area which allows the swipe. For more common and frequent action you might use a 50% vertical space, for less prominent action you would use a 10-15% vertical screen space of the other side.

Here's my attempt at a possible solution. (I couldn't rotate the squares in Balsamiq so just imagine they rotate a little in the direction you're swiping).

But the idea is that text or an icon that says or symbolizes the action appears when the card is being swiped in a certain direction. Swiping through or releasing will perform that action. 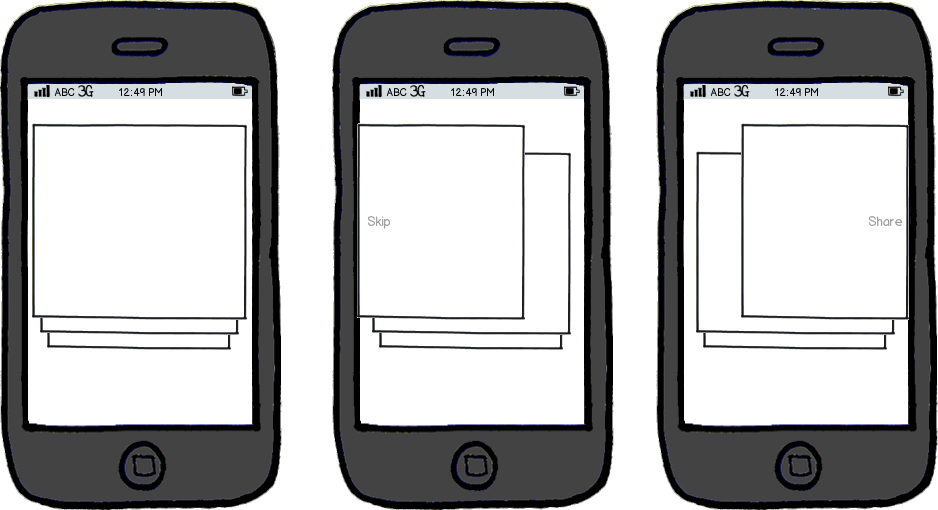 You can explain the interaction without the need of a walkthrough or a tutorial at the beginning of the app. I mean how often do you yourself skip these walkthroughs or blaze through them? Right, the same will go for a lot of other users.
Here is a well read article about it from a while ago.

I expect with this solution the user will at first read the explanation, but will quickly remember the controls and speed up their interaction by not having to read it anymore.

Two other solutions shown in answers on this post (the mailbox examples) are similar, but to my opinion are not usable with cards.
I took my idea from Tinder where they add stamps to the photo when swiping in a certain direction. They also added two big buttons at the bottom for the same actions.

Besides of contextual help like others suggested you should consider offering ways of instantaneous feedback to allow users learn through interactions in addition to reading hints and checking out info boxes and tutorials beforehand.

Try out to display alert boxes (as @Hawk Nick suggested) with a short description of the impact of the action the first time users are going to swipe left and right so they can distinguish between both actions and learn to anticipate different results while executing the task. 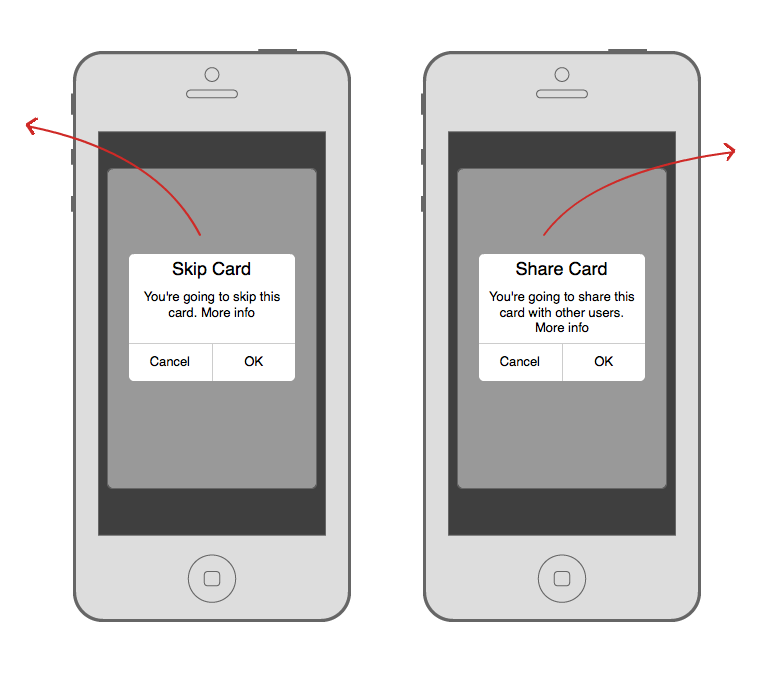 These results should reflect somehow the users former behavior to reinforce learning the pattern, like “You’ve skipped X cards, would you like to review them again“ or “A card you’ve shared was shared X times again.“.

Not the answer you're looking for? Browse other questions tagged mobile-application swipe tutorial or ask your own question.

0
Multiple documents on mobile screen that are long
1
How can I make this step by step booking process more seamless?
3
WP8 tutorial/wizard button layout
0
Prompt user for swipe for deletion - Design
2
Is there a research about effectiveness of swipe interfaces vs tap interfaces?
0
Deciding to swipe a card right or left cognitive load?
1
How many steps is considered "too many" when providing the user with a tutorial?
2
Left-handed vs. Right-handed User
0
iOS Swipe to edit difficult to discover
1
Start swipeable pages on the last screen?